Lent’s just not what it used to be 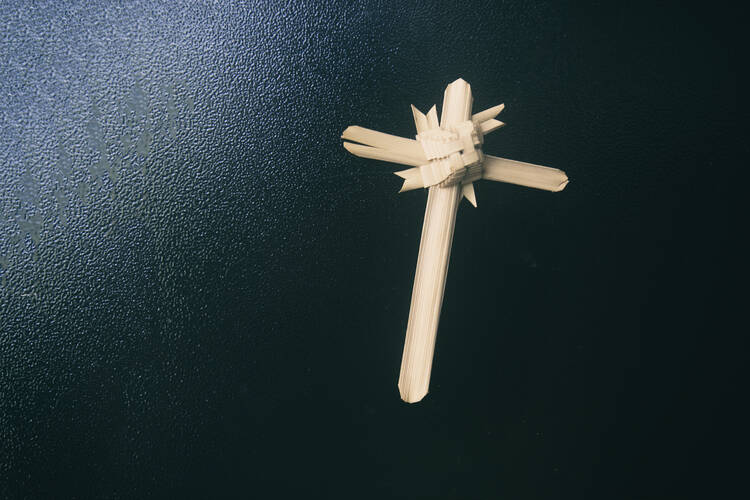 Lent is not what it used to be. Fasting and abstinence have been reduced to a minimum. Crowds for weekday Mass and seasonal devotions have ebbed. Few Christians renounce the theater and the cinema in a spirit of penance. Still, Lent remains our great ascetical season, one part Jenny Craig, three parts Stoicism and six parts Gospel. It is the desert where we seek a spiritual freedom that differs from free will, the freedom of the virtuous pagan and the liberationist freedom of altered social arrangements. As we drape the church in purple, we sharpen a will that has grown dull and rediscover the Christian liberty to adore and serve God as our supreme desire.

The evangelical counsels can help us to grasp the freedom of the redeemed during Lent. Poverty, chastity and obedience are not limited to the formal vows undertaken by members of religious orders; they are the virtues of any Christian who seeks to love God as a mature disciple lucid about the world’s seductions.

Poverty frees us from being defined by the material goods that beckon us. The decision to forgo a favorite food reminds us that we are more than our physical appetite. We choose to pray or just to think—to exercise the spirit—rather than to surrender automatically to hunger. In a marketplace of consumption we consciously choose to sacrifice what we usually unconsciously treat as a necessary part of our daily routine. Window shopping can become an arena of resistance when we place the new shirt or laptop we covet at a deliberate, unpurchased distance.

Perhaps more crucial is the decision to refuse the spell of the screen for a week or even an hour. Contemplation and the art of conversation replace the omnipresent image and background noise. Such mindful dispossession can free us to embrace the impoverished other in the simple act of almsgiving. Even at its most partial, the desert’s denudement reveals to us our freedom to challenge the encircling chatter and to recognize how deeply our daily slavery to it has drugged our spiritual senses to sleep.

Chastity is more than the refusal to engage in sexual relations outside the covenant of marriage; it involves a purification of our desire to use others as objects of carnal conquest. A Buddhist student of mine once wrote a fine essay on Buddhist sexual ethics. She argued that in her religious tradition, just engaging in romantic daydreams about someone who is not your spouse or fiancé violates that person’s integrity. The real person is reduced to an object of imaginative fantasy and illusory domination. As our bishops have recently warned us, cultivating such a detached, sober love in our pornographic culture is no easy task. Chastity involves more than sex. It is an oddly analogous quality.

I was once visiting a church whose neoclassical sanctuary had a simple color scheme of blue, silver and white. An architect in our group was astonished at “how chaste” the building was. We often “feel chastened” during a moment of humiliation, such as when someone we have mocked in the past praises us to others. The virtue of chastity frees us to step away from our exhibitionist culture, cluttered with cant, and to embrace what is pure, simple, unadorned, objective rather than projective.

Lententide obedience is more than filial piety. One place to begin in the search for Christian freedom is creation itself. Christian Stoics often conceived of the cosmos as the obedience of otherwise soulless matter to God’s will that the world should exist and that it should exist in such a rational, harmonious pattern. All human science, art and morality become enfolded within this one great assent to the divine will flaming out in the universe. As a priest and a university professor, I have often counseled students about their vocational choices for the future. Despite the omnipresent A.M.D.G. signs on campus, it is rarely the glory of God that motivates such choices, even in the lives of pious students.

Part of Lenten asceticism is scraping off the rust from our distracted souls and reigniting the joy of a freedom rooted in personal obedience to God’s will. Of all the sacred seasons, it is Lent where we penetrate to the heart of this obediential freedom, finally found in Christ and not in our own ascetical exercises. With Gethsemane as the prelude, the cross reveals this obedience in all its saving power.

Show Comments (
2
)
Comments are automatically closed two weeks after an article's initial publication. See our comments policy for more.
Henry George
6 years 11 months ago
Thank you Fr. Conley, I still do not understand why the Church became more and more lax after Vatican II, were we confused/ashamed of our ascetical practices ?, did the Church think that such purging of practices would lead to more people attending Church - coming to God ? I am at the age that I attend more and more funerals. The local Parish Priests tells us at each one that the deceased is now in Heaven. Even when the Deceased was quite determine to make it to Purgatory at best... If most Catholics think Heaven is their next stop after death - no wonder Lenten Ascetism is more and more rare.
Barbara Sirovatka
6 years 11 months ago
Thank you Fr. Conley for your beautiful reflection on true freedom rooted in the only Reality: God's will for us.