A Christian Response to Alzheimer’s

A Christian Response to Alzheimer’s 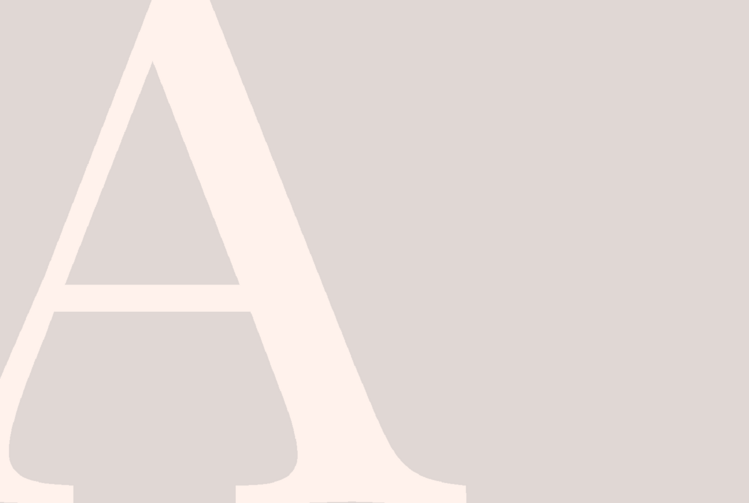 The plot of “Still Alice” instills terror, especially among aging academics. Dr. Alice Howland, a brilliant cognitive psychology professor begins to have memory lapses in lectures and personal life. Slowly but surely she falls victim to Alzheimer’s disease. Julianne Moore has won a well-deserved Oscar for her portrayal of the degenerating mental capacities that rob Alice of her career and personal independence. A dreadful message is conveyed: No matter how much brain power and intellectual achievement you possess, Alzheimer’s disease can take them away.

For 10 years I watched the decline of my lively and lovely stepmother, “Lady.” She ended in completely helpless and passive silence. Despite receiving kindly, expert care in a beautiful facility, the sorrow and pity of her disappearing self could not be ignored. Only feeding and physical care remained with but minimal response. Earlier stages of descent into self-loss can be painful because enough consciousness exists to be able to suffer and protest. Yet some positive emotions also persist through the loving use of simple language, touch, music, art, nature and movement.

The challenge and sufferings for caretakers and families of those degenerating with Alzheimer’s can be grievous. Many heartrending memoirs and dramatic accounts have appeared before Alice’s. By now also, many guides, books, programs and groups are available to help caretakers. The practical decisions to be confronted are legion, but the psychological and spiritual trials are more searing. How can the patient respond to the disease, and spiritually prepare? I have seen less treatment or writing aimed at helping the individual facing progressive and certain mental degeneration. How can a Christian respond in such a life crisis? It is not the same as an imminent death or accepted Christian martyrdom. The intentional self who chooses to love and serve God faces losing the self-consciousness that makes self-offering worship possible. If initially diagnosed with Alzheimer’s disease tomorrow, what spiritual preparation would I seek? Practicing the sacrament of the present moment perhaps.

In the early stages of the descent surely all the nonverbal resources of music, ritual, touch, beauty and nature could come into play in interpersonal communal actions. At Lady’s Alzheimer’s residence one day, the visiting Catholic priest said prayers, gave blessings and distributed Communion to all of us assembled in the library, with no questions asked or responses required. Perhaps this is like when infants in their parents’ arms receive the Eucharist as members of the larger body. But did our beloved residents know what they were doing? More crucially, what earlier preparation did they have for their time in selfless mindlessness?

One early strategy that occurs to me is to recruit a trusted friend, or two, to “see you through,” as Henry James described it. Alice felt this need. Friends, who really approve of and appreciate you, can complement the caretaking of family and professionals. The friends jobs would be to tell you what you don’t know you don’t know about your self —as in, “you shouldn’t be doing that (lecturing, driving, traveling, etc.) anymore. Or, you can still do it, so keep going. The other mission would be to keep social communication going as long as possible at whatever level. The quality of every life depends on the kinds of personal interactions you have, at home or in institutions.

Friends could also help back up your do-not-resuscitate decision for a good peaceful death: No breaking up the chest, no tubes, no ventilators and no aide to suicide, or euthanasia either. As one priest remarked about a saintly priest friend with Alzheimer’s: “We’re all hoping Henry’s cancer kills him first.” Clearly those medieval bestsellers on “The Art of Holy Dying,” are ready for revision.

Show Comments (
3
)
Comments are automatically closed two weeks after an article's initial publication. See our comments policy for more.
ed gleason
5 years 2 months ago
My wife Peg has Alzheimers for 3 1/2 years. At 81 she is still very verbal and she still volunteered with the homeless in a Church, She stopped last September, more because of the physicial strain than the dementia. We belong to two support groups meeting every week.. one where the caregivers are separate and one where we are all combined. Both have advantages. We all learn how to cope from watching the others, like being in a hall of mirrors. Caregiving is difficult but it's true that caregiving is a blessing on a journey.... on becoming a better person. I see other caregivers doing remarkable coping and growing in patience and compassion. We caregivers once reflected on how parents coping with autisic, Downs, paralysis in children so often become better people.when dealing with their difficulties. My best friend did 10 years joyfully.caring for his Parkinsons inflicted wife. He passed on at 88 a year after his wife passed so I have a mentor I can imitate and still 'talk' too. The data shows that our longer living is going to increase the disease numbers dramatically. Millions are being invested in research but support groups which are much less expensive need to increase too ; meeting rooms and facilitators are a lot cheaper than the big bucks research. [showing more results than research too].
Bruce Snowden
5 years 2 months ago
Hi Ed, - Sorry to read about the shape of the Cross in your Wife's life, a weight no doubt shouldered by the whole family. My prayers and my wife’s are with your Wife you and all. As a participant in an Aging Study conducted by the Albert Einstein Hospital and School of Medicine in NYC in which I volunteered to continue and have been accepted, even though I now live in Georgia, cognitive, biological and associated testings have shown that I do not carry the Alzheimers gene. So I keep asking myself why at 83 am I so forgetful? Instant recall is gone and absentmindedness reigns! Maybe when the time comes and my brain donated to the Study happens, probing may discover important data useful in treating the elderly. About absentmindedness here’s a true and funny recall. Some sixty years ago in class a professor who at age fifty put to rest his books and went to mission in Okinawa, placed a note on the door to his room telling that he would be back in a few minutes. The priest returned, read the note he had written and placed on the door and proceeded to await his return! Soon he remembered that it was his note on the door to his room which he quietly entered. The story of this truly “absent-minded professor” now in the Land of the Living, lives on! For a few years at a NYC Catholic Health Care Facility I volunteered to work with Alzheimer residents, at times a wrenching experience, but always a blessed time for me, a grace to be with God’s Special People who were living out up front and close St. Ignatius Loyola’s prayer, “Take Lord and receive my liberty, my memory, my understanding my entire will … your love and grace enough for me.” My mission included walking with them, talking with them, answering often disconnected comments and making them feel loved and appreciated. There was one little Italian lady who loved to dance, so I’d dance with her letting her lead the way. Repetitious work, like folding napkins, or tasks requiring little or no cognitive input was encouraged and the ladies (mostly ladies in my care) loved it and it also gave them a sense of accomplishment even if they could not identify it as such. In the meantime if ever in some way I lose cognitive abilities I’m doing now what the good Sisters taught me to do seventy-five years ago – “offer it up!” How? While I can do it, I say daily the above-mentioned Ignatian prayer, telling Jesus, that no matter what happens, his “love and grace are enough for me.” May our Blessed Mother and St. Joseph whose feast we celebrate today give us all helping hands
ed gleason
5 years 2 months ago
Thanks Bruce, Alzheimer's gives us both a chance to learn to live in the present. Memories may be overrated and the future has no existence yet, Peg's long term memory is still great, it's just yesterdays stuff' They say Irish Alzheimer's is when you forget everything but the grudges.
Advertisement
More: Health & Wellness