On Dying Well: A paradoxical relationship with death 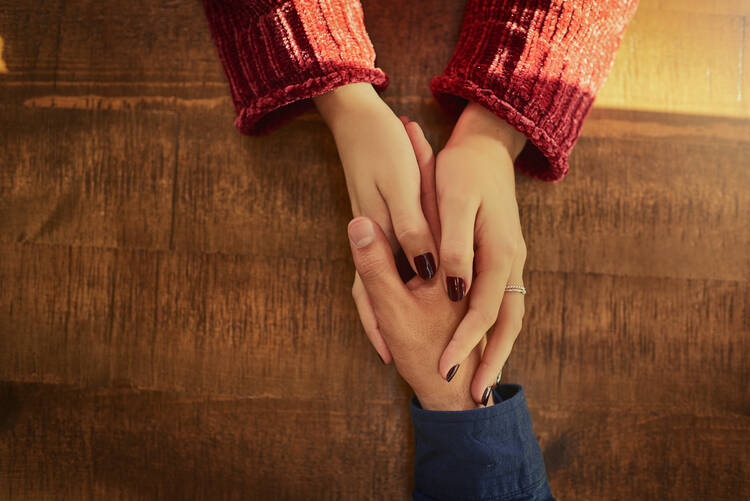 Last year Brittany Maynard’s controversial decision to “die with dignity” captured the national imagination and rekindled the contentious debate over the right to die. She was lauded by many for what they called her courage. The Washington Post columnist Richard Cohen praised her suicide, calling it “admirable,” “sensible” and “dignified.” Others have derided Ms. Maynard for what they considered cowardice, calling her “selfish” and “prideful.” Nearly every angle of this story was exhausted as Ms. Maynard increasingly became a prop for argumentation. Though in many ways she was an outlier among those who have chosen assisted suicide, her case is important because our rapacious consumption of her suffering and death has revealed just how deeply conflicted we are about these profound human realities.

On the one hand, we naturalize death. We make it just another point on the continuum of life. At the same time, we fear death and push it to the margins of lived experience. The dead are gotten out of the house—or more often the hospital bed—and into the ground as quickly as possible. Yet on the other hand, death continues to be experienced as an evil, as a break, a foreclosing of the possibility to love a particular somebody. But the more we push death and dying to the peripheries, the more we consume the spectacle of death. Such a contentious and contradictory relationship is only exacerbated by the fact that suffering so often accompanies death, and we are as ill-equipped to encounter suffering as we are to face death.

For those who cannot see beyond the material horizon of death, suffering that does not appear to have proximate material benefit is emptied of the possibility of meaning. Despite modern efforts to deny death’s sting and to excise it from the daily goings-on of life, we remain keenly aware of death’s nearness, fearful of its capricious cruelty. Indeed, euthanasia and physician-assisted suicide are as much about unseemliness and fear of suffering as they are about death.

Euthanasia is currently prohibited in the United States, but physician-assisted suicide is legal in five states. Oregon led the way in 1994, followed by Vermont, Washington, New Mexico and Montana. New Jersey and Connecticut are currently considering legislation that would legalize the practice of physician-assisted suicide. In Europe, the Netherlands was the first country to legalize voluntary active euthanasia, amending its Penal Code in 1985. Voluntary active euthanasia is distinct from physician-assisted suicide in that the doctor, and not the patient, administers a life-ending injection. Belgium and Luxembourg have since introduced similar legislation. In 2004, a Dutch doctor euthanized a Catholic nun, who was dying of cancer, against her will because he believed her religion prevented her from rationally assessing her situation.

In February of last year, the Belgian parliament voted to legalize euthanasia for terminally ill children with parental consent. Belgium legalized euthanasia for adults 12 years ago and now leads the way in expanding euthanasia laws to include children. In Lithuania, the health minister has recently proposed the possibility of euthanasia for poor people who cannot access palliative care. The logic of euthanasia and physician-assisted suicide tacitly asserts that suffering necessarily devalues human life. In an attempt to radically reconfigure and domesticate the mystery of death, a “death with dignity”—that is, a death without suffering— becomes preferable to a life that remains open to the possibility that suffering can intersect with love.

Arguments for euthanasia and physician-assisted suicide typically invoke the grammar of compassion, peace and dignity. We all hope the dying have a peaceful death. In fact, in the Liturgy of the Hours, Night Prayer ends with the petition, “May the all-powerful Lord grant us a restful night and a peaceful death.”

With the advance of utilitarian idealism and medical technology, it seems that nothing but a peaceful death will be acceptable, wherein peace is reduced to the absence of pain, emotional and physical suffering or the loss of cognitive and physical abilities. This understanding of peace empties compassion of its original depth of meaning as co-experiencing, suffering with. This logic cannot account for the martyrs or for anyone who endures great suffering all the way to the end. Rather, the use of this grammar masks the insidious affirmation that the one who stands to lose all her abilities and suffer greatly is better off dead. Indeed, so thin an account of peace means that the Catholic nun who was euthanized against her will was in fact incapable of rationally assessing her situation.

The use of the term dignity to describe this death is deeply problematic, since it masks the reality of fear and equates dignity exclusively with radical autonomy, choice and cognitive capability. The result is the not-so-subtle implication that the person who chooses to endure diminishment and suffering dies a less dignified death. While the mendacious logic of this narrative of dignity is largely unexamined, the logic of absolute autonomy remains unquestioned.

Yet not all narratives are equal, and there is another narrative that is routinely neglected or, worse, rejected out of hand, a narrative grounded in the logic of the Cross. This is a narrative in which suffering unto death can be penetrated and transfigured by the mystery of love—particularly in cases like Ms. Maynard’s, when one is surrounded by loving family and friends. This transfiguration occurs in hidden intimacies. Choosing to die early forecloses such possibilities. Had she not taken her own life with the assistance of a physician, she, like many who suffer terminal illness, almost assuredly would have been stripped bare of her abilities, perhaps even her mind. Indeed, there was nothing material for her to gain in suffering, only loss. Almost assuredly there would have been no inspiring recovery story to tell at the end. Rather, Ms. Maynard might have become unproductive, unattractive, uncomfortable. She would just have been. But she would have been present in a web of relationships. Even had she fallen unconscious, she likely would have been read to, washed, dressed and kissed. She would have been gently caressed, held and wept over. She would simply have been loved to the end. 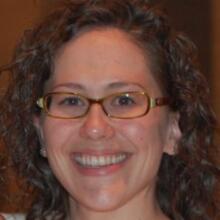 Jessica Keating is the program director of the Office of Human Dignity and Life Initiatives at the University of Notre Dame.

Show Comments (
2
)
Comments are automatically closed two weeks after an article's initial publication. See our comments policy for more.
Vic O'Callaghan
7 years 8 months ago
One of the greatest barriers to understand the dignity of the cross is in fact the cross itself. Like any great moment in history, the image of a stripped, tortured and naked man in agony is not an image that inspires dignity. But as with all transformative events, the cross provides us with constantly access to the non linear universe. This is in fact, the universe in which we inhale our first and last breaths. Thank you Jessica for your article. We need more talk around this fact of life and death. I remember kissing my father's forehead as he died. It sure was not a hollywood death, but when we were all present and focused on his essence, we saw nothing else.
Bruce Snowden
7 years 8 months ago
Vic, You kissed your Dad's head as he was dying. As an infant, toddler, young child and beyond, I feel paternally sure your Dad kissed you often, as I have often done for my kids, they now near middle life, so you did for your Dad lovingly what he had done for you lovingly, again and again. A Blessing and all so very beautiful! Twenty years ago it fell to me to be with our Mom when she died and it was my privilege to hold her hand as she passed. I often wondered how it would be when the time came - it was peaceful as the thought came to mind, here I am holding the hand of the woman who taught me how to walk, as she now walks into the Land of the Living! It felt good. Thanks be to God your Dad and my Mom are now seeing up front and close what we know about only dimly through Faith!