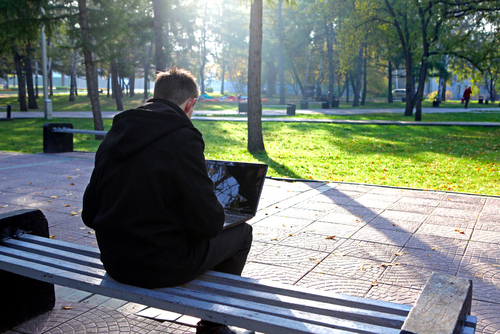 What do you get for the person who has no one? The U.S. Census Bureau reminds us that next Sunday is the beginning of Unmarried and Single Americans Week, a nod to the 44 percent of adults who do not have a spouse. The Census notes that unmarried Americans are forming an increasingly large voting bloc, rising from 24 percent of those who cast ballots in the 1972 presidential election to 39 percent of those who voted last year.

This bloc has leaned to the left in recent years. According to exit polls, there was a huge marital gap in the 2012 presidential election, with Republican Mitt Romney winning among married voters by a 56-42 margin and Democrat Barack Obama winning the smaller group of unmarried voters by 62-35 margin. (Curiously, marital status was not one of the categories in the exit polls for yesterday’s mayoral primary in New York City.)

There are many possible reasons for this gap, and “social issues” such as abortion and gay rights may not be the biggest factor. People without spouses, especially those who live alone, may value government services more. When they’re young, they may be more likely to live in city centers and use public transit and parks. Singles who are self-employed or unemployed aren’t able to take advantage of spousal health benefits and may turn to the government for help. Older people living alone may be more dependent on Social Security and local senior services.

The increase in unmarried voters may help Democrats and left-leaning candidates such as Obama and Bill de Blasio, the winner of yesterday’s New York primary. But there is a danger in relying too much on government to meet the needs of people without strong family structures. Spending at all levels of government is cyclical and unpredictable, subject to sudden cutbacks because of economic downturns or changes in political leadership. It’s also problematic that public services vary so much by jurisdiction; one senior living alone may have access to better services than someone one block away because he or she lives in a town with a stronger tax base.

That’s why the growth in the unmarried population should also concern churches and nonprofit groups that can be lifesavers for people living in isolation. They can provide stability and individualized help where government agencies often fall short—not only in terms of meeting basic needs of food and medical services, but in offering confidential counseling and physical spaces for people to gather as a community, or as a surrogate family.

Candidates and political parties will be reaching out to voters living alone as a matter of expediency; churches and other community institutions should also take note of this demographic shift.

Show Comments (
1
)
Comments are automatically closed two weeks after an article's initial publication. See our comments policy for more.
Stanley Kopacz
6 years 5 months ago
Being unmarried doesn't mean "having no one". There is always the network of friends of varying degrees of closeness. There are extended families. There is work and, yes, there is church. We're not all like Scorcese's taxi driver.
Advertisement