Reducing prison population is a bad career move for DAs

Reducing prison population is a bad career move for DAs 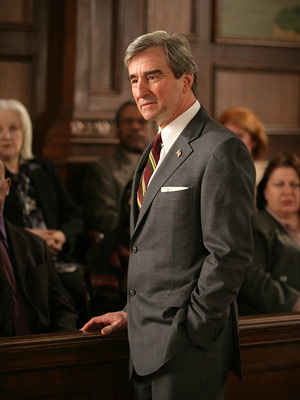 Why do we elect prosecutors, anyway? That’s my question after reading Leon Neyfakh’s interview in Slate with law professor John Pfaff, “Why Are So Many Americans in Prison?” Pfaff suggests that political pressures on district attorneys is a big reason why our prison population remains staggeringly high despite more than two decades of falling crime rates. The Department of Justice’s most recent estimate is 1,574,700 people in federal and state prisons, barely lower than the historic peak of 1,615,500 in 2009.

Pfaff does not blame the War on Drugs (“even when the percentage of drug offenders among the state prison population was at its peak, about four out of every five people were there for a nondrug offense”). Instead, he focuses on prosecutors, who have become much more likely to shunt arrestees for crimes such as assault onto the conveyor belt to prison: “over the course of the ’90s and 2000s, district attorneys just got much more aggressive in how they filed charges. Defendants who they would not have filed felony charges against before, they now are charging with felonies.”

If Pfaff is correct, the implications are dire. There is little incentive for a district attorney, or a state attorney general, to reduce the number of people in prison—even when alternatives (probation, home confinement, etc.) are more effective in reducing future criminal behavior. Instead, politics dictate that a prosecutor do anything he or she can to avoid association with a “Willie Horton.” If that means putting more juveniles, first offenders, and non-violent felons in prison, so be it. It’s a costly solution, but prosecutors don’t lose elections when taxes go up.

Pfaff tells Neyfakh, “the district attorney is a very politically independent figure. He’s directly elected, and he’s directly elected at the county level… they don’t have to listen to the federal government at all. So you have to figure out how to go county by county and either elect DAs who have less punitive attitudes, or you can try to sort of change the incentives DAs face at the state level.”

The president has little power to change this dynamic. If he or she were to urge a more thoughtful approach to local prosecution, the result would be partisan bickering, and few want to jeopardize the chances of bipartisan reform in less politically charged areas (such as curtailing the use of solitary confinement).

President can’t do anything but urge a change in behavior, and doing so would quickly create a partisan issue. Anyway, it’s difficult to imagine Hillary Clinton or any of the Republican candidates even hinting at the fallibility of local prosecutors. Have I mentioned Willie Horton?

As Pfaff notes, the district attorney’s office is an independent power base in our political system, and cultivating a tough-on-crime image can lead to a long career (Robert Morgenthau was elected eight times and served 34 years as the district attorney of Manhattan). This independence can be helpful when a district attorney goes after a corrupt local official (unless it’s the D.A. who’s corrupt), or a political ally of the governor, but it makes systemic reform of the criminal-justice system a daunting prospect.

There’s no consistency in which parts of the criminal-justice system we put to a popular vote. Some states elect judges, and in others they are appointed by the governor. Almost every jurisdiction elects district attorneys, but almost no city elects its head of police—even though the opening of “Law & Order” equates the two: “the people are represented by two separate yet equally important groups: the police who investigate crime and the district attorneys who prosecute the offenders.” At the same time, most sheriffs, who run county police forces, are elected. (A writer at American Cop magazine prefers sheriffs elected by voters to police chiefs appointed by mayors: “You don’t see these sheriffs tailgating anybody, no puppet masters or ventriloquists telling them what to say or think.” The evidence for this point of view is that sheriffs supposedly refuse to enforce gun-control laws, which seems more of an rural-vs.-urban divide than an elected-vs.-appointed one.)

We don’t elect Army generals; it would be silly to let them build political machines independent of the Pentagon. We don’t elect the heads of public health agencies. If we did, would they run for re-election bragging about how many people they quarantined? Most towns and counties elect school boards, but in several major cities the board is appointed by the mayor, under the theory that systemic reform is easier when there are fewer grandstanding elected officials with their own agendas.

I haven’t heard of any push to de-politicize D.A.’s. Governors probably don’t want the responsibility of appointing them, and if they were selected by independent commissions, there might be just as much politicking as there is now, only behind closed doors. So unless the voting public demands a change in how ready we are to put people behind bars, don’t expect falling crime rates to mean emptier prisons.

Show Comments (
1
)
Comments are automatically closed two weeks after an article's initial publication. See our comments policy for more.
Beth Cioffoletti
5 years 7 months ago
This sounds about right. But there's a lot more to the story: the corruption and kickbacks that fall on the heels of the DA's power. In the USA today it costs $60K to go to Harvard for a year, $90K to go to the nursing home, and $168K to go to prison. All that money sucked into the deep dark hole of the INDUSTRY OF INCARCERATION is not being used to help the inmate.
Advertisement