America is in denial about political parties 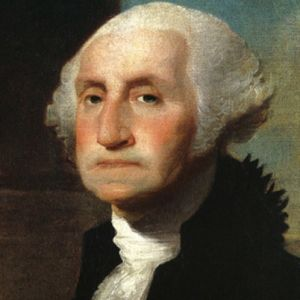 The increasingly insane presidential race and the likelihood of a year-long vacancy on the U.S. Supreme Court have a common cause: America’s centuries-old refusal to reach a consensus on what political parties are and what they should be.

The Founding Fathers couldn’t have foreseen cars, the Internet or semiautomatic weapons, but their squeamishness about political parties (or “factions,” as George Washington called them) can’t be blamed on a failure to anticipate technology. There’s always been a puritanical strain in American thought that treats political parties as sordid and unspeakable, just like sex. Why can’t we create laws without the nastiness of partisanship? Why can’t we elect people who remain pure of party association? The frequent calls for independent presidential candidates have the longing of a return to the childhood belief in storks delivering babies.

So there’s no mention of political parties in the Constitution and no guidance on what happens when different parties control the White House and Congress, as they do now. We skated around this question for a couple of centuries because the two parties were broad and overlapping—partly because the Civil War cemented allegiance to the Democrats in the rural South for a long time after the party embraced urban, Catholic and labor-union voters. But now that Americans have “sorted” themselves into one or the other party of roughly equal size, we’re getting more situations like legislative gridlock, government shutdowns, a presidential elections decided by a court order and presidential nominations stalled in the U.S. Senate.

In the case of the suddenly vacant Supreme Court seat, there’s the question of whether an opposition party has a (moral? ethical? constitutional?) duty to vote on a nominee from a president less than nine months before the election to replace him. We’re in the territory of unwritten rules and norms of behavior that keep changing. (Josh Marshall: “There’s probably never been a vacancy after a Justice died at a ranch in Texas. There’s no precedent for replacing him!”)

Democrats argue that there’s no need to wait for another election when Mr. Obama received a mandate for a second term in 2012, which should entail a full four years of exercising presidential power. But Republicans are not wrong that they earned their own mandate in winning control of the Senate in 2014 (and warning voters that a Republican-controlled Senate would confirm very different nominees to the Supreme Court has long been a staple of Democratic campaigns). The Republicans have the better practical argument in that inaction is the logical outcome when two equal forces oppose each other. If we wanted a different outcome, we should have rewritten the Constitution to address divided government.

The Supreme Court standoff is playing against our quadrennial presidential primary season, which is the ultimate Mickey Mouse operation. Every state has different rules on when and how to choose delegates to the parties’ national conventions, and the state parties are free to change them every four years. (In a 1981 case, the Supreme Court ruled that the First Amendment gave political parties the right to determine their own rules for choosing nominees—another example of the court deciding something that may have been better addressed through a constitutional amendment.)

We’ve also ended up with a process in which candidates run for their party’s nomination for three and half years (a necessity of not having official opposition party leaders in place at all times, as in most democracies), then make their appeals to the general population over just a few months. That wasn’t necessarily a problem when both parties had liberal and conservative wings, but now all Democrats run to the left and all Republicans run to the right, leaving them with little to offer independent voters in the comparatively rushed general election. Republican frontrunner Donald Trump is a new wrinkle to this phenomenon in that he appeals to the party base more on take-back-America emotional terms than on ideological orthodoxy, but polls suggest that he would alienate independent voters more than any other candidate the GOP could choose this year.

“It used to be that the focus in campaigns was, ‘How do we win the middle?’” Glen Bolger, a longtime Republican pollster, recently told The New York Times. “Now it’s, ‘How do we get more of ours out than they get of theirs out?’” Again, this is a system that we’ve tumbled into rather than chosen freely.

The New Yorker’s Jeffrey Toobin writes of the Scalia standoff, “On nominations to the Supreme Court and for other judicial vacancies, the rule has been simple. The side with the most brute force has won.” He reports that that in 2010, Senate Republicans took obstruction of White House judicial nominees “to levels not seen before the Obama presidency.” Only when Senate Majority Leader Harry Reid used the “nuclear option” to ban filibusters on lower-court judges was there progress in filling vacancies, but the pipeline has been almost sealed shut again since the Republicans took over the Senate in 2014.

“This is the pattern of the Obama years,” Mr. Toobin writes. “The party in power exercises that power to the fullest possible extent.” Republicans would probably disagree that this is a recent pattern; they point to the Democratic Senate’s rejection in 1987 of Robert Bork, a Supreme Court pick of Ronald Reagan’s, as setting the precedent of blocking presidential appointments for ideological reasons.

It doesn’t matter who has been in the White House, or in congressional leadership, over the past few decades. We shouldn’t have been surprised that political parties do what comes naturally and exercise their power to the fullest possible extent; that’s what they do almost everywhere in the world. Instead of hoping for a return to the more amicable party system of the mid 20th century (when white men ran everything) or panting after independent saviors (really—Michael Bloomberg?), we need to figure out what we want American political parties to do, and not do. Then we need to put it in writing.

Robert David Sullivan
RobertDSullivan
Show Comments (
1
)
Comments are automatically closed two weeks after an article's initial publication. See our comments policy for more.
Lisa Weber
5 years ago
"Republicans have the better practical argument that inaction is the logical outcome when two equal forces oppose each other." Really? Inaction is a good strategy when you don't know what you are doing. Republicans have made inaction a strategy for everything. A more logical outcome would be to start a dialogue about nominating and confirming the appointment of another justice for the Supreme Court. Anything else is just the continuation of a refusal to govern.