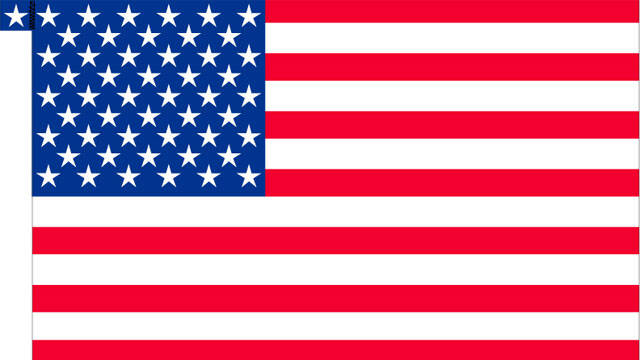 With American politics stuck in a ditch, perhaps for at least another decade (assuming a Democratic lock on the White House and a Republican lock on the U.S. House of Representatives), fantasies about changing up the system are getting more attention.

On Monday, political scientist Jonathan Bernstein tackled a question from a reader about one possible tweak involving the American flag:

What will be the 51st state? DC? Puerto Rico? A handful of conservative counties in Colorado? A wildcard?

He also wonders why the Democratic Party has been so lackadaisical about advocating statehood for Washington, D.C. (“something which would get them two safe Senate seats”).

I’m not surprised that U.S. senators, even Democratic ones, are reluctant to let in more members who would compete for guest spots on Meet the Press. And through the 1990s, I assumed that Democrats were afraid of doing anything that might lead to Jesse Jackson or Marion Barry representing the party in the Senate—at least while the party’s Electoral College base included West Virginia and it was competitive in Kentucky and Tennessee. That condescending attitude toward D.C. voters has probably ebbed now that the Democrats (partly out of necessity) have embraced their urban identity and Washington has become more prosperous (and, yes, more white) and thus less likely to elect someone to the left of Vermont’s Bernie Sanders.

But there are other statehood dreams out there, as Bernstein’s questioner notes. The Washington Post’s Reid Wilson reports that residents in Colorado’s ninth-most-populous county will vote this November on whether to lead a breakaway movement:

Weld County is one of ten rural counties where activists have held meetings about seceding from Colorado. The activists started pushing for the meetings after this year’s legislative session, when Democrats who control the Colorado legislature passed new laws regulating firearms and oil exploration. The new measures, conservatives believe, are the latest steps taken by an overbearing legislature that’s Denver-centric, to the exclusion of the state’s rural areas.

Northern Colorado is merely catching up to the sentiments in northeastern California, where residents are displeased by southern and coastal counties pushing the state into the Democratic column and encouraging “overregulation.” The CBS affiliate in San Francisco reports on one county taking action earlier this month:

The Siskiyou County Board of Supervisors voted 4-1 on Tuesday for a declaration of secession, the Record Searchlight of Redding reported. The vote appears mostly symbolic since secession would require approval from the state Legislature and the U.S. Congress, but supporters say it would restore local control over decision making. They want other rural counties in Northern California and Southern Oregon to join them in the creation of a new state called the State of Jefferson.

“Many proposed laws are unconstitutional and deny us our God-given rights,” Gabe Garrison of Happy Camp said at the meeting. “We need our own state so we can make laws that fit our way of life.”

Finally, there’s a movement in western Maryland to break off from the solidly blue state. The Washington Post’s Michael S. Rosenwald reports:

In Maryland, the five western counties—Garrett, Allegany, Washington, Frederick and Carroll—represent just 11 percent of Maryland’s population, according to 2010 Census figures. They earn less than the people who live in more urban areas. They vote overwhelmingly for Republicans in a deeply Democratic state. Nearly 90 percent of the residents are white, compared with 51 percent elsewhere. About 60 percent were born in Maryland vs. 46 percent in other parts of the state.

“If you don’t belong in their party,” [Western Maryland Initiative leader Scott] Strzelczyk says of Democrats, “you’ll never have your views represented” in Maryland. “If we have more states,” he says, “we can all go live in states that best represent us, and then we can get along.”

None of these efforts have any real chance of getting through Congress, partly because they could lead to a flood of similar secession requests. What about poor Wyandotte County, which includes the Kansas side of Kansas City? It’s voted solidly Democratic in every presidential election since 1972, but the Republicans have won all of the state’s electoral votes every time. Even tiny Delaware has a captive state: Southern-accented, rural Sussex County, which voted 56 percent for Mitt Romney, is going to be outvoted by the Northern, urban part of the state in just about every election in the foreseeable future.

Josh Marshall facetiously suggested a 51st state called Whinyassitan, lumping together all the rural counties upset about being in states that are trending Democratic. But in a follow-up post, he noted that many of his readers believe “there is a substantive issue of whether one population with a kind of culture (urban/liberal) can fairly represent/govern another (rural/conservative).”

I’d narrow the question by asking whether there’s a philosophical problem with a city or county always being outvoted by the rest of the state. Not too long ago, Kansas City, Kansas, had very little chance of putting its ideal candidate in the governor’s office, but it was possible for a moderate or conservative Democrat to win statewide, and Kansas City would at least be part of the governing coalition. And liberal Democratic legislators representing the city could try to build coalitions with moderate or liberal Republicans to pass favored laws. Similarly, moderate Republican Arnold Schwarzenegger probably wasn’t Siskiyou County’s idea of a perfect governor, but he represented their interests better than Democrat Jerry Brown does. And Republican legislators in California could lobby conservative Democrats to help pass legislation.

That kind of ad hoc coalition-building, which helped to ensure that outlier areas weren’t completely shut out of the political process, may be harder if states lean more heavily toward one or the other major parties or if state legislatures become more polarized (a common phenomenon that indeed includes California, according to this study). There’s still little to recommend the chaos of splitting almost every state into partisan pieces, but it’s easy to understand the frustration leading to these doomed independence movements.

Robert David Sullivan
RobertDSullivan
Show Comments (
1
)
Comments are automatically closed two weeks after an article's initial publication. See our comments policy for more.
Stanley Kopacz
8 years 1 month ago
Any problems related to lack of representation might better be served by moving to some sort of parliamentary system, allowing more parties to form.