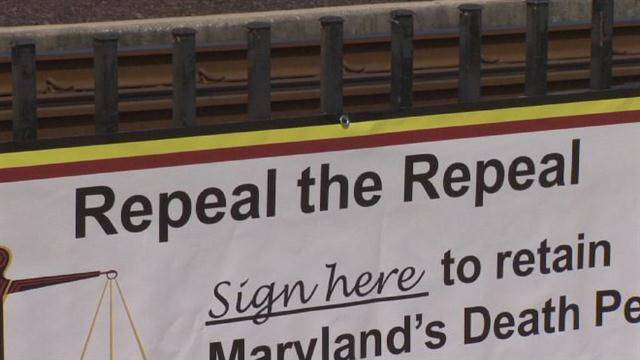 UCW will not be a tout sheet. There are already scores of pundits who are in the habit of making predictions, mostly on the safe side. (The incumbent almost always wins, the ambitious legislative proposal almost always fails.) We will not regularly quote taxi drivers, and we will not be attempting to outmatch Nate Silver in quantitative analysis. We will strive to go “beyond red and blue” by covering politics as more than a fight between the two major political parties.

Neither will this blog will emulate an old-fashioned op-ed column, putting a period on the argument of the day and leaving readers with an authoritative pronouncement before moving on to the next controversy. Because there really is no “moving on.” Online journalism, like so much in modern life, defies chronology. It’s impossible to cover current politics as an orderly series of conflicts. Issues that seem resolved keep bobbing back to the surface. Some vital stories get overlooked even with so many sources of news coverage, while other stories inexplicably gain a foothold in the media and hang on for weeks.

This can be disorienting for people who grew up, as most of us did, in the print era. Author and architecture critic Witold Rybczynski recently blogged about his frustration with the New York Times website. On the Times home page, breaking-news items mingle with headlines for stories and columns that may have been written weeks ago but are still being talked and tweeted about. Perhaps offended by the inelegant façade, Rybczynski calls the site a “news dump” and laments that he has to figure out what to pay attention to every time he visits it:

The pleasure of opening a daily newspaper is its freshness, not only the crisp newsprint, but the news itself. Once you’re finished reading, you can throw the paper in the recycling bin with the satisfying feeling of a job well done.

This blog is not written for the recycling bin. Hopefully, it will not read as if it comes from one.

For instance, there will be no complaints how presidential campaigns start too early. As anyone knows who grew up reading Theodore White’s Making of the President books, the “never-ending” presidential campaign season is not so new; it’s just happening in public instead of in what Mitt Romney might call “quiet rooms.”

Yet it does seem that everything in politics never-ending in the digital age. We keep recalculating election results based on new polling data and demographic information.  See, for example, the fatiguing back-and-forth over whether Romney could have won last year’s presidential election by increasing the GOP’s already-strong advantage among non-Hispanic whites.

We’ve become familiar with recounts after close elections since at least 2000, but now there’s a surge in attempts to recall elected officials, with one example coming this Tuesday in Colorado.

Political parties also try to count ballots years before an election takes place, by purging voter rolls (see Republican efforts in Iowa and Virginia) or by changing laws to determine who can vote and when – a process that has accelerated since the Supreme Court struck down part of the 1965 Voting Rights Act earlier this year.

It’s not only the electoral process that never ends. With the Affordable Care Act (“ObamaCare”), we have a political battle that didn’t let up after the legislation was signed into law. The House of Representatives keeps voting it down, though there’s no chance of repeal as long as Barack Obama is president, and the White House, in turn, is spending millions of dollars for TV ads promoting the law, as if the 2012 campaign were still going on.

And it’s no easier to end a debate when science is concerned. The Boston Globe reported last week that a 20-year-old Harvard University study on air pollution, used for decades by the EPA to set regulations on power plants, is now being challenged by Republican lawmakers:

Even though the landmark study has held up under intense scientific scrutiny since its publication in 1993, the House Committee on Science, Space, and Technology took the rare step of issuing subpoenas last month demanding access to the study’s raw data about thousands of individual subjects.

It’s no wonder that the New York Times homepage, as Rybczynski puts it, lacks “freshness.” It’s not an easy decision to pull any topic off the front page when stories never seem to go away. (I just checked the NYT and saw this headline on the homepage: “Apple Is Set to Announce Two iPhones.” Yes, that could have been there any time over the past decade; the business section is no less repetitive than the political coverage.)

(Un)Conventional Wisdom will venture to find original ideas, surprising data, and new ways to spark ongoing conversations about American politics, but we will not be the place for grand pronouncements. We won’t be making the case for a permanent Democratic or Republican majority.

We will cover politics at all levels, including this fall’s mayoral and gubernatorial races, as well as issues that challenge left-and-right stereotypes. (Will the debate over American intervention in Syria fracture split both major parties down the middle? Will liberaltarians ever form a potent voting bloc? Can compassionate conservatism make a comeback?)

Most of all, we seek to provide some perspective on current events without being gratuitously provocative or disrespectful toward alternative views. We can't promise that the news will feel fresh every day, but we will do our best not to rehash old arguments. And we look forward to your thoughts on (Un)Conventional Wisdom.

Robert David Sullivan
RobertDSullivan
Show Comments (
2
)
Comments are automatically closed two weeks after an article's initial publication. See our comments policy for more.
Margaret NEWMARK
9 years ago
This sounds wonderful...can't wait to start reading
Shawn Iowa
9 years ago
You may be off to a biased start. You reference multiple complaints about conservative's actions, while your knock on a liberal news outlet is about how they organize their front page. When I first saw this blog, I was hoping for a Jesuit centered perspective. I read this website for the Catholic, Jesuit take on the world that is above politics. Please don't bring it down into the mud.