Massachusetts Wants to Lead, but America Isn't Crazy about the Idea

Massachusetts Wants to Lead, but America Isn't Crazy about the Idea 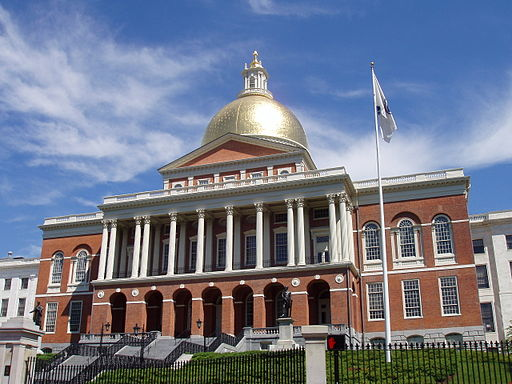 The Bay State is an outlier in its loyalty to the Democratic Party and its seemingly inexhaustible supply of presidential candidates.

(Un)Conventional Wisdom is presenting a short history of each state’s role in modern presidential politics. Massachusetts is the sixth in the series.

“When you are growing up there it is difficult to escape the impression that you are lingering too long in a story that has long been over,” wrote humorist John Hodgman of Massachusetts in the 2009 essay collection State by State, referring to the impossibility of the state ever becoming as important as it was in the days of Sam Adams and Paul Revere.

True, the state hasn’t been able to send another resident to the White House since John F. Kennedy in 1960, despite many attempts, but it still has some relevance in American politics. Many in Massachusetts reveled in self-importance in late June, when the U.S. Supreme Court upheld the implementation of the Affordable Care Act (which was based on the state’s pioneering effort to ensure universal access to health insurance) and legalized same-sex marriage (unthinkable before the highest court in Massachusetts recognized it as a right in 2004). The state continues to produce national political figures such as Democratic Sen. Elizabeth Warren, who has finally convinced people she’s not going to run for president as an anti–Wall Street populist. And Massachusetts is a major source of cash for both Democrats and Republicans: In 2012, the state gave more than $44 million to presidential candidates, or $6.64 per capita. (Only President Obama’s home state of Illinois and Connecticut gave more per person.)

The one thing Massachusetts is not is a battleground state. In 1928, Al Smith (the first Catholic presidential nominee of a major party) narrowly won the Bay State, and it’s been a bedrock Democratic state ever since, voting for the GOP only during landslides for Dwight Eisenhower and Ronald Reagan. In 1972, it was the only state not to vote for Richard Nixon, a fact that prompted peak smugness in Massachusetts when Nixon was forced to resign two years later.

Democrats have long been able to count on Massachusetts because their candidates are so strong in the suburbs here. Middlesex County, which includes the college city of Cambridge but also some of the Boston area’s most affluent bedroom communities, gave Obama 63 percent of the vote in 2012 and hasn’t been carried by a Republican since Eisenhower. This is not reflective of American suburbia as a whole. Michael Dukakis, the Democratic presidential nominee in 1988, argued that he was electable because he had always done smashingly well among independent voters in suburban Boston in his runs for governor; this appeal didn’t even extend as far as Connecticut when the results came in that November. John Kerry, then a U.S. senator, came a little closer to winning as the Democratic nominee in 2004, but he also failed to replicate his strength in suburban Boston when it came to states like Ohio.

Then there was Mitt Romney, who was elected governor of Massachusetts for a single term in 2002 and vaulted to the Republican presidential nomination in 2012. Romney won in this very blue state by running as a moderate on issues like gay rights and abortion, presenting himself as a non-ideological, pragmatic manager who could keep a check on the free-spending, overwhelmingly Democratic legislature—an image similar to that of Dukakis, who did not start out as a favorite of legislative leaders.

This is a strategy that has helped several Republicans win gubernatorial races here over the past few decades (and in other blue states such as Maryland and New Jersey), and Romney carried a clutch of suburbs in Boston’s high-tech region, such as Framingham and Natick, that never come close to voting GOP in presidential races. He even narrowly won Middlesex County. But this “electability” vanished when Romney became a national Republican; he bombed in suburban Massachusetts when running against President Obama and made little headway in the suburbs of other Northern states.

It’s clear by now: political success in Massachusetts doesn’t translate to rest of the country.

Why is the Bay State such an outlier? According to Gallup, it’s the most “liberal” state, with 31 percent of residents owning up to that label. It ranks near the bottom in the percentage of residents who are evangelical Protestants, and at the top in the percentage with college degrees (38 percent); both rankings suggest Democratic strength. The most important distinction, however, may be that it’s so old. Most of Boston’s suburbs have been around for centuries, and they’ve been ingrained with a tolerance for the “nanny state” rules and regulations, the zoning laws and the taxes, that make it possible for so many people to live in a rocky, marshy state that will probably never see cheap land again. It’s not really a surprise that candidates who thrive here don’t do so well in the sprawling suburbs of Georgia or Texas.

Massachusetts has been more Democratic than the U.S. as a whole since 1960.