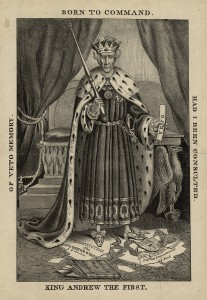 Last week I reported on the new parlor game of guessing how the American system of government is going to fall apart, prompted by a Vox article by Matthew Yglesias called “American Democracy Is Doomed.” Yglesias argues that a presidential system, in which an elected chief executive and a separately elected Congress are in a constant battle for legitimacy, is inherently flawed. We’ve made it this far only because of weak political parties with little sense of principle—giving us, among other things, a bipartisan policy of white supremacy that lasted for nearly two centuries.

But the Democratic and Republican parties recently figured out that in the natural order of things, they’re supposed to be rivals, not siblings. Think of them as a cheetah and a gazelle, playfully wrestling as infants until the inevitable day when one nearly tears the head off the other. You can decide which, if any, is the more aggressive in this situation.

Yglesias’s essay is like an earworm, and after reading it, you can see doom and dysfunction everywhere you look (to quote the irritating theme song from the sitcom “Full House”). Given the undisguised hostility toward Barack Obama from the Republican-controlled Congress, it’s easy to imagine an impotent presidency, with the legislative branch refusing to confirm Supreme Court nominees and enacting restrictions on the White House’s ability to, say, determine immigration policy. But more political scientists fear a presidency with greatly expanded powers.

Earlier this month, 47 Republican senators signed a letter to Iranian leaders reminding them that any deal with President Obama on nuclear arms control could be undone by Congress and by next president, after term limits force Obama from office. This came only a few days after Israeli Prime Minister Benjamin Netanyahu spoke to Congress upon the invitation of Republican leaders—who never consulted with the president about the wisdom of appearing to take sides in the Israeli election. These actions may have initially seemed like the congressional branch flexing its muscle, but the backlash has been swift. The Iran letter was attacked as “treason” by Democratic allies and “the security blunder of the young century” by the Wall Street Journal, usually a house organ for the GOP. As for the Netanyahu speech, Congress did not enhance its stature by jumping at the chance to be a prop in another country’s election ads.

The Iran letter and Netanyahu speech can be likened to the stripes on a zebra: bold and initially disorienting to predators but not much of a defense against the White House’s tooth and claw.

In his “Doomed” essay, Yglesias gives the long-term advantage to the presidency, since “Presidents feel themselves to be accountable for steering the nation,” and polling and election results suggest that the public agrees. Historian Kevin R.C. Gutzman, writing for the American Conservative about “America’s Kingly Constitution,” summarizes fears of the creeping powers of the presidency: “the reality of constitutional government is a thing of the past, though the idea of it retains enough purchase upon Americans’ sentiments to prevent any significant systemic reform…. presidents will increasingly rule by diktat, administrative agencies will issue more numerous and more sweeping regulations, courts will legislate with even greater abandon….”

How Newt Gingrich and company threw away congressional power

The president has an easier time getting the attention of the media and the public, but an article in the current Washington Monthly suggests that Congress has practiced unilateral disarmament in the struggle between branches of government. In “A New Agenda for Political Reform,” Lee Drutman and Steven Teles write Congress is running dangerously low on brainpower—not because of a drop in the average IQ of elected representatives, but because its support staff has become smaller and less experienced. They blame Newt Gingrich and other recent congressional leaders for “three decades of disinvesting in government’s capacity to keep up with skyrocketing numbers of lobbyists and policy institutes [and] well-organized partisans.”

Under this theory, Congress reached peak power in the 1970s, when it almost tripled its research and policymaking staff (from 1,669 in 1970 to 4,377 in 1979) and created new subcommittees, as well as “in-house think tanks” such as the Congressional Budget Office and the Office of Technology Assessment. Drutman and Teles write, “The buildup of in-house congressional expertise…[provided] Congress with the capacity to think and act for itself—to override corporate pressure and pass legislation cleaning up the air and water; to prosecute, in bipartisan fashion, the crimes of the Nixon White House; and to investigate and roll back intelligence agency abuses with the now-legendary Church and Pike Committees.”

The number of congressional staffers flat-lined in the 1980s, and when the Republicans took over the House in 1994, new Speaker Newt Gingrich drastically cut the workforce. “Some of this was driven by a belief that such capacity allowed Congress to do too much,” wrote Drutman and Teles, “or that the staff was a third column of liberals pretending to be experts.” Reducing the number of people working in Congress became synonymous with reducing government, and interest groups allied with the Republican Party found a benefit beyond symbolism: “Ideologically or lobbyist-driven legislation moves faster through the process when there are fewer knowledgeable, nonpartisan staffers asking inconvenient questions.”

Drutman and Teles see little chance of reducing the influence of corporate and special-interest money in American politics, so they propose strengthening the immune system of Congress with a reinvigorated support staff. This move should even please conservatives, they argue: “Tea Party Republicans might come to realize that a larger staff capacity is necessary in order to engage in effective oversight of federal programs and root out waste.” (This may be a naïve hope, since you need competitive salaries to attract talented staff, and competitive salaries for congressional staffers make an irresistible target for Tea Party candidates.)

While not written as a response to Ygelsias’s “Doomed” essay, the Washington Monthly piece fits the idea that Congress is likely to be the loser in a constitutional crisis. It’s plausible that there’s an expertise gap with the presidency; no matter which party controls which branch, a couple of years working in “The West Wing” is more exciting than toiling for a congressional subcommittee with a burned-out chairman. The lack of support staff might explain the inability of the current Congress to best President Obama on the Affordable Care Act, immigration policy, and net neutrality; a common theme is the failure to come up with an alternative plan that is taken seriously by public policy experts.

Instead, Congress seems more interested in flashy political theater—imitating Broadway in its dependence on revivals. Case in point: the announcement by Boehner that the Republican-led House will conduct an investigation of Hillary Clinton’s use of a personal email account when she served as secretary of state. This was too much for another American Conservative contributor, Rod Dreher: “Are the Congressional Republicans capable of a sense of proportion in anything? As with the Senate GOP’s letter to Iran, one has the sense that the Republicans have no interest in the art and craft of governing, and instead bully through everything for the sake of accruing more power.”

When Congress frustrates even its ideological allies to this degree, its chances of surviving a constitutional crisis with all its powers intact do not seem very high.

Also see last week’s post, “American government may be doomed by efficiency, not by dysfunction.”