How Delaware lost its bellwether mojo and joined the Northeast Corridor

How Delaware lost its bellwether mojo and joined the Northeast Corridor 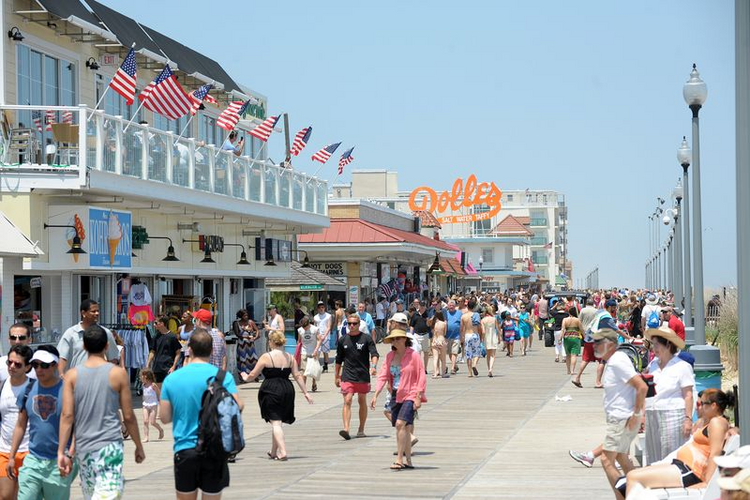 The First State was the best place to find out where the country was going in the last half of the 20th century. Delaware voted for the winner in every presidential election from 1952 through 1996, the only state to do so. Since then, it’s been absorbed by the Democratic Party’s strongest region, the Northeast Corridor.

(Un)Conventional Wisdom is presenting a short history of each state’s role in modern presidential politics. Delaware is the first in the series.

With both Northern and Southern characteristics, Delaware was considered a swing state for most of its history. It has an old industrial city, Wilmington, on top, and a rural section known for poultry farms that extends down the Delmarva Peninsula to come within 35 miles of the Confederate state of Virginia. The mix made it something of a microcosm of American politics in the second half of the 20th century, going from a narrow win for John F. Kennedy to an embrace of the “new” Richard Nixon, a nostalgic nod toward Southerner Jimmy Carter, support for Ronald Reagan and especially George H.W. Bush, and full-on support for Bill Clinton. That last swerve created a groove (or rut, if you prefer) in Delaware, now a solidly Democratic state.

Steady population growth killed Delaware’s status as a bellwether, as Philadelphia-area commuters and retirees from Northern states overpowered the rural voting bloc. (Nearly a quarter of the state’s current residents were born in New York, New Jersey or Pennsylvania.) The number of residents casting a vote for president hit 300,000 votes in 2000, then topped 400,000 votes only eight years later, when longtime resident, and Pennsylvania native, Joe Biden was on the Democratic ticket.

Delaware has only three counties, stacked on top of each other, and for every election except one over the past 50 years, the Democratic candidate has done best at the top (Wilmington’s New Castle County, where Obama got 66 percent in 2012) and worst at the bottom (Sussex County, where Obama got 43 percent). The exception was in 1976, when Democratic Southerner Jimmy Carter did best in the middle county of Kent. But that election, both in Delaware and nationally, turned out to be a one-time reversal for the Republicans in their long and steady takeover of the rural South.

In February, Gallup reported that Delaware is the “most moderate” state, with 43.4 percent of residents describing themselves as politically centrist, but that makes the state a must-win for Democrats in a nation where self-described conservatives far outnumber those calling themselves liberal. Indeed, Delaware ranked 46th in the share calling themselves conservative, 28.6 percent. The evangelical tone of the Republican Party on so-called social issues has not played well in increasingly white-collar Delaware, whose legislature legalized same-sex marriage in 2013.

Though Delaware seems to be leaning leftward on social issues, it may not be Bernie Sanders territory when it comes to economic matters. Because its laws are so friendly toward corporations, nearly two-thirds of all Fortune 500 companies are headquartered here, even though few of them have much physical presence here. The annual fees for maintaining corporations and limited liability companies here amount to a huge revenue source for Delaware, enough for the state to go without a sales tax.

The state also collects a lot of revenue from tolls on Interstate 95, an irritant for motorists who barely brush the state while going between New York and Washington. This prompted a very nasty but funny rant against the state by Jonathan Chait in the New Republic in 2002: “The organizing principle of Delaware government is to subsidize its people at the rest of the country’s expense. While tolls represent the most obvious of the state's nefarious methods, Delaware also utilizes its appallingly lax regulation of banks and corporations to enrich itself while undermining its neighbors…. It presents itself as a plucky underdog peopled by a benevolent, public-spirited, entrepreneurial citizenry. In truth, it is a rapacious parasite state with a long history of disloyalty and avarice.”

Vice President Joe Biden would presumably dismiss this argument as a “bunch of stuff.”

While Delaware is unlikely to be a factor in the November 2016 election, its April presidential primary could be interesting if there’s still an active contest on the GOP side. Delaware was once a solid member of the moderate, Northeastern establishment, and it gave George H.W. Bush one of his few victories against Ronald Reagan in 1980. But the party was rocked by the primary win of Tea Party candidate Christine O’Donnell over Congressman Michael Castle in the 2010 primary for the U.S. Senate, with O’Donnell carrying the two southern counties. Given the state’s small size, it could be an irresistible target for an underdog presidential candidate looking to pull off a similar upset.

Delaware has been more Democratic than the U.S. as a whole since 1992.