Getting manic in pop culture and politics

Getting manic in pop culture and politics 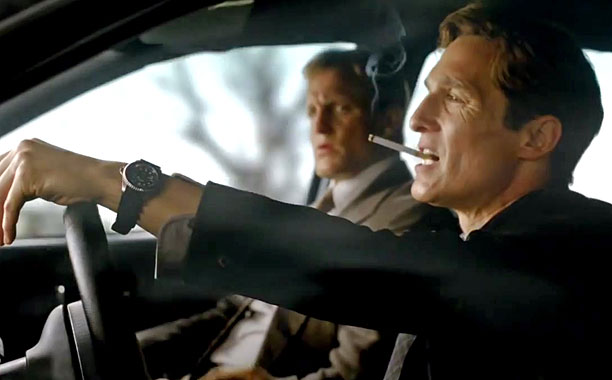 Television critic Willa Paskin writes in Slate about quick-burning obsessions in popular culture, including public radio's true-crime podcast “Serial,” the first season of “True Detective” and the last season of “Breaking Bad,” and…cronuts. “We are engaged in a near-constant cycle of being ‘totally obsessed’ with a cultural object (‘obsessed’ is the term of art on social media) and perpetually on the lookout for that next binge-experience,” Paskin writes.

We’ve had pop-culture fevers since the invention of radio (maybe the printing press). Take the Davy Crockett craze of the 1950s, which resulted from just five episodes about the “king of the wild frontier” on Walt Disney’s anthology series. However, Paskin writes that technology has mutated the definition of a fad: “The silo effect of social media…makes them feel far more widespread than they are. Once upon a time, you obsessed with your friends, neighbors, people you could snail mail. Now you obsess with fragments of a much more extensive network connected to you through social media.”

This phenomenon is well-known to those who follow politics. For decades, inside-the-beltway stories have entranced a small group of Americans who can forget that most people have no clue what they’re talking about. “Out go five Cabinet members in a shake-up that shocks the country,” was a headline in Time magazine in 1979, on President Jimmy Carter’s firing of several top officials. “The American people will not forget the fateful week of July 15, 1979,” wrote Pittsburgh Press columnist Mary O’Hara about the dismissal of Health and Human Services Secretary Joseph Califano and others. I doubt that Califano’s fate was a deciding factor for many people who voted out Carter a year later.

Now we have more political siloes: the Fox News bunker and the “Daily Show” den, the blogosphere fans and the newsprint diehards, and so on. If you don’t spend every waking moment on political media, there’s no way to know what your neighbors think of as the “news.”

There’s also more obsession with news stories, and that’s where politics is merging with pop culture.

Many pop-culture fads involve book, TV or movie series with multiple plot twists, huge numbers of characters and incredibly detailed sci-fi or fantasy worlds. They require a lot of attention, and that’s the chief way they differ from “Davy Crockett” and other blockbusters of the past. It takes a lot of effort to follow the otherworldly “Game of Thrones” or the political drama “Scandal,” and that’s what makes them acceptable manias for viewers who consider themselves smart and sophisticated. (“Twin Peaks” was the prototype, back in 1990.) Because this kind of entertainment appeals to relatively small audiences ready to bolt to the next big thing, television and other industries try to capitalize on obsessions as quickly as possible. So “The Walking Dead” is followed on Sunday nights by “Talking Dead,” which recaps what we just saw, and the public-radio podcast “Serial” has inspired another podcast about “Serial,” as well as parodies of the show.

The sudden rush of content, with a level of complexity and detail unimaginable a few years ago, is now a regular feature of American politics. Some feel the compulsion to read everything there is to read about the fatal attack on American facilities in Benghazi, including how it might affect a Hillary Clinton presidential campaign. Others need to know everything Rand Paul wrote for his college newspaper. Cable news networks and websites that seek round-the-clock readers are happy to oblige with drip-drip-drips about whatever story has a hold on their respective audiences.*

A milestone in true obsession over politics came in 2007, when sports statistician Nate Silver began publishing incredibly detailed election previews (for a while at the New York Times, now at his numbers-heavy website FiveThirtyEight). Because of Silver and his imitators, the question of which party would control the U.S. Senate turned into a serial of its own this year. Fans of the story could tune in every day to see the slightly changing odds and read how a new poll in Iowa or an infusion of campaign money into New Hampshire could change the map. Bland guesses about the mood of the country by newspaper columnists were strictly for the rubes when you could dive into real data instead.

“Serial” deals with the conflicting evidence surrounding the death of a young woman, and there’s an unsettling parallel with a crime story that has major political repercussions, the fatal shooting of Michael Brown by a police officer in Ferguson, Mo. The events in Ferguson have provided a vital opportunity to talk about racism and economic segregation in America, but some of the coverage almost treats the case as a “True Detective”-like puzzle. Public television’s NewsHour published an eerie chart summarizing the testimony of dozens of witnesses connected with the shooting. It looks strikingly like a puzzle on the back pages of the New York Times Magazine, or a fan-created guide to characters on “Scandal.”

If “Ferguson” were a TV series, we’d be getting to the point where the sophisticates declare that it’s not as compelling as it used to be, and it’s time to put something else on the DVR. Let’s hope that doesn’t happen as new headlines take over in 2015. Short-term obsession doesn’t do much to help address centuries-old problems.

*This week, the hot political story was about a Republican congressional staffer who published a hectoring Facebook post directed at President Obama’s teenage daughters (“don’t make faces during televised, public events”). Many highbrow films and TV shows have inconclusive endings, but there’s only one way do a finale in a Washington story: someone’s gotta lose a job.

Show Comments (
1
)
Comments are automatically closed two weeks after an article's initial publication. See our comments policy for more.
John Fitzgerald
5 years 10 months ago
I kept looking for the point in this article but never found it, except possibly in the last sentence. Can't America do better?