The election is about more than whether a woman becomes president 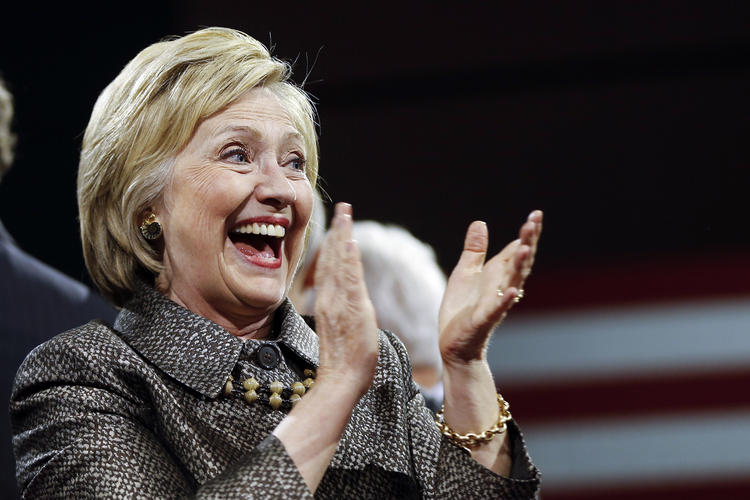 The “Acela primaries” in the Northeast made it clearer than ever that Donald Trump and Hillary Clinton will be the major-party nominees this fall, and I concur with a tweet by ProPublica’s Alec MacGillis: "A candidate who thrives on giving offense versus one who thrives on taking umbrage. This will be a looong six months."

Any hope of a substantive general-election campaign was extinguished by Mr. Trump’s primary-night comments about Ms. Clinton benefiting from a “woman’s card” and the reaction to the same. Sexism is an important topic, but it’s also a very easy one for reporters and columnists at The New York Times, Washington Post and other media centers in relatively prosperous cities. It’s depressing to think that Mr. Trump’s boorish comments about women, immigrants and various minority groups will drive political coverage over the next six months rather than the big questions of what to do about the half of America that is falling farther and farther behind economically. If the only message to come out of the election is that the United States is ready for a woman president, that will certainly be progress, but it won’t be much of a guide for what the next president and Congress should do in office.

One of the key moments in Ms. Clinton’s campaign for the Democratic nomination came after rival Senator Bernie Sanders dismissed her endorsements by major gay-rights and abortion-rights groups that he called “part of the establishment.” (There are no significant differences in Ms. Clinton’s and Mr. Sanders’s views on issues of concern to those groups.) At a February debate, Ms. Clinton responded, “Honestly, Senator Sanders is the only person who I think would characterize me, a woman running to be the first woman president, as exemplifying the establishment.”

Ms. Clinton has been running as a surrogate for all the women who are ignored in classrooms, excluded from boardrooms and bypassed when civic leaders recruit candidates for political office, and they certainly need a powerful voice on their side. But the wife of a former president, who has had $256 million in campaign funds raised on her behalf and who accumulated endorsements from elected officials faster than any Democrat in over 30 years, is certainly part of the establishment. And groups like Planned Parenthood and the Human Rights Campaign, whatever their merits, are certainly part of the Democratic Party’s establishment, and they receive disproportionate support from the most educated and wealthiest parts of America.

One challenge for Ms. Clinton if she faces Mr. Trump, an alarmingly ill-informed candidate who nevertheless taps into legitimate anger at not-so-benign neglect of the working class, is to get past that moment in the debate. That is, Americans without college degrees who are unemployed or trying to get by with low-wage jobs won’t be receptive to the message “Yes, I know you’re hurting. But don’t worry. I will protect abortion rights.”

The long primary battle between Ms. Clinton and Mr. Sanders has been wearying in part because the represent two different motivations for voting. Ms. Clinton is the résumé candidate, appealing to voters who treat elections like job interviews. Her supporters feel she is the most qualified person from either party running for president this year, that she’s paid her dues for the job. (Thus, the furor when Mr. Sanders called her “unqualified” to be president because, among other reasons, she voted to authorize “the disastrous war in Iraq.” It was “troubling,” wrote three political scientists in the Washington Post, to use the word “unqualified” against a female candidate.) Mr. Sanders is the message candidate, appealing to voters who want to signal dissatisfaction with the current priorities of the governing class. Few elections feature two candidates who are so far apart on the résumé/message continuum—the most comparable may be the 1988 Democratic race between Michael Dukakis and Jesse Jackson—and that’s partly why the supporters of Ms. Clinton and Mr. Sanders seem to be talking past each other.

In a post titled “Here’s Why I Never Warmed Up to Bernie Sanders,” Mother Jones’s Kevin Drum makes a succinct case for the Clinton side of the argument, writing that the Sanders call for a “revolution” is unrealistic and likely to increase cynicism about politics when it fails. “If you want to make a difference in this country,” he argues, “you need to be prepared for a very long, very frustrating slog. You have to buy off interest groups, compromise your ideals, and settle for half loaves—all the things that Bernie disdains.” I think this is something of a caricature of Mr. Sanders. Unlike, say, Ralph Nader, Mr. Sanders has been a government executive (mayor of Burlington, Vermont) and has settled for some half loaves during his time in Congress—for example, voting for the 1994 crime bill that is now seen as going too far in promoting mass incarceration. I think that Mr. Sanders and his supporters would consider a “revolution” in thought to be a significant achievement, and are not about to drop out of the political process if Wall Street isn’t pulled down this year.

Ms. Clinton would enter a general election with many advantages over Mr. Trump, including her more extensive experience, her diplomatic temperament and, yes, his unpopularity outside his core constituency of non-college-educated white men. She might be able to win handily if gender issues and identity politics dominate campaign coverage—if Mr. Trump keeps making outrageous statements and Ms. Clinton keeps rolling her eyes at them. But I do hope there’s time to talk about places like Flint, Mich., and how both parties intend to bring them back to economic security. People can’t pay their bills with the fact that a woman has been elected president.