Eat, drink and be merry, for tomorrow you may be on food stamps 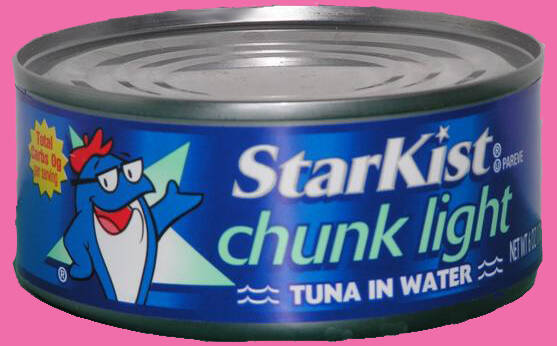 Sometimes it’s a just a weary Facebook post: “As I was trying to get my coupons together, I noticed the woman in front of me buying nothing but a pint of Ben and Jerry’s ice cream. She paid for it with food stamps.” Sometimes it’s an angrier rant about a friend of a friend who saw a guy put a pound of prosciutto on the taxpayer’s tab. A 2011 supermarket receipt from Wisconsin, showing that food stamps were used to purchase $142 in lobsters, porterhouse steak, and Mountain Dew soda, has ricocheted around social media for years—usually without the details that the gourmand tried to resell the items and was convicted of food stamp fraud. And way back in the ’70s, one of Ronald Reagan’s favorite anecdotes was about the welfare recipient who supposedly bought an orange with his food stamps and used the change to buy vodka.

Lots of people trade these tales with perverse satisfaction, then move on to something else, but a state representative in Missouri is steamed up enough to propose a bill banning the use of food stamps in that state for “cookies, chips, energy drinks, soft drinks, seafood or steak.” (The ban on “seafood” is a nice Missourian touch. It reminds me of my mother, who grew up in Maine, talking about how her family often ate lobster because they couldn’t afford meat.)

“The intention of the bill is to get the food stamp program back to its original intent, which is nutrition assistance,” said the bill’s Republican sponsor, Rick Brattin, according to the Washington Post’s Roberto A. Ferdman. “I have seen people purchasing filet mignons and crab legs with their EBT cards,” the lawmaker also said. “When I can’t afford it on my pay, I don’t want people on the taxpayer’s dime to afford those kinds of foods either.”

Ferdman writes, that at less than $7 per day per person, food stamps are not likely paying for many steak dinners. He also noted that seafood is considered “a healthy part of any diet.” And Brattin concedes, “My intention wasn’t to get rid of canned tuna and fish sticks,” perhaps realizing that there are drawbacks to squeezing legislation into a single page.

Perhaps Brattin will also come around to allowing food stamp recipients to buy cookies on their birthdays, but that would only prompt Facebook posts along the lines of “I know I saw that woman buy Oreos with food stamps less than a year ago!”

The sloppiness of the proposed law in Missouri isn’t surprising. Politicians don’t see the need for care when shaming recipients of public assistance.

The Kansas Legislature showed this last week in passing new restrictions on Temporary Assistance to Needy Families (TANF) benefits in that state. According to the Huffington Post, a bill expected to go to the governor for his signature would prohibit people from accessing more than $25 in TANF benefits per day from ATMs and would ban the spending of benefits “at certain types of businesses, including liquor stores, fortune tellers, swimming pools and cruise ships.”

“We’re trying to make sure those benefits are used the way they were intended,” state Rep. Michael O'Donnell (R) said, according to the Topeka Capital-Journal. “This is about prosperity. This is about having a great life.”

The restrictions on spending at places like cruise ships (where people eat “fancy food,” according to a memorable TV jingle once sung by Kathy Lee Gifford) don’t seem too onerous, though it seems hypocritical to stop poor people from going to fortune tellers when nearly every state encourages its most economically desperate citizens to buy lottery tickets on a daily basis.

More troubling is the cap on ATM withdrawals, which seems designed to inflict maximum inconvenience and embarrassment on welfare recipients. According to a KCUR story on the debate over the bill, one state senator unsuccessfully asked her colleagues to “consider the plight of constituents who do not have checking accounts and pay a portion of their rent and utilities by cashing in their assistance every month and then converting the cash into a money order.”

When it was pointed out that most ATMs distribute cash only in multiples of $20, effectively lowering the cap on withdrawals by another $5, senators briefly considered raising the limit to $40 but were in too much of a hurry to pass the bill to change things. (There may be changes made to the bill in a conference committee with House members). It was also pointed out that many TANF recipients will have to pay ATM fees of 75 cents or more each time they withdraw a $20 bill, but legislators may have decided that low-income households wouldn’t even notice this on top of the fees they already pay to check-cashing businesses and short-term lenders.

KCUR also reported that the Republican “supermajority” in the Kansas Senate killed a “a host of amendments to do things like allow the secretary of the Department for Children and Families to extend the duration of benefits during times of economic recession and require annual reports on the success of the job training programs meant to help people off the TANF and SNAP rolls.”

The Kansas bill reflects how easy it is to score political points through new ways to stigmatize the poor. Making recipients of public assistance jump through more and more hoops (including drug testing) does not help them find stable employment and instead reinforces the idea that they are part of a permanent underclass. Putting cookies on a no-no list is a way to make headlines, not progress in moving people from welfare rolls to jobs.

Robert David Sullivan
RobertDSullivan
Show Comments (
1
)
Comments are automatically closed two weeks after an article's initial publication. See our comments policy for more.
Mike Evans
7 years 10 months ago
Not only in Kansas. But just about everywhere GOP politicos are ramping up their specific attacks upon the poor and unemployed. They are pandering not only to themselves and their misbegotten ideologue supporters, but to a general hatred of the poor by people in general, including church-goers. The Protestant Ethic and Jansenism are very strong, depicting the poor as undeserving of our pity or help since they are profligate sinners who have made even God angry at their misbehavior. Thus public policy must become punishing and a whip to flog them into believing the "prosperity gospel" of fundamentalism and self-righteousness. We should all be appalled especially by self-described Catholics who support and proclaim such similar convictions. Lord have mercy on us all.