Do Democrats have a suburban problem?

Do Democrats have a suburban problem? 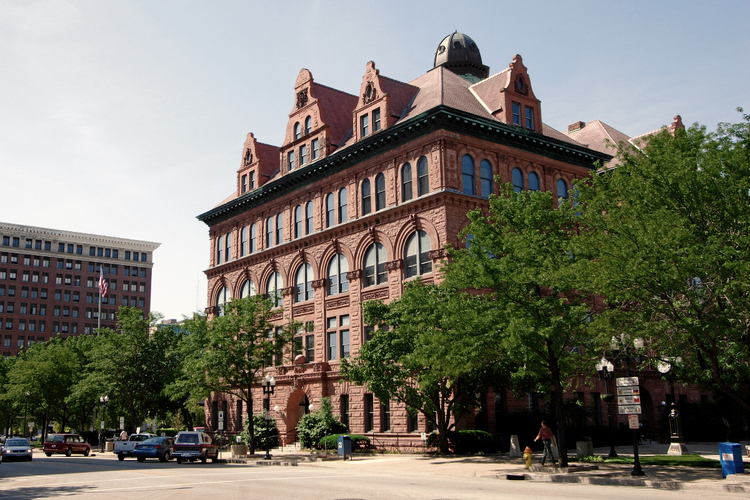 The 2012 election suggested that Republican candidates are handicapped by their party’s paltry support in major cities; for example, Mitt Romney’s 14 percent in Philadelphia effectively made it impossible for him to carry the state of Pennsylvania. The 2014 election, in which the Democrats lost the Senate and 25 of the 36 governorships on the ballot, raises the question of whether the suburbs are exacting their revenge.

At least that’s the scenario constructed by Joel Kotkin in a post-election piece called “The Progressives’ War on Suburbia.” Kotkin, a longtime opponent of smart-growth policies and champion of scare quotes, writes of the Democrats, “The progressive ‘clerisy’ and their developer allies may wish to destroy the suburban dream, but they will not be able to stay in office for long with such attitudes.” He argues that the Obama administration is alienating most voters by giving grants to urban developers and funding public transit as part of a “vision of getting Americans out of their suburban homes and cars and into apartments and trains.”

There may indeed be a backlash against Democrats outside of major cities, for reasons I’ll get to, but Kotkin’s theory doesn’t really make sense. Except for those in the construction and real estate industries, voters who already live in suburbia tend to oppose new housing (and traffic) near them, and I don’t know why they would object to squeezing more people into cities. If Kotkin is correct, urban dwellers should be angry at Democrats for not helping them to move out.

“‘To minimize sprawl’ has become a bedrock catchphrase of the core political ideology,” writes Kotkin, with visible distaste for what most people consider a nice, compact word dense with meaning. (In a 2013 Forbes essay, he declares, “‘Sprawl’ did not kill Detroit.”) “The progressives’ war on suburbia is essentially an assault on the preferences of the middle class,” he warns, and the middle class is onto them. The result was a 12-point win for Republicans among suburbanites this year, at least going by the definition of the term used in exit polls of U.S. House races, while Democrats won by 14 points among inhabitants of cities with more than 50,000 people (which would include many places long thought of as suburban), and Republicans won “small town and rural” voters by 21 points.

Kotkin’s essay has a lot of questionable assumptions. One of them is that population growth exactly mirrors people’s preferences on where to live. “Since 2010 the suburbs have added 4.4 million people compared to fewer than 2 million in core cities,” he writes, but that discrepancy can be attributed to the slow growth in housing stock in major cities, and not necessarily to a lower demand for urban housing. For a lot of reasons, it’s cheaper and quicker to build on farmland than to carefully construct homes that will fit into an existing neighborhood, and the lower cost of housing in sprawl areas will always be an attraction for families.

The extent of the war on suburbia is also exaggerated, as the federal government’s minor incentives to build in high-density areas and the modest investment in public transit are outmatched by policies that encourage homeownership (such as tax deductions for the interest on home mortgages) and spending on roads and highways. Kotkin at least stays away from the suggestion that the United Nations is using smart growth to enslave the planet.

At the Smart Growth for Conservatives website, Michael Lewyn pushes back against Kotkin’s political analysis, writing, “cities and suburbs moved in the same direction this year. … Republican candidates gained votes in suburbia—but they gained votes in cities as well, often in roughly equal proportions.”

Several states go against the thesis that Democrats suffered especially badly in the suburbs as a whole, though Kotkin may be correct when it comes to the exurbs at the farthest reaches of, um, sprawl. Take Virginia, where Democrat Mark Warner was re-elected to the Senate by less than a percentage point. In Fairfax County, part of Washington’s suburbs, Warner got 58 percent, the same percentage that Democrat Terry McAuliffe got when he was elected governor in 2013—and significantly better than the 53 percent that John Kerry won a decade ago, when George W. Bush carried the state. It was in the rural southwest of the state where Warner crashed, finishing far behind Kerry’s 2004 percentages.

In Colorado, incumbent Democrat Mark Udall lost his Senate seat, but he won 47 or 48 percent in each of the three big suburban Denver counties (Adams, Arapahoe, and Jefferson). In these counties, he was down five to 10 points from his win in 2008, but he was down more than 10 points in many areas farther outside Denver’s orbit, such as Greeley’s Weld County and Grand Junction’s Mesa County.

Kotkin qualifies his claim that “suburban voters deserted the Democrats in droves” by noting, “The Democrats held on mostly to those peripheral areas that are very wealthy—such as Marin County, California or some D.C. suburban counties—or have large minority populations, particularly African-American.” (He doesn’t mention Pennsylvania, where Democrat Tom Wolf swept Philadelphia’s suburban counties while defeating incumbent Republican Tom Corbett.) But the whitest suburbs also tend to be farther from central cities, and distance may be the key factor here. Exurban voters may have turned against the Democrats on cultural issues (gun control, gay marriage, etc.), but that doesn’t mean votes in older and more densely populated suburbs will follow suit.

Backlash against the creative class

There is a possible reason for a backlash against Democrats not only in exurban and rural areas, but also in smaller cities. It’s in the headline of a Washington Post piece by Jim Tankersley: “Big cities are dominating the recovery, leaving the rest of America behind.” Tankersley has the numbers:

As of the third quarter of this year, according to a Brookings analysis of Moody’s Analytics data, America’s 100 largest metro areas were collectively 1.3 million jobs over their pre-recession peak. All the other parts of the country, combined, were still 300,000 jobs below peak. That’s a 1.5 percent gain for the big metros and a 0.7 percent loss for everywhere else.

The Democratic Party is strongly associated with big-city, creative-class economies that can’t be replicated in more than a handful of places, and Chicago’s Barack Obama fits with that image. So do San Francisco’s Nancy Pelosi, New York’s Hillary Clinton, and Boston’s Elizabeth Warren. That might not be a problem if the Democrats had a well-publicized agenda on how to tackle wage stagnation and lingering unemployment everywhere else, but they’ve made little progress on this front (see “The Internet Beats Inequality”), and resentment toward the big cities may have hurt them this year.

In Wisconsin, for example, Republican Gov. Scott Walker won overwhelmingly in the suburban counties around Milwaukee, but that metro area has long had one of the deepest urban-suburban political divides in America. Walker instead clinched victory in smaller metro areas like Eau Claire, Green Bay, and Oshkosh, where he ran well ahead of the Democrats’ winning percentages of eight years ago. There was a similar pattern in Illinois, where Republican Bruce Rauner defeated the Democratic incumbent by winning big in the Peoria, Rockford, and Springfield areas.

Older cities left behind in the economic recovery hurt the Democrats badly this year, and they’re the biggest threat to a presidential win in 2016. By contrast, newly built suburbs have always leaned Republican, and a pro-environment image—including its fight against sprawl—is the Democratic Party’s strongest asset in suburbia.