Clinton vs. Bush: Where is the passion to stop them? 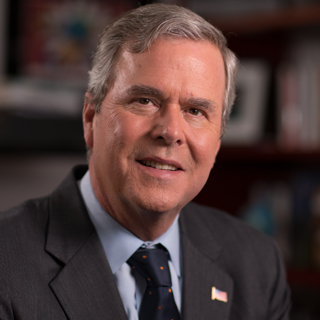 About a year from now, we’ll know the probable nominees for the 2016 presidential election; there’s little chance of a protracted primary-season battle like the one between Barack Obama and Hillary Clinton in 2008. We’re in for months of infatuations with other candidates, but I see no serious threat to Hillary Clinton on the Democratic side and little to stop Jeb Bush among the Republicans.

Wisconsin Gov. Scott Walker has a chance at the GOP nomination, but you don’t need to watch any of his speeches to know this. It’s sufficient that his state borders Iowa. Yes, there could be a lot of Republican candidates, but almost all of them will run out of money before the New Hampshire primary. If the United States lasts long enough, we’ll eventually see a contested national convention, but it will be because a presumptive nominee dies or withdraws from the race after the last primary. More people saying they want to be president does not mean more suspense.

If we end up having to choose between the wife of a president and the brother/son of two other presidents, does it mean that we’ve become more comfortable with political dynasties? Would a Clinton vs. Bush match-up signify an instinctive desire for the familiar, or for political leaders as parental figures, in an increasingly scary and unpredictable world?

Nah. Our national psychology has nothing to do with it. Dynastic candidates have an advantage when political parties are relatively unified and monochromatic, and that’s how the Democrats and Republicans have been since the turn of the century.

There are always some differences in priorities and strategies within a political party, but the Democratic and Republican parties have each achieved a consensus on public-policy goals that would have been unimaginable 30 or 40 years ago.

Let’s take two dynastic presidential candidates of the past, Democrat Ted Kennedy and Republican Nelson Rockefeller. Both were matches for Hillary and Jeb in terms of name recognition, financial resources, and the ability to put together powerful, nationwide networks of political insiders and volunteers. But Kennedy and Rockefeller had to fight (unsuccessfully) for presidential nominations, and that meant standing with an ideological wing of a broad-based party. Both went with the left wing, and they inevitably faced intense opposition from the moderate and conservative wings of their respective parties. It wouldn’t have mattered in what years they ran; it wouldn’t have mattered if Rockefeller pushed Richard Nixon from the 1968 race or if Kennedy frightened Jimmy Carter from seeking a second term in 1980. Both men were identified with the big-government wings of their parties, and there was no way either could waltz into a national convention without loud and widespread dissent.

In 1988, one son of a U.S. senator (Vice President George H.W. Bush) was nominated not because of his famous name but because he promised to complete the job of making the Ronald Reagan wing indistinguishable from the Republican Party itself. (His main opponent, Bob Dole, was tainted by association with the disintegrating Gerald Ford wing of the party.) Another son of a U.S. senator, Al Gore, lost the Democratic nomination in part because he was tied to foreign-policy hawks and the rapidly melting Southern white wing of the party. As late as 2000, George W. Bush, looking to return his family to the White House, faced a pesky opponent in John McCain—who by design or circumstance emerged as the leader of a weird populist-moderate wing of the GOP that was doubtful of Bush’s plan to slash taxes on the wealthy. But even that internal battle lasted only a few weeks before McCain ran out of money and momentum.

This time, I don’t see where the money, or the passion, against the dynastic candidates will come from. In her first run, Clinton faced questions about her electability against a Republican (Obama seemed less partisan), but it doesn’t matter who the Democrats pick in 2016; any nominee will be seen to be a continuation of the Obama regime. Bernie Sanders or Elizabeth Warren could conceivably win a couple of small-state primaries by arguing that Clinton is not tough enough on Wall Street or imaginative enough to address income inequality, but Clinton will be able to adopt enough populist rhetoric to win the nomination.

On the Republican side, Mike Huckabee, Ben Carson, and Ted Cruz are regional candidates whose appeal won’t extend much past Bible Belt states. Rand Paul could do well in Iowa, New Hampshire, and a few other small states, but he has no real ammunition against Bush. (There will not be a groundswell of Republican primary votes for isolationism, or for more libertarian principles in the criminal-justice system.) Marco Rubio, Bobby Jindal, and others will be auditioning for vice president or a future presidential run.

That leaves Chris Christie and Scott Walker. Christie may run in case Bush turns out to be a terrible candidate (smug, thin-skinned, whatever) and there’s a non-crazy vacuum to fill, but otherwise he’s another Rudy Giuliani, who will make sure to get out of the race before he can lose the New Jersey primary. The confrontational Walker could be Bush’s toughest rival: a hero for busting public-sector unions, a stalwart against Obamacare in a blue state, and (this cannot be stressed enough) the governor of a state bordering Iowa, home of the first official nomination contest of 2016. But Walker’s appeal is untested: Wisconsin is one of the most politically polarized states in America, and what’s popular in the extremely conservative suburbs of Milwaukee may not play as well among suburban primary voters in California, New York, Ohio, and Illinois.

The big question for Walker, or whoever threatens Bush, is raising enough money—and enough passion among volunteers and primary voters—to keep a campaign going even after losing a few contests. Maybe I’m underestimating the resentment toward Bush on immigration (whatever he’s said in the past, he’ll run as a “no amnesty” candidate) or the federal role in education (Common Core notwithstanding, he’ll run as a champion of local school boards). Right now, I think Bush and Clinton can bigfoot their way to taking over two political parties that don’t have much fight left in them.

Robert David Sullivan
RobertDSullivan
Show Comments (
5
)
Comments are automatically closed two weeks after an article's initial publication. See our comments policy for more.
Robert Lewis
7 years 3 months ago
And then won't the Republican Party be basically ceding the Presidency to the Democrats? Does anyone actually think someone with the last name of "Bush" can have the Presidency again for his dynasty after what Dubya did? It's positively insane!
ed gleason
7 years 3 months ago
Clinton vs Walker.
JR Cosgrove
7 years 3 months ago

That leaves Chris Christie and Scott Walker. Christie may run in case Bush turns out to be a terrible candidate (smug, thin-skinned, whatever) and there’s a non-crazy vacuum to fill, but otherwise he’s another Rudy Giuliani, who will make sure to get out of the race before he can lose the New Jersey primary.

Christie is a non starter. This is said by someone who admired how he took on the teachers unions in New Jersey and his ability to express the frustration of Republican conservatives. He is pro gun control and this is enough to generate a lot of anti-Christie passion. But then there is the cozying up to Obama a few days before the 2012 elections.

The big question for Walker, or whoever threatens Bush, is raising enough money—and enough passion among volunteers and primary voters