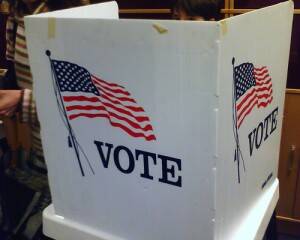 It’s tough to be an informed citizen. Now we not only have to decide whether we want the Affordable Care Act (“Obamacare”), we have to have an opinion on how well it’s being implemented. We’ve got to know what the federal debt ceiling is and whether it’s a good idea raise it, and we’re supposed to figure out who’s responsible for shutting down the government for two weeks.

Ilya Somin has the answer for this information overload:

Reducing the size of government could also alleviate the problem of ignorance by making it easier for rationally ignorant voters to monitor its activities. A smaller, less complicated government is easier to keep track of.

Somin is the author of Democracy and Political Ignorance: Why Smaller Government Is Smarter and a scholar at the libertarian Cato Institute. At the Cato Unbound website, Somin offers a summary of his book and frets about the “deep and widespread” ignorance of American voters. (Example: “They greatly underestimate the percentage that goes to entitlement programs such as Medicare and Social Security, and vastly overestimate that spent on foreign aid.”) He argues that effects of this ignorance are worsened by “the enormous size and scope of modern government.”

His solution is for us to make fewer decisions at the ballot box (i.e., ask the government to do less stuff) and to make more decisions by “voting with our feet.” In other words, if we think the government should do something, we should move to another state or city where the government already does it:

I haven’t seen the book, but Somin’s essay reads like a whispered call for solidarity among highly educated (which usually means high-income) Americans. The message is: Why let those people make demands on government when they don’t even know what government does? Shifting power to smaller and smaller political jurisdictions also has implications for the well-being of Americans who don’t live in affluent communities. Look at public schools, which in most states are largely funded at the local level. Our public education system allows for “voting with your feet,” if you’re financially able, by moving to a county or town with high property values. But in this case, “decentralization” is a legitimate-sounding way of banishing from your mind poorer neighborhoods just a few miles away.

As for the problem of voter “ignorance,” Somin takes note of “information shortcuts” that people use to make decisions at the ballot box. He’s not impressed by “opinion leaders” who put complex political issues in easy-to-swallow form. (“They are people like Rush Limbaugh or Jon Stewart, whose main asset is their skill at entertaining their audience and validating its preexisting biases.”) But in his Cato Unbound essay, at least, he doesn’t address the information shortcut that dominates politics in almost all functioning democracies: political parties. Look at polls and at granular election results (down to the precinct level), and it becomes obvious that the great majority of Americans vote for the same party from one election to the next. This is presumably because, as Yale University’s Heather Gerken writes in one of the three responses to Somin’s essay, “voters do know one big thing: the basic difference between the two major parties.”

In addition to the political parties, voters can also look to labor unions, trade organizations, churches, advocacy organizations (for women, seniors, gays and lesbians, etc.), and issue-based lobbies (the NRA, environmental groups). Often voters rely on the information from these groups because they share broad goals that require action from the government. Are their votes less legitimate than “smarter” voters who know what percentage of the federal government goes to, say, arts programs versus veterans’ benefits?

Is Obamacare coming to get you?

Here’s another example of how difficult it is to stay informed about the ball of confusion known as Obamacare. In a post titled “You Can Keep Your Health Insurance Under Obamacare? Not So Much,” Reason’s J.D. Tuccille writes of Obamacare’s effects on people who already have coverage: “it doesn’t matter if you like your health care plan, since you probably can’t keep it.” He quotes from Kaiser Health News:

Health plans are sending hundreds of thousands of cancellation letters to people who buy their own coverage, frustrating some consumers who want to keep what they have and forcing others to buy more costly policies.

The main reason insurers offer is that the policies fall short of what the Affordable Care Act requires starting Jan. 1. Most are ending policies sold after the law passed in March 2010. At least a few are cancelling plans sold to people with pre-existing medical conditions.

And if you click through to the Kaiser Health News report, you can also read:

By all accounts, the new [federally approved] policies will offer consumers better coverage, in some cases, for comparable cost — especially after the inclusion of federal subsidies for those who qualify. The law requires policies sold in the individual market to cover 10 “essential” benefits, such as prescription drugs, mental health treatment and maternity care. In addition, insurers cannot reject people with medical problems or charge them higher prices. The policies must also cap consumers’ annual expenses at levels lower than many plans sold before the new rules.

So now we all have to get fancy-pants insurance that covers mental health! Hmm, I’m reminded that one of the arguments against gun control is that monitoring mental illness, not confiscating weapons, is the best way to prevent shooting massacres...

Robert David Sullivan
RobertDSullivan
Show Comments (
7
)
Comments are automatically closed two weeks after an article's initial publication. See our comments policy for more.
Christopher Conover
9 years 1 month ago
In truth, many millions of Americans will lose their coverage, not hundreds of thousands. The relevant denominator is 19.4 million non-elderly with non-group policies, not the 31 million you cite since the latter includes elderly purchasers of Medi-gap policies, which will be completely unaffected by Obamacare's new rules. A Health Affairs study showed that 51% of the non-group policies sold in 2010 would not meet ACA standards [Health Affairs is one of the most highly regarded peer-reviewed health policy journals, so this carefully done study cannot be easily dismissed] http://content.healthaffairs.org/content/early/2012/05/22/hlthaff.2011.1082.abstract. More recently, insurance expert Robert Laszewski estimated 85% of non-group policies are not eligible for grandfather status, i.e., must be replaced before Jan. 1, 2014. [Laszewski is a highly regarded health insurance expert without an axe to grind with respect to Obamacare] http://healthpolicyandmarket.blogspot.com/2013/10/week-two-of-obamacare-federal-health.html Thus, anywhere from 9.9 million (using the Health Affairs number) or 16.5 million will be forced to change their coverage due to the ACA. It would appear that perhaps Obamacare is too big for even you to stay informed. If we want to shrink the size of government, I cannot think of a better place to start.
JR Cosgrove
9 years 1 month ago
Apparently, it was always part of the plan for people to lose their current insurance. This is the big lie of Obamacare. It was thought that these people would make good prospects for Obamacare. They would be required to buy the more comprehensive insurance or do without and pay a fine. They would then inflate the numbers that would enroll to make it look at how good the program was. This is justified because Obamacare is supposed to be better insurance because it offers more. As an aside to this, there is a calculator on a Washington Post site that estimates the cost of insurance for Obamacare. I put in a made up salary ($95,000), my zip code in New York, a family of 5 and it said my cost for the silver plan would be $9,300 after a $4500 subsidy or the actual cost of the insurance was close to $15,000. So a family with 3 kids in a middle class neighborhood, mostly blue collar workers, making $95,000 gets a $4,500 subsidy. It said the total additional outlay in co-pays etc. would not be more than $6,500 more for the year for any medical treatments.
Michael Barberi
9 years 1 month ago
A family of 5 and an annual family income of $95,000 cannot afford to pay $9,300 a year in premiums for a Silver health plan. Such a family will also have to pay up to $6,500 a year in out of pocket medical expenses. I would guess that the bronze plan would be equally unaffordable. The reason that there has not be out overwhelming outcry from millions of people who have to buy insurance is because they don't know what they will have to pay for the lowest cost plan. This will change between January 1st and March 31st when the cost of ObamaCare will not be a savings of $2500 a year for families, as Obama promised, but an increase in cost of abut $7,500 a year.
Stanley Kopacz
9 years 1 month ago
The size of government is not the problem. The problem is how money controls and corrupts the legislative and executive branches and indirectly the judicial branch. No decisions about the size and function of government should be made until this problem is first removed.
JR Cosgrove
9 years 1 month ago

"The size of government is not the problem."

The size of government is most certainly the problem. The more money, more programs, more people involved, the more there is the opportunity for corruption and self interest. Government workers are not public servants as the phrase used to be used. They are in it for themselves and human nature will run its course and there is no standard of profitability as there is in the free market to check egregious behavior. Debacles are not punished as when a business venture goes south. The natural law works even in government but most times they never have to pay for their sins.
Stanley Kopacz
9 years 1 month ago
I heartily disagree. Government workers do not set the rules of the game. The legislature does. Money and lobbyists have too much power over the legislators. ALEC writes up legislation and the lackeys introduce it. This is the original sin. One growth sector in the government I might put under close examination is our all-American STASI, the NSA. We have sole contractor Booz-Allen-Hamilton whose only customer is the US government. There's a revolving door between NSA administration and BAH executives. All under the umbrella of state secrecy. Fix that problem and you have a model to fix whatever's wrong in the rest of the government. There used to be rules prohibiting government employees from leaving government and going right into the employ of government contractors. What happened to these rules? Who benefits from their dissolution?
ed gleason
9 years 1 month ago
GOPers and Cato are always touting how financial success ought to determine political decisions. So GOPers and Cato please explain how the 10 richest US cities are all Democratic centers and the 10 poorest are all GOP/Tea Party hot spots... [The true answer is FOX News propaganda ] http://finance.yahoo.com/news/america-richest-poorest-cities-165424993.html