Bill Clinton does some boomersplaining 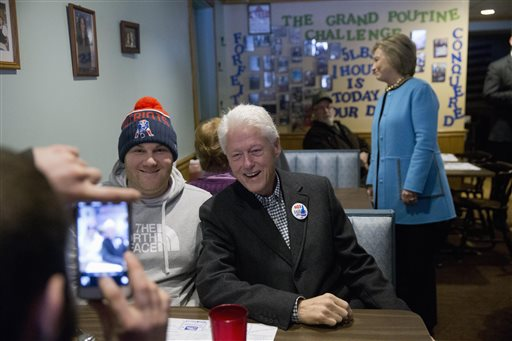 You may not have heard of the term if you get your news from legacy media, but #boomersplaining has become a major issue in the closing days of the New Hampshire Democratic primary campaign. It refers to older supporters of Hillary Clinton voicing disagreement—sometimes turning into outraged bewilderment—with younger backers of Bernie Sanders.

In a column for the website National Memo, Clinton supporter Connie Schultz wrote, “It’s not just men—my sisters, you disappoint me—but it’s particularly entertaining when the reprimands come from young white men who were still braying for their blankies when I started getting paid to give my opinion.” (Psst, it might not help to brag about getting paid to give your opinion to younger people who are being told, “We can’t give you any money, but writing for us would be great for your brand.”) At the liberal website the Daily Kos, a Sanders backer responded with, “Do you really think such condescension will help win anyone over? If you want Sanders supporters to support Clinton, how is such sarcasm going to earn their votes?”

The ultimate Baby Boomer, former president Bill Clinton, did his own explaining to New Hampshire voters over the weekend, repeating Hillary Clinton’s argument that the purer-than-thou approach of Bernie Sanders is unrealistic and that “progressives make progress.” (This was reminiscent of Bill’s characterization of the Barack Obama campaign as a “fairy tale” in 2008.) Referring to a CNN report that Mr. Sanders has plenty of Wall Street donors, he used, yes, sarcasm, in channeling the Vermont senator: “Anybody who takes money from Goldman Sachs couldn’t possibly be president…. He may have to tweak that answer a little bit, or we may have to get a write-in candidate.”

The past few days also saw 78-year-old former secretary of state Madeleine Albright scolding younger women who don’t support Clinton with “There’s a special place in hell for women who don’t help each other.” (Vote Fiorina!)

The “boomersplaining” controversy—fueled by data from Iowa indicating that Bernie Sanders won voters under 45 by a huge margin, while Hillary Clinton swept older voters—is amusing, but there is a substantive debate about the campaign styles and governing philosophies of Ms. Clinton and Mr. Sanders. Several pundits have compared the two to the philosophical figures of the hedgehog (who knows one important thing) and fox (who knows many things). As the Atlantic’s David A. Graham writes, “Sanders knows that what the country needs—the only thing it needs—is a political and economic revolution. Clinton knows the country needs progressive policies on a range of matters and a pragmatic, realistic strategy to implement them.”

This framework is more favorable to Hillary Clinton, and the New Yorker got an actual Younger Voter, staff writer Alexandra Schwartz, to make a similar argument:

the suspicion that political compromise is inherently venal is at the root of the grievances that so many of Bernie’s young supporters harbor against Hillary, whose long record bears the kind of battle scars that are easily dodged by an independent senator from Vermont. But rethinking one’s position, or tactics, or point of view, can be a far greater mark of integrity than any purist’s staunch refusal to yield, in politics as in anything else. One conclusion to draw from Obama’s Presidency is how necessary the right proportion of flexibility and resolve is for the job, and what a significant liability the insistence on purity can be when it comes to the actual business of governing.

(You could argue that the last Democrat to oppose Hillary Clinton from the idealistic left, Mr. Obama, did show the right flexibility in office, but Lloyd Bentsen might have responded that Sanders is no Obama.)

I suspect that Ms. Clinton will get the better of the argument in the long run—that is, when the nomination process moves past reform-minded Iowa and New Hampshire to southern and larger industrial states, where more diverse populations often make it necessary to make compromises to get things done. But Ms. Clinton will probably lose a few contests along the way, and Bill’s apparent pique at the prospect of Hillary losing anywhere is not going to mitigate the sense of Boomer entitlement that is one factor in the Democratic-primary age gap. 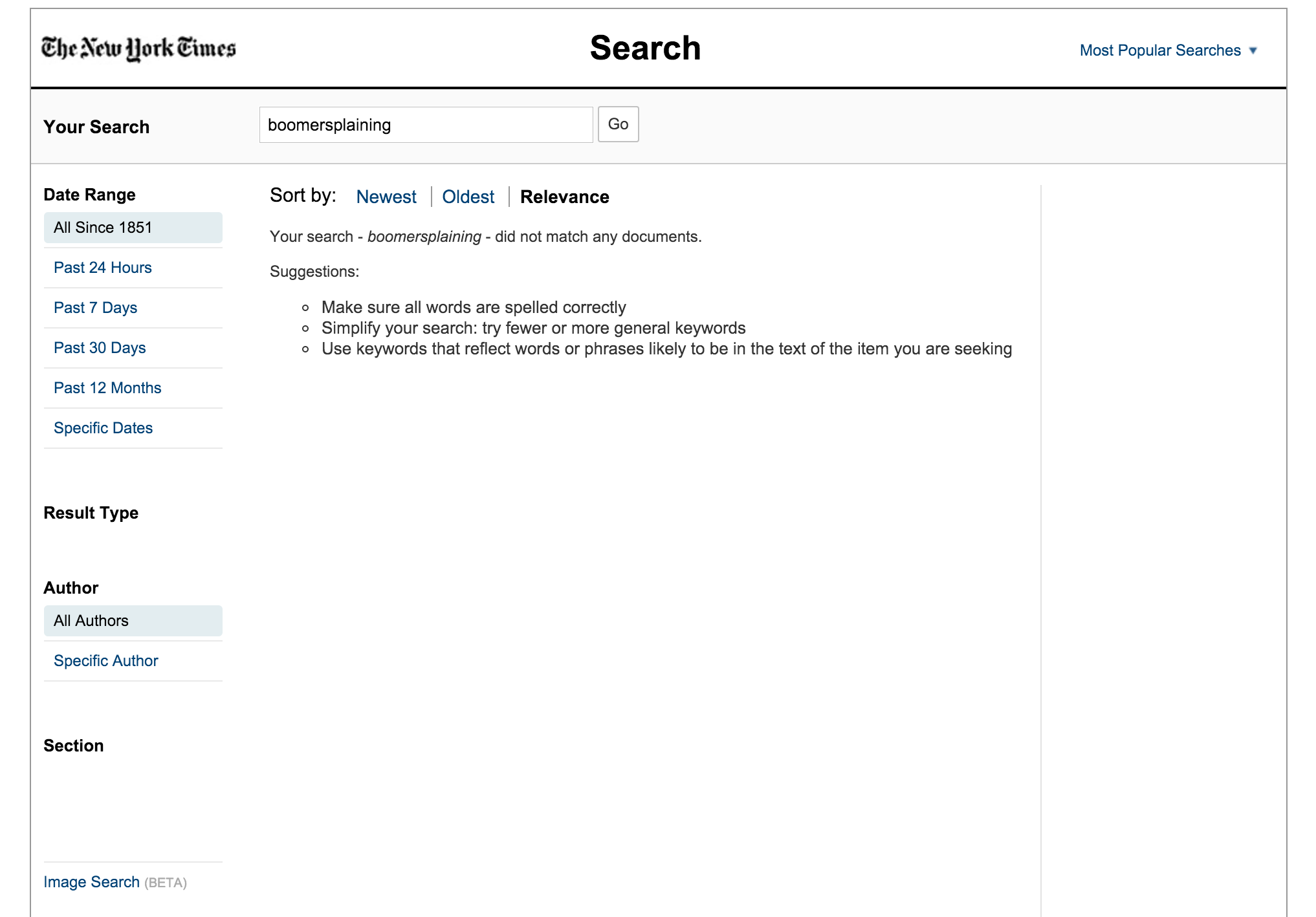 The New York Times has not discovered boomersplaining yet.

Robert David Sullivan
RobertDSullivan
Show Comments (
1
)
Comments are automatically closed two weeks after an article's initial publication. See our comments policy for more.
Robert Lewis
5 years 2 months ago
Oh, baloney! Tell that rubbish to THESE people: http://www.theguardian.com/us-news/video/2016/feb/09/donald-trump-bernie-sanders-supporters-similarities-video?CMP=share_btn_fb If both parties' political establishments succeed in pitting one status quo candidate against the other, then the decadent, dysfunctional ersatz republic will be on the edge of a social revolution--and waiting for the genius demagogue who will succeed in uniting BOTH of these factions--because together, they DO make up a majority!