The age of disposable voting machines is getting expensive

The age of disposable voting machines is getting expensive 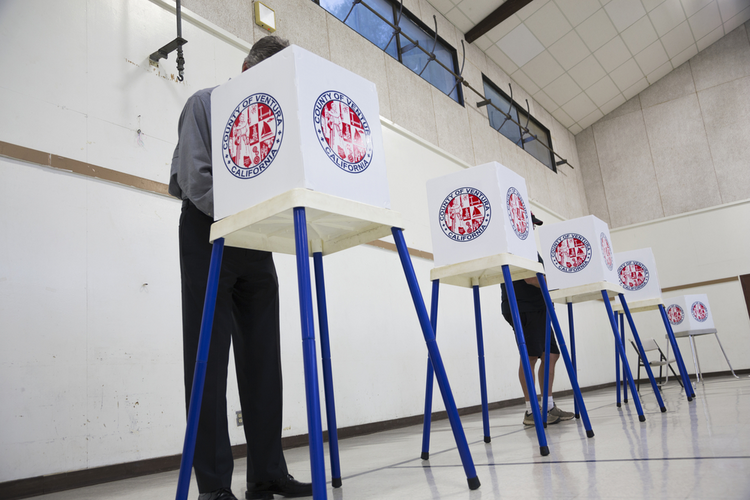 This is the cruelest part of the presidential election cycle for those of us who are skeptical that people answer public-opinion polls with as much thought as when they cast ballots. We are Missourians (“Show Me”) when it comes to Donald Trump’s takeover of the Republican Party. But the Brennan Center for Justice has worrisome news for lovers of hard political data (that is, votes). This week it released a report warning that our election infrastructure is in no better shape than our train tunnels.

“In 2016,” according to the Brennan Center, “43 states will use electronic voting machines that are at least 10 years old, perilously close to the end of most systems’ expected lifespan. Old voting equipment increases the risk of failures and crashes—which can lead to long lines and lost votes on Election Day—and problems only get worse the longer we wait.”

There’s a school of thought that long lines, and presumably the glitches that cause them, are good for democracy because it shouldn’t be too easy to participate in elections. (Just as long as affluent suburbanites aren’t the ones having to wait an hour to cast a ballot.) But no one, outside of cable news channels, can be looking forward to another close presidential election that drags on for weeks because of technical snafus in counting the votes.

The Brennan Center report partly blames “the pace of technological change” for the quick obsolescence of current voting equipment, noting, “although today’s machines debuted at the beginning of this century, many were designed and engineered in the 1990s.” You wouldn’t think innovation is a big factor in machines that count ballots one by one (voters aren’t expecting to download movies or play video poker while they chew over ballot questions, are they?), but security flaws are a big concern: “For example, Virginia recently decertified a voting system used in 24 percent of precincts after finding that an external party could access the machine’s wireless features to ‘record voting data or inject malicious data.’” Holy stuffed ballot box!

One quote from the report jumped out at me. “Can you imagine using a personal computer for [this long]?” said Rodney Allen, director of elections for Pickens County, S.C., of his 10-year-old machines.

I don’t know. Replacing voting machines every 10 years seems close to just using disposable ones (like drug dealers on "The Wire" using burner cell phones), throwing them all away after every presidential election. Am I a Luddite for feeling nostalgic toward those closet-sized, lever-operated voting booths that could work for a century?

For at least the past decade, I’ve been filling in circles with a pencil and feeding my ballots to optical-scan machines. That seems sensible, in that there are actual paper ballots to count by hand if that becomes necessary, and I don’t imagine that the ballot-reading machines would all break down at once. The most problematic equipment seems to be touch-screen voting machines that are networked and at high risk of being hacked. But outside of getting data as soon as possible to the Associated Press so they can “call” elections an hour after voting places close, there doesn’t seem to be any good reason that we have to transmit votes at the speed of light.