Were 'Hidden Funds' Really 'Discovered' in The Vatican?

Were 'Hidden Funds' Really 'Discovered' in The Vatican? 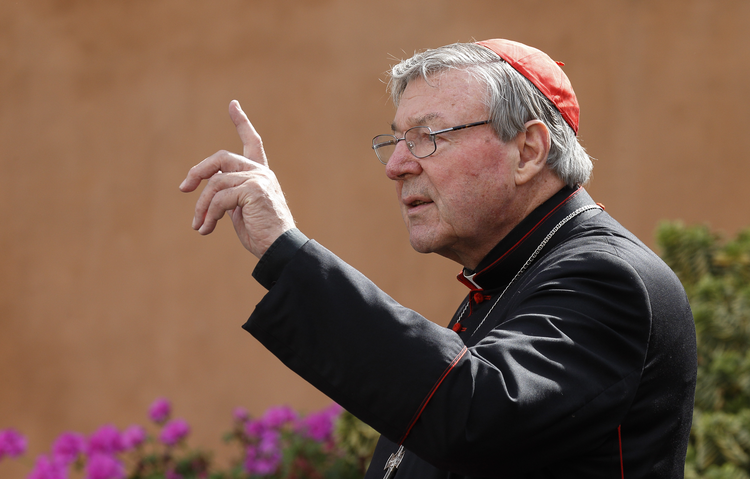 Did the new Secretariat for the Economy established by Pope Francis earlier this year really “discover”’ some  “hundreds of millions of dollars” in hidden funds in the Vatican, as Cardinal George Pell wrote in an article for the Catholic Herald, a UK weekly, on December 4, and the media reported worldwide?

In reaction to this news, an internal document was prepared in the Vatican which examines and disputes this claim. The seven page text, which has not been made public but which America’s Vatican correspondent has seen, provides important background history, information and clarification regarding the funds in question and states clearly that, far from being "discovered," the information about them had already been made available to the group of lay experts appointed by the pope last year for the reorganization of Vatican finances, before the Secretariat for the Economy came into existence.

The Australian cardinal, whom Pope Francis appointed to head the new Secretariat that was established on February, 24, 2014, wrote in the Catholic Herald that “we have discovered that the (Holy See’s financial) situation is much healthier than it seemed, because some hundreds of millions of euros were tucked away in particular sectional accounts and did not appear on the balance sheet.”

The cardinal, who is also a member of the council of nine cardinals that advises the pope, explained that this could happen because “those in the (Roman) Curia were following long-established patterns. Just as kings had allowed their regional rulers, princes or governors an almost free hand, provided they balanced their books, so too did the popes with the curial cardinals …” And so, he added, “Congregations, Councils and, especially, the Secretariat of State enjoyed and defended a healthy independence. Problems were kept 'in house' (as was the custom in most institutions, secular and religious, until recently). Very few were tempted to tell the outside world what was happening, except when they needed extra help.”

His article gave the impression—and certainly the media read it this way—that because of the way the system was run with another cultural mentality that did not operate with the modern accounting standards and procedures that are normal in the Anglophone world, something questionable, shady, if not downright illicit or illegal, had been happening in Vatican offices and “especially” in the Secretariat of State, before and under Pope Francis. He affirmed, however, that thanks to the reforms and new structures introduced by Pope Francis in the Vatican’s financial sector, including the setting up of the Secretariat for the Economy, and with the assistance of the Financial Information Authority, it will be impossible to go back “to the bad old days.”

Not surprisingly, the main international media outlets pounced on Pell’s revelation about the “discovery” of considerable “hidden funds” in various Vatican offices, and especially the Secretariat of State, and wondered why they existed and how they are used.

This news, of course, cast other Vatican officials, especially those in the Secretariat of State, in a very bad light, so much so that on December 5 the Director of the Holy See’s Press Office, Fr. Federico Lombardi, hastened to issue an important clarification. He observed, among other things, that “Cardinal Pell has not referred to illegal, illicit or poorly administered funds, but rather funds that do not appear on the official balance sheets of the Holy See or of Vatican City State, and which have become known to the Secretariat for the Economy during the current process of examination and revision of Vatican administration…”

Lombardi’s statement went some way to removing the impression that something improper or suspicious may have been happening to Vatican finances even under Pope Francis who, as is well known, has adopted a "zero tolerance policy" also in regards to the misuse or mishandling of monies in the Vatican.

His statement, however, could not entirely undo the dismay and upset felt among Vatican officials, in the Secretariat of State and elsewhere, who felt their good name and professionalism, as well as the good name of the Roman Curia was yet again being called into question. Moreover, Lombardi’s statement left many questions unanswered.

To clarify the situation, as mentioned above, and to remove any shadow of doubt regarding the "hidden" funds in the Secretariat of State an “informative note” (henceforth ‘Note’) was prepared in the Vatican, as mentioned earlier, which shows that these funds were not hidden after all. The "Note" confirms Pell’s affirmation that the Secretariat of State maintains funds “off the books,” but it contests the way he presented them in his article which gave the media the impression that they were in some way suspect.

The “Note” further explains that these funds are composed for the most part of the collections made on the basis of Canon 1271 (contributions from dioceses to the Holy See) and of Peter’s Pence (financial contribution given by the faithful to the Holy Father). All these incomes and outgoings are duly registered, it said. Indeed, the incomes are published annually and made available to the Council of 15 (The Council for the Study of Organization and Economic Problems of the Holy See) and to the Prefecture for Economic Affairs. The outgoings remain "reserved information," it said, but everything regarding the existence and use of such funds – papal funds – are always available to the Holy Father.

As for the reservations regarding the public disclosure of how these funds are used, the “Note” says this reserved information relates to operations such as to how and when money is sent to different parts of the world to help Christians in difficulty, or for the construction of nunciatures in countries in Africa or in the East, or for the payment of compensation for legal costs in particularly important cases, and so on.  It recalls that similar kind of information is also not disclosed by dioceses or religious orders worldwide. Not because there is something illicit involved, but because it is deemed appropriate to keep certain information reserved and not put it in the public domain.

The “Note” then provides some important historical background information. It explains that these “funds” were created by decision of Paul VI in the early 1970s, when the accounts of the Holy See were in real difficulty and there was talk of selling off real-estate to pay its debts.

Wishing to cut costs and to create a “structural” fund to protect the Holy See from economic problems in the future, Paul VI approved the creation of these funds that would remain outside the balance sheet by reason of their juridical character and in order to avoid pressure from other Vatican offices for the use of these funds. It was therefore to be a strictly “reserve” fund.

In the early 1980s, however, at the time of the crack of the Banco Ambrosiano, when the Institute for the Works of Religion ( IOR) and also the Holy See, found themselves faced with requests for compensation to the sum of 800 million US dollars, this reserve fund served its purpose.  The IOR was not able to cover the request for compensation and so the Secretariat of State had to negotiate to reduce the debt to 250 million dollars and drew this money from the “reserve” fund. In this way, the Secretariat of State was able to give the necessary financial assistance (and not for the first or last time) to the Holy See through a combination of diplomatic efforts and the capacity to pay its debts.

Following that episode, a decision was taken at the highest levels (during the pontificate of John Paul II) to increase these funds held by the Secretariat of State so as to be able to face other eventual structural problems in the future.

Subsequently, the Secretariat of State increased these funds which in the following years, and also today, are used to cover expenses that cannot be covered by other Vatican offices (dicasteries) .

The “Note” recalls that for the past 40 years the Secretariat of State has operated with prudence, increasing and creating a considerable fund, which is put at the disposition of the Apostolic See every month, and without which the Holy See would not be able to cover its own expenses. Moreover, the “Note” insists that the existence and the use of these funds were always reported directly to the pope, and therefore were not "hidden."

Given the above facts, the “Note” says it cannot therefore be asserted that the Secretariat of State ‘hid’ these funds that were only now ‘discovered’ by the Secretariat for the Economy.

Apart from clarifying this matter, the “Note” actually raises many questions including whether such funds should be now managed by the Secretariat of State or by another entity, and whether the information regarding how they are spent should be made public. It also asks the question as to whether the funds accumulated by the Secretariat of State, which are raised for works of charity and religion, should be used also to cover the running costs of the Roman Curia.

Show Comments (
2
)
Comments are automatically closed two weeks after an article's initial publication. See our comments policy for more.
Jack Rakosky
5 years 2 months ago
Sounds a lot like interest and invested money from our Peter’s Pence contributions has been used to bail out the Curia. It would be interesting to know what happens to contributions to all sorts of things at both the parish and diocesan levels when they “sit in the bank” before being used or sent to another entity. Does everyone take a cut from the invested money? I came across a situation in the public sector where the interest from mental health levy money was used to buy police cruisers! Sometimes we don't get real financial transparency just from balance sheets.
ed gleason
5 years 2 months ago
And now we have the OFM Franciscan money scandal..Give me a break ....And I'm trying to get my grandchildren to take another look at the Church before I pass on.. Is despair still a sin? .
Advertisement