Uproar in Rome Over the First Vati-leak in Francis’ Pontificate 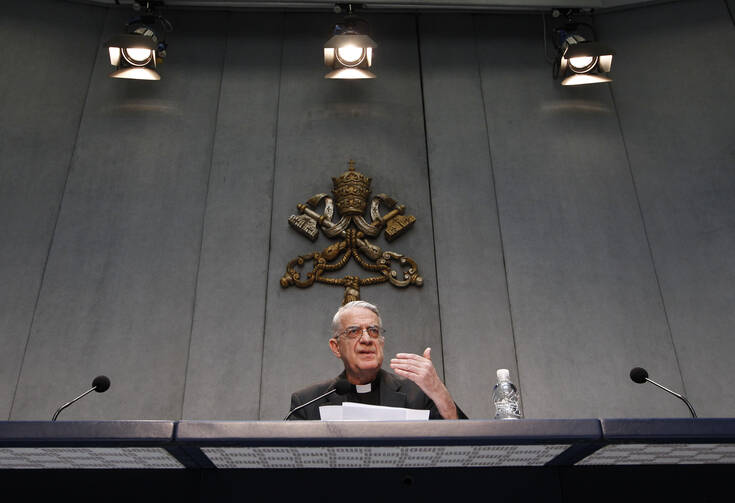 The publication of a leaked draft, though not final text, of Pope Francis’ much awaited encyclical on ecology by the Italian weekly, L’Espresso, with an introduction by Sandro Magister—its long-time columnist on Vatican affairs—has sparked uproar and strong reactions not only within the Vatican, but also among reporters accredited to the Holy See’s Press office.

This was the first leak of a major document from the Vatican since Francis became pope on March 13, 2013. Its publication is being widely interpreted in Rome as an attempt to steal the thunder of, or sabotage this important papal encyclical that deals with the degraded condition of planet earth, “our common home,” climate change and other issues that touch major economic interests, particularly in the coal and oil industries, and could have a worldwide impact.

Moreover, since Sandro Magister is known to be closely linked to circles in the Vatican and in the church abroad that are not much in sympathy with the direction being taken by Pope Francis, the leaking and publication of the text is also being interpreted as an act against the Argentine pope and the reforms he is carrying out.

The draft was published online by L’Espresso, around 4:00 p.m. (Rome time), with a brief introduction by Magister who wrote:

“Here it is. It suddenly appeared on the on-line site of L’Espresso in the afternoon of Monday, June 15, three days exactly before its announced public baptism. The author of this blog found it on the screen in front of him, the entire text; it appeared from who knows where. And so he accompanied it with some lines of presentation, to introduce it to society as is fitting.”

News of the leaked draft text—in Italian—travelled like wildfire across Rome. People started downloading and reading it. But within an hour, the Director of the Vatican Press Office, Father Federico Lombardi S.J., issued the following statement, and sent it to accredited reporters:

“An Italian text of a draft of the Pope’s Encyclical “Laudato Si’” has been published. Please note that it is not the final text, and that the rules of the Embargo remain in place. We ask journalists to respect professional standards, which call for waiting for the official publication of the final text.”

A week earlier, the Vatican announced the date of publication of the encyclical and set a total embargo on the text until 12:00 noon (Rome time) on June 18.

Soon after the Vatican’s confirmation of the embargo, Dr. Giovani Maria Vian, Editor of L’Osservatore Romano, the Vatican daily, contacted some—if not all—of the editors of the main Italian dailies requesting that they not publish the leaked text but, with the exception of “Avvenire”—the Catholic daily—they refused and used substantial extracts from the leaked document in their papers today.

Last evening, reporters accredited to the Holy See’s Press Office faced a dilemma: should they—and their news outlets—abide by the Vatican embargo, or should they go ahead and write stories using the leaked information? Their responses varied. Those who decided to write argued that since the text had been leaked, and so obtained independently of official Vatican channels, it could be considered as not falling under the embargo. It is significant that none of those who wrote had actually read the final text.

Strong feelings were expressed in the Vatican press office this morning during a very heated and rather unpleasant exchange between several of the reporters present, with some calling for the withdrawal of the press credentials of all who had used the leaked text in their stories. Other defended their use of the contested text in their news outlets.

It is worth noting at this point that when a journalist applies for accreditation at the Vatican Press Office, the form of application clearly states that s/he “must agree to respect the ethical norms of the journalistic profession (ex. those concerning embargo, etc.)” Each journalist has to make that commitment in writing.

Sandro Magister has had permanent accreditation to the Holy See’s Press Office for many years and knows the score well. The Vatican judged his involvement with the publication of the leaked text as a total violation of the embargo and today, June 16, Fr. Lombardi announced that Magister’s accreditation has been withdrawn indefinitely. He sent him a letter to that effect, and posted it on the notice board in the press office.

For his part, Magister told Associated Press that his editor, not he, had obtained the text and decided to publish it. “I just wrote the introduction,” he added in a text message.

The Vatican is trying to identify the source of the leak. If found, the culprit would be tried for this criminal offence by a Vatican tribunal, and risks two years in prison as well as a monetary fine of five thousand euro.

All this however has not derailed the high-profile roll out of the encyclical at a major Vatican press conference on Thursday, June 18. Cardinal Peter Turkson, President of the Pontifical Council for Justice and Peace, will be one of four persons on the panel that presents the text. The other three big-hitters are: Metropolitan John (Zizioulas) of Pergamon, representing the Orthodox Church, Professor John Schellnhuber, an atheist and the founding Director of the Potsdam Institute for Climate Change, and Dr. Carolyn Woo, President and CEO of Catholic Relief Services (USA)

Reporters will be given the full text, in the different languages, at 18.00 hours on June 17.

Gerard O’Connell
@gerryorome
Show Comments (
1
)
Comments are automatically closed two weeks after an article's initial publication. See our comments policy for more.
Alfred Chavez
7 years 3 months ago
This is a good sign. The Devil is just up to his old tricks. Confuse them, anger them, split them...etc. Sorry you old goat; but nice try.