Three Priests and a Lay Person Arrested in Abuse Scandal in Granada, Spain, after Pope's Intervention 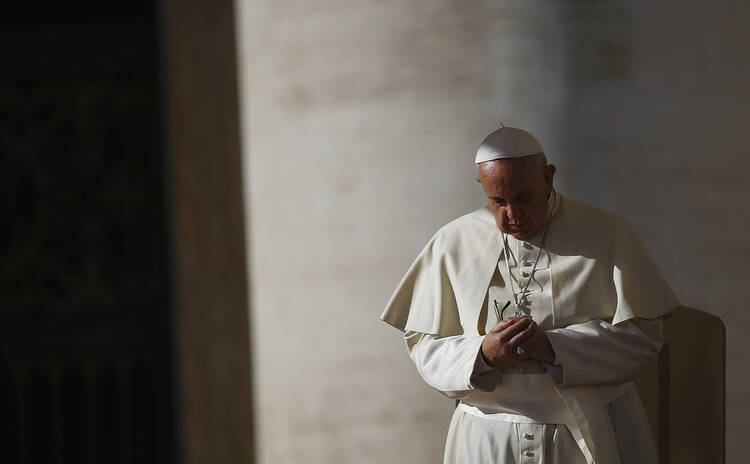 Three Catholic priests and a layman have been arrested by the police in Granada, Spain, charged with the sexual abuse of minors, the Spanish Ministry of the Interior confirmed on November 24.

The arrests came after the Spanish media last week revealed that Pope Francis had intervened directly in the case of the sexual abuse of a minor by priests in the archdiocese of Granada, Spain, after a survivor had written a letter to him last August. The survivor denounced the case to the public prosecutor after speaking to the pope a second time last October. The prosecutor then opened an investigation and it became clear last week that arrests were imminent.

Last August, the young man declared in his letter to the pope that he was 24 years old and ‘a supernumerary of Opus Dei.” He told the Argentine pope that he was abused, over a five-year period, by three priests while he served as an altar boy at the parish of San Juan Maria de Viannei in Granada between the ages of 13 and 17. He claimed that others too were abused. He decided to write the letter after hearing that the Pope in July told other survivors that he would show ‘zero tolerance’ to clergy or religious that sexually abused minors. (El Pais obtained a copy of the letter)

The young man was astounded, however, when the Pope called him on his cellular phone at 17.23 hours on August 10 and asked his pardon for “this very great sin, and this very great crime,” and promised to investigate and intervene. It’s understood that the Pope subsequently contacted the archbishop and instructed the Congregation for the Doctrine of the Faith to intervene. After speaking with the pope, the young man denounced the abuse to the archdiocesan authorities and the archbishop then carried out an investigation and suspended the three priests, but did little else.

Last October, the Pope phoned the young man a second time the Spanish media said. But when he learned how little the archdiocesan authorities had done he was not pleased and, it seems—though there is no confirmation from the Vatican—that he encouraged the young man to make a denunciation to the judicial authorities. Subsequently, the young man went to the public prosecutor of Andalucía and told the full story. This led to the investigation now under way and to today’s arrest of the three priests and a lay person.

It has emerged that the three priests are members of a ‘conservative spiritualist’ group called ‘Los Romanones’, led by sixty-one year old Father Roman—the group took its name from him, and appeared to have much money and houses which they would use not only for catechetical purposes or to encourage vocations, but also for sexual activities. There were several other priests in the group too.

The national police arrested Father Roman and two of the priests—Manuel Morales and Francisco Javier Montes in Granada on November 24, the Spanish authorities stated. But investigations are still underway in Spain, and other priests are under scrutiny.

Archbishop Ricardo Blazquez of Valladolid, president of the Spanish Bishops Conference, last week said the local church was willing to collaborate with judicial authorities, the Pope, and the Vatican’s Congregation for the Doctrine of the Faith.

On Sunday, November 23, the archbishop of Granada prostrated himself during mass at the city’s cathedral, along with other people, as a sign of his sorrow and repentance; he asked forgiveness for “the damage done” and “the scandal caused” to the church in the archdiocese. But many in Spain think the archbishop cannot remain as head of the diocese after such a scandal that has rocked the church here in this country.

Gerard O’Connell
@gerryorome
Show Comments (
4
)
Comments are automatically closed two weeks after an article's initial publication. See our comments policy for more.
John Fitzgerald
7 years ago
Outstanding!
ed gleason
7 years ago
We all can understand secret and personal offenses as they are as old as Cain and Able .. But a cabal of 4 or more perverts in religious cover needs be rooted out without using the soft glove
Robert Lewis
7 years ago
This piece of news must be widely disseminated; it puts paid to the charge that this pope is as passive as his predecessors in combating child-abuse.
William Rydberg
7 years ago
I understand that this break-away group seems to have had no canonical status (no oversight) but were given free reign by the Archdiocese. Talk about asking for trouble. I would be interested to hear from a person that objects to Visitations in general think. Or do they view this case as exceptional. Why?