Pope Expresses ‘Closeness’ to Greeks as Crisis Worsens, Asks for Prayers for Them 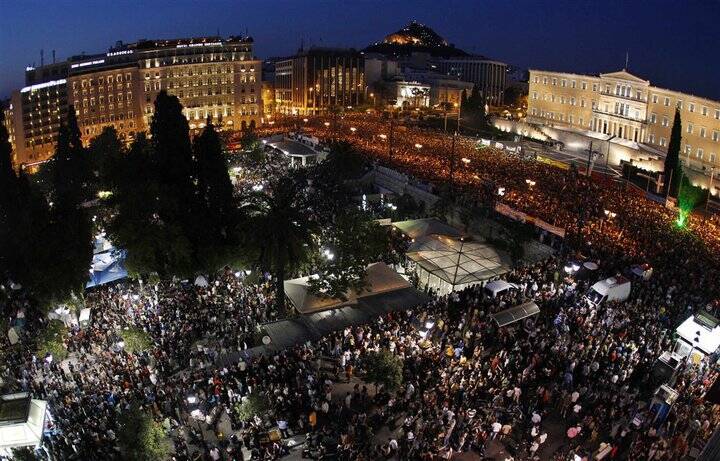 Pope Francis is deeply concerned at the economic and social crisis that is hitting Greece in these days, and today expressed his closeness to “all the people” there, and especially to “the many families” that have been gravely hit by it. He appealed to “all the faithful” worldwide to join him in praying “for the good of the beloved Greek people.”

Federico Lombardi S.J., the Director of the Holy See’s Press Office made the pope’s concern known in a statement released to the press on July 1, as the crisis seemed set to reach its climax.

The pope understands well the grave consequences of such a crisis. As archbishop of Buenos Aires, he lived through a similar economic and social crisis when Argentina went into default in 2001, an event that brought disastrous consequences for the population, especially the poor, and caused grave social tensions and problems. As a result of this he feels strongly about the disaster that is hitting Greece, which could bring even more serious consequences for its more than 11 million inhabitants, and particularly for the many poor people in this beautiful land with many islands. It could also have wider economic and political consequences.

In recent days, the world has seen some of the profoundly distressing scenes unfolding in the country after the government decided to close the banks for a week, before holding a referendum on bailout proposals. Pope Francis knows the situation could deteriorate even more if a solution is not agree in these last hours. Hence his passionate expression of concern and call for prayers

The following is the full text of Lombardi’s statement:

The news from Greece regarding the economic and social situation of the country is worrying. The Holy Father wishes to convey his closeness to all the Greek people, with a special thought for the many families gravely beset by such a complex and keenly felt human and social crisis.

The dignity of the human person must remain at the centre of any political and technical debate, as well as in the taking of responsible decisions.

Pope Francis invites all the faithful to unite in prayer for the good of the beloved Greek people.