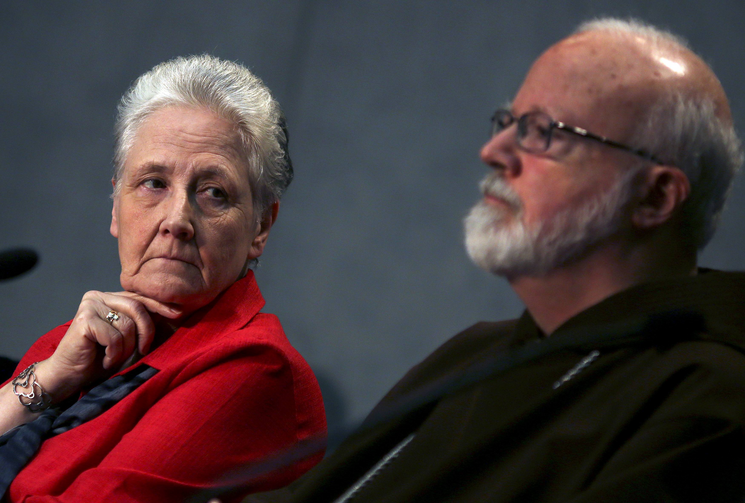 The commission set up by Pope Francis in March 2014 to advise him on preventing child sexual abuse is now making significant progress. A report published by the Vatican following the Sept. 8-11 plenary meeting of the Pontifical Commission for the Protection of Minors reveals the role of members in educating Vatican personnel and church leadership in countries across the globe on their responsibility for the protection of children, adolescents and vulnerable adults from sexual abuse.

The report shows that commission members have already addressed meetings of the Pontifical Ecclesiastical Academy, where the Holy See’s diplomats are trained, and the Congregation for Consecrated Life, which oversees religious orders and institutes of consecrated life worldwide. In the coming weeks, it will address a meeting of the Congregation for Clergy, as well as sessions for the training of new bishops (those appointed over the past year) organized by the Congregations for the Evangelization of Peoples and for Bishops. Indeed, the fact that Marie Collins, a survivor of abuse, will address these latter sessions with other commission members is a real breakthrough at the level of the Vatican.

Moreover, it reports that commission members have sought to educate church leadership through talks and workshops, on all five continents. They went to Australia, New Zealand, the Philippines, Fiji, Argentina, Colombia, Santo Domingo, the United States, Ghana, Tanzania, Slovakia, the Czech Republic and Italy. In the coming months, they plan to do likewise in Mexico, Ecuador, the conference of major superiors of men in the United States and will hold a workshop for the Federation of Asian Bishops Conferences.

Progress has been possible because the commission, which is headed by Cardinal Sean O’Malley, has the full backing of Pope Francis, who is determined to ensure the protection of children, minors and vulnerable people throughout the church, and to hold all bishops, heads of religious orders, congregations and Vatican officials fully accountable for this. He made this crystal clear in his motu proprio, “As a Loving Mother,” on June 4, which came into force on Sept 5. That decree contains new norms providing for the removal of bishops (or those equivalent to them in canon law) from their offices in cases where they have “through negligence, committed or omitted acts that have caused grave harm to others, either with regard to physical persons, or with regard to the community itself.”

The question of the accountability has been a major concern of the commission from the outset, and it made a proposal in this regard to the pope in February 2015. At its plenary meeting last week, it discussed and “welcomed” the pope’s response through the motu proprio.

It also welcomed the fact that Pope Francis has accepted another proposal of the commission that originally came from a survivor, requesting a Day of Prayer and Penance in dioceses across the world “for the survivors and victims of sexual abuse.” The commission in its report states its conviction that that “prayer is one part of the healing process for survivors and the community of believers” and that “public prayer is also an important way of consciousness raising in the church.”

In its report, the commission recalled that it works throughout the year, and prior to last week’s plenary session it met in small working groups to focus on the following assigned topics: guidelines, healing and care; education, formation, theology and spirituality; and canonical and civil norms.

The commission revealed, moreover, that it has already developed “a template for guidelines in the safeguarding and protection of children, adolescents and vulnerable adults,” which it will shortly present to Pope Francis for his consideration.

It concluded its report by announcing that in the coming months the commission will launch its own website, which, it hopes, “will be a useful resource for the church and all people of good will in our common goal, which is to make our church and our society a safe home for all.”

The commission will hold its next plenary meeting in Rome at the end of March 2017.

Gerard O’Connell
@gerryorome
Show Comments (
3
)
Comments are automatically closed two weeks after an article's initial publication. See our comments policy for more.
Crystal Watson
4 years 8 months ago
To call this a breakthrough - the commission giving some talks to new bishops at the Vatican - seems a sad joke. This is the commission that couldn't even convince the Pope to watch a screening of Spotlight with them, the commission that has already fired member Peter Saunders for speaking up too much, the commission that couldn't change the Pope's mind about installing Bishop Juan Barros. One concrete thing the Vatican could do for victims - stop spending millions of dollars to fight the relaxing of SOLs for victims reporting abuse. Meanwhile in Australia ... http://www.abc.net.au/news/2016-09-12/child-sexual-abuse-royal-commission-refers-1659-cases-to-police/7834972?WT.mc_id=newsmail
Reyanna Rice
4 years 8 months ago
As regards the commission not convincing the pope to watch "Spotlight" I would suggest that you need to understand that years ago, for personal reasons, the pope took a personal vow to not watch any movies or television, although I understand he makes exceptions to follow some news reports on TV, mostly serious breaking events such as the Paris attacks. And it seems you are ignoring the fact in the story where it says they have been holding training conferences with various groups around the world and have policy ready for the Pope to approve. To write such policy for a universal institution that can apply in all cultures and across various political and legal situations could not have been easy to do. What were you expecting fro.this group? The very things they are doing is what they were commissioned to do. And they did not "fire" Peter Saunders. It was a mutual agreement that he would take a step back to assess what his role and commitment to the group is about.
Crystal Watson
4 years 8 months ago
Not a mutual agreement, according to Peter Saunders ... https://www.ncronline.org/news/accountability/abuse-survivor-disputes-removal-vatican-commission-seeks-papal-meeting The Vatican has dragged its feet on universal sex abuse policies. The UN has been trying unsuccessfully for years to get them to do this ... https://ccrjustice.org/UnitedNationsRecommendsVaticanAccountability ... I'm not holding my breath. There's a simple way to ensure that bishops will take seriously that they shouldn't cover up sex abuse .... tell them they will be defrocked if it's shown they have done so. And then defrock all the bishops/cardinals who have already been shown to have covered up abuse, starting with Cardinal Law. The fact that guys like Law, Mahoney, Brady, Finn, have never even merited a harsh word from the Vatican, much less any punishment, just makes it plain that the Pope and the Vatican are not serious about cover-up accountability.