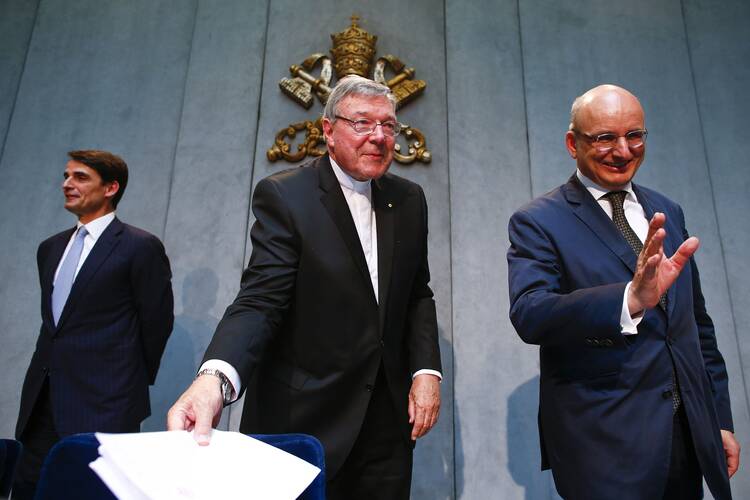 The Vatican Bank, officially known as the Institute for the Works of Religion (I.O.R.), today released its annual report for 2015 and reported a net profit of 16.1 million euro for the year despite lower interest rate environment, high volatility and uncertainties in financial markets.

That figure is significantly lower than the profit for 2014 which was 69.3 million euro, but, apart from the reasons given, it should be noted that the 2014 profit was 20 times more than that of 2013 thanks to the drive for transparency and accountability imposed by Pope Francis.

The banks’ annual report was published online on May 12, and its director general, Gian Franco Mammi, speaking at a roundtable discussion at Vatican Radio, explained the drop in profit this way: “It has been compatibly profitable, considering the objective difficulties of the market, its volatility, and the crises that have occurred, such as Greece.” “Moreover,” he said, “the profit of this year is compatible with the economic and political scenario of the time, and also considering that we have just finished an important transition phase.”

Significantly, he went on to affirm that the bank is now “absolutely clean” as a result of “major work in reorganizing all the clientele has been carried out, based on regulation that is very precise.” Moreover, he said, “a sure defense has been built up from which it will be impossible to retreat.”

“It’s impossible to launder money at the I.O.R.” today, the bank’s president, Jean Baptise Douville de Franssu, said. “It may have happened in the past as it may have happened in many, many financial and banking institutions across the world.” In any case, he said, the Vatican bank is now “a strong institution fighting against money laundering, ensuring that we know our customer,” and “we don’t hide information from tax authorities, but rather seek full transparency regarding client information.”

Referring to past scandals involving the I.O.R., he emphasized that “we have done a significant amount of work to understand what has happened and why and to seek justice so that whatever was taken away from the institute—therefore, away from the Holy Father—is given back to the church.“

A press statement revealed that the bank now has 14,801 customers, made up of the Holy See and related entities, religious orders, other Catholic institutions, clergy, employees of the Holy See and the accredited diplomatic corps. Approximately 75 percent of the customers are based in Italy and the Vatican, 15 percent are in other countries in Europe while 10 percent are outside Europe.

According to the statement, the bank closed 4,935 accounts between June 2013 and Dec. 31, 2015, “thus effectively terminating the thorough remediation process of past accounts.” At the same time, the I.O.R. president hastened to clarify that not all those accounts were “suspicious”; reasons for closure varied and included accounts that didn’t enter into the new categories of customers safeguarding the system, or were “sleeper” accounts or ones with tiny amounts in them.

Some news reports had alleged that the I.O.R. has investments in fossil fuel companies, in contradiction with the teaching of the pope’s encyclical “Laudato Si’.” The bank’s president flatly denied this. He said the percentage of equities in I.O.R.’s proprietary portfolio is a mere 1.7 percent, and in this “there is no company that would go against the teaching of ‘Laudato Si'.’”