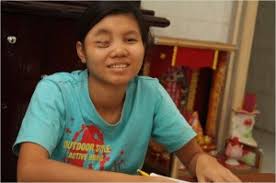 The trafficking of women and children for purposes of sex has grown exponentially to become a major criminal activity—generating funds of around $12 billion a year, just behind the criminal funds generated by illegal drug and arms sales. The United Nations Protocol to Prevent, Suppress and Punish Trafficking in Persons defines trafficking as follows: “The recruitment, transfer, harboring or receipt of persons, by means of the threat or use of force, or other forms of coercion, or abduction or fraud or deception, or the abuse of power, or of a position of vulnerability or of the giving or receiving of payments or benefits to achieve the consent of person having control of another person, for the purpose of exploitation. Exploitation shall include, at a minimum, the exploitation of the prostitution of others, or other forms of sexual exploitation, forced labor or services, slavery or practices similar to slavery, servitude or the removal of organs.”

I first became aware and interested in this horrendous criminal violation of human rights and dignity issue when I began teaching and writing about globalization a decade or so ago. I wanted also to know how criminal elements used the new tools of globalization ( the internet, world travel and banking etc) to further criminal activities such as smuggling, arms and drugs sales and prostitution. I chanced upon a 2005 book by a Canadian journalist, Victor Malarek, The Natashas: The New Global Sex Trade. Malarak recounted in that book the tales of numerous Eastern European women from the old Soviet bloc countries who were promised jobs in western Europe as nannies or maids only to find themselves, first, brutally raped by the criminals who contacted them, having their passports removed and kept under guard in the bordellos across Europe where they were whisked. The portrait was one not of happy hookers or the world’s oldest profession but rather of the world’s oldest oppression.

Prostitution, to be sure, is not a new phenomenon. But the global reach of transporting women from Eastern Europe or South Asia to cities such as London, Los Angeles, Tokyo, Melbourne is something new. Much of the trafficking in Russia, Hong Kong, Japan, Columbia and Eastern Europe is controlled by large criminal organizations.

They target certain key countries (Moldavia, Ukraine, Thailand, the Philippines, Cambodia) to recruit young women ( sometimes they are sold by their parents) who are, then, sent, first, to some key transit countries (Austria, Israel, Mexico) and then to their final destination countries (Australia, The United States, Japan, Korea being major receiving countries). Key traffickers target also places with a lot of United States troops ( e.g. Korea) or where there are UN Peace keepers. One Ukrainian trafficked woman, Olega recognized eight of her former clients (UN Peacekeepers) when the bar she was forced to work out of in Bosnia was raided.

Over the past decade, words of concern about the phenomenon of sex trafficking have proliferated but to little effect. Laws are weak (and often punish the prostitute but not “ the john”); governments are corrupt; many of the economies from which the women are snatched into sex slavery are in shambles and national and international resolve is shaky.

A year ago in Rome, at a remarkable congress organized by the International Union of Superiors General and the International Organization for Migration, dozens of women religious spoke to the issue. "Human trafficking is one of the effects of the globalization of poverty and hunger against which governments are only engaged in a war of words." The statement from the congress complained that national policies were ineffective in getting women who were forced into prostitution off the street. They saw the phenomenon of sex slavery as not only a violation of human rights but “an embarrassment for all humanity."

Trafficking feeds on the three famous P’s: Patriarchy (men’s sense of entitlement over women), poverty and powerlessness. Many prostitutes freed from their slavery return because of the lack of economic alternatives. Most studies of prostitutes, however, show high rates of physical assault and rape. One study of 207 trafficked women, conducted by the London School of Health and Tropical Hygiene, found that 8 out of the ten women had been physically beaten or assaulted. 61% had been threatened with a gun.

One of the difficulties in addressing the issue of global prostitution is the different stance of those who want to right the wrongs. There are abolitionists versus reformists. Abolitionists, such as in a 2003 statement by the Coalition Against the Trafficking of Women, oppose any legalization of prostitution. They see prostitution as an inherently degrading profession for the women and a violation of human dignity to see sex and a woman’s body as an item to bought and sold. An alternative NGO, The Global Alliance Against Trafficking in Women, rejoins that abolition of prostitution is doomed. They seek its legalization and a renaming of prostitutes as ‘ sex workers’, with all the labor rights of any worker. Places which have legalized prostitution ( e.g. Amsterdam, Melbourne), however, have seen little diminution of a criminal element or of the influx of sex trafficked slaves. Mayor Job Cohen of Amsterdam rued the impact of legalization in his city. In Melbourne, for the 100 legal bordellos there are 400 underground, illegal brothels, many of which employ trafficked women from Indonesia or Thailand.

In a new book, The Johns: Sex for Sale and the Men who Buy It, Victor Malarek takes the position of the abolitionists. He champions a stringent newish law in Sweden which targets the johns. In Sweden, selling sex is de-criminalized (giving the woman some leeway). But buying sex is a crime. Middlemen who purchase a sexual service for someone else face a fine and a possible jail term of up to six months. Anyone who has sex with a trafficked woman or with a woman who has bruises on her body gets a specially heavy fine or jail sentence. Norway has followed Sweden’s law. Norway’s justice minister explained the rationale: “People are not merchandise. By criminalizing the purchase of sexual favors, Norway will become less attractive in the eye of human traffickers.” Norway also has initiatives to help women leave prostitution.