What we learned (and didn't learn) in last night's debate 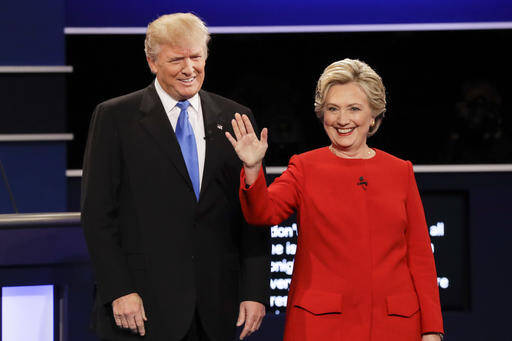 America asked some of our editors and frequent contributors to reflect on the first presidential debate on 2016. Additional contributions will be posted during the day on Tuesday.

In a debate that got bogged down on issues of “temperament” and devoted little attention to poverty or economic inequality, Hillary Clinton made some attempts at arguing for the common good. When Donald J. Trump essentially bragged about paying as little in taxes as possible (“That makes me smart”), Mrs. Clinton pointed out that he was bragging about not contributing to the salaries of teachers, firefighters and other public servants. She slammed him for being “one of the ones who rooted for the housing crisis” that hurt millions of families (Mr. Trump: “That’s called business”). Mrs. Clinton also decried the private prison industry (“We shouldn't have a profit motivation to fill prison cells with young Americans”), an issue on which Mr. Trump kept silent.

It is a theme that fits her “Better Together” slogan, but it was still an underdeveloped argument, and we do not know if she will pursue it further in the other debates. Mr. Trump stuck to his contention that the times call for someone ruthless in charge, and that people looking out for themselves is what makes America great. He returned to the Republican trope that “regulation” is strangling free enterprise, and his defense of the discredited practice of “stop and frisk”—New York police searching pedestrians (disproportionately young black and Latino men) without cause—sacrificed fairness for the comfort of his primarily white suburban supporters.

Where Mrs. Clinton came up short was, as usual, in articulating what message people would be sending if they vote for her. Moderator Lester Holt opened the debate with the un-fact-checkable claim that “Nearly half of Americans are living paycheck to paycheck,” and we did not come away with a sense of what Mrs. Clinton would say to those voters. Is she saying “stay the course,” that the economic recovery is slow but steady and policies like Obamacare are introducing more long-term security for families? Or is she saying that the Obama administration did the job of pulling us out of crisis but it is time to change direction, to address economic inequality and the disappearance of jobs for those without college degrees (the Bernie Sanders argument)?

Mr. Trump keeps focusing on those Americans worried about their economic futures and saying they have nothing to lose by voting for him and their gamble might pay off. Mrs. Clinton still seems at a loss when addressing the voters between the coasts left behind by the new economy.

For most people, casting a vote in a presidential election is one of the few times they have a say in public policy. In zeroing in on Mr. Trump’s lack of qualifications and dubious temperament, Mrs. Clinton comes close to saying there is no choice this year, that voters who feel the country is off-track will have to wait eight years this time (from 2012 to 2020) if they want to send a message of change. That could backfire with a lot of voters who identify with Donald Trump’s undisciplined anger and exasperation.

Who looked the part?

And if the numbers do move, they’re likely to move in Mrs. Clinton’s favor. For what voters look for in these debates is largely visceral: Who looks like a president? Who sounds like a president? It is about image to be sure, but it’s more than mere optics. We are hiring our commander in chief and our ambassador to the world. Can we see this man or woman inspecting our troops or meeting heads of state? Would we feel reassured to see this person behind the oval office desk in a moment of crisis? Regardless of whether you think her policies are better or worse than those of Mr. Trump, Hillary Clinton looked more like a president last night. It felt that way too.

Matt Malone, S.J., is the editor in chief of America.

What was missing last night?

In 90 minutes, we heard Donald J. Trump talk defensively about not releasing his taxes and his peddling of the “birther” lie. We heard Mr. Trump use racial and gender code words like “law and order” and the “stamina” of the first female nominee for president. We heard Hillary Clinton talk defensively of her past support for trade deals and avoid talking about her emails. We heard Mrs. Clinton talk knowledgeably about foreign policy but not personally about her vision or hopes. Both candidates talked about “temperament,” but what we saw was more revealing than what they said. I leave to the reader to assess who is more honest, prepared, knowledgeable and capable of leading in a divided nation and dangerous world.

We did not hear much if anything about crucial questions for Catholic voters who take their faith seriously. The poor and vulnerable were missing in Lester Holt’s questions and in the candidates’ priorities and policies. There was no talk of the lives of unborn children or the dignity of undocumented workers, no real discussion of overcoming poverty or welcoming refugees. While there was some discussion of the racial divide in our nation, they did not even debate the human and moral consequences of the “wall” or a ban on refugees fleeing violence. There was some talk about jobs and the middle class, but little focus on those left behind in our economy and nation.

It has only been a year since Pope Francis left our nation with his call to protect the “least of these,” but it seems like his message—and our priorities—were missing last night.

John Carr is the Washington Front columnist for America and director of the Initiative on Catholic Social Thought and Public Life at Georgetown University.

Politics is still a spectator sport

The latest spectacle of this Election Spectacular has come and gone. And as enthralling as all the drama and reversals and zig-zagging polls have been, and despite the likely record-breaking ratings, it is not clear that actual democracy, and actual participation, as Catholic social teaching understands it, is coming out ahead. I worry that we are slipping, big time.

Debate-watching means enduring an hour and a half of barbs hurled between two of the most unpopular presidential candidates in our history. Third-party candidates, despite making significant inroads in the polls and representing popular viewpoints, had no spot on the stage. The showdown between these two not-especially-articulate egos gobbles up our attention economy, leaving only scraps for critically important local races, ballot initiatives and school boards—to say nothing of organizing in our workplaces and neighborhoods. The political exercise in which we each have almost no say, and which represents us the least, demands a monopoly on our attention.

We can watch the debate, and participate in Talmudic commentary, through Twitter, Snapchat, Facebook and (almost) a zillion other corporate platforms; being able to converse throughout is, I find, a welcome release, a gratifying simulacrum for having a voice. Meanwhile, in countries that did not invent the internet (as Donald Trump incorrectly stated the United States did in his astonishing display of digital ignorance, rivaling only Hillary Clinton's history of the same), debates are getting much more interesting. A new report by Civic Hall documents some of the ways that younger democracies are using online tools to bring more citizens' voices into the process of political debates. And in Taiwan, this extends beyond debates, into governance itself.

In the first debate between Hillary Clinton and Donald Trump, our first woman presidential candidate was calm, poised and measured. As the debate wore on, Mr. Trump seemed increasingly incoherent. But though Mrs. Clinton clearly had the better debate and delivered some telling criticisms of her opponent—on his refusal to release his tax returns, for one—the debate was not a complete rout. Mr. Trump spoke eloquently about trade and the loss of American jobs to markets overseas. His solutions are questionable, but his description of the problem was vivid and effective.

As expected, national security was a focus. In the past, Mr. Trump has talked loosely about both the use of nuclear weapons and their proliferation. Last night, he offered some verbal reassurance that he understood their seriousness, calling nuclear weapons the single greatest threat to the United States. He even foreswore the first use of nuclear weapons, something no U.S. president has done. Did he realize the significance of what he said? Would he maintain that stance in the face of opposition from the military and foreign policy establishment? If the United States did publicly disavow the first-strike use of nuclear weapons—something President Obama recently considered and rejected—that would be a major change, one the world would regard as a step forward for peace. In the days to come, it will be interesting to see if Mr. Trump walks back from that position. It seems likely that he will.

There was also much discussion of ISIS. Mr. Trump said Mrs. Clinton and President Obama were responsible for creating ISIS by withdrawing U.S. soldiers from Iraq and creating a power vacuum. Mrs. Clinton pointed out that the withdrawal of U.S. troops had been arranged by President George W. Bush after Iraqi leaders refused to provide immunity to U.S. troops. Mr. Trump attacked her for putting her plan to defeat ISIS on her website. She said the secret of his secret plan to deal with ISIS was that there was no plan.

Hillary Clinton’s own strategy to deal with ISIS seems a continuance of what exists now—a reliance on military measures as well as what she said would be new efforts to prevent ISIS from having access to the internet.

“I think we need to do much more with our tech companies to prevent ISIS and their operatives from being able to use the internet to radicalize, even direct people in our country and Europe and elsewhere,” Mrs. Clinton said.

Her plan to get technology companies to patrol the internet will not sit well with free speech advocates, but increased surveillance and reductions in Americans’ civil liberties and freedoms have become standard operating procedures. Mr. Trump, in one of those unguarded moments of honesty that makes his candidacy fascinating to watch, said: “The security aspect of cyber is very, very tough. And maybe it's hardly doable.”

Their statements on national security reinforced the image already held of them: that Mrs. Clinton will maintain the status quo and that Mr. Trump is more of an isolationist—one who is erratic, unpredictable and inconsistent.