What Part of 'the Right to Organize' Don't Some Religious Institutions Understand?

What Part of 'the Right to Organize' Don't Some Religious Institutions Understand? 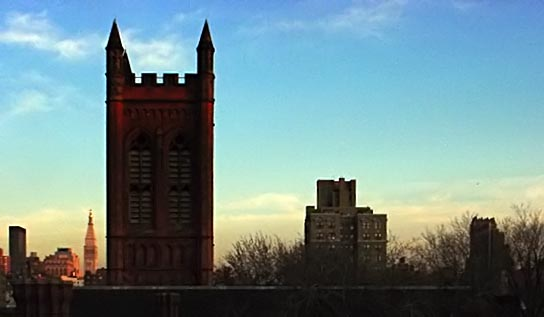 Joshua Davis’s two-year-old son has congenital talipes equinovarus, or club foot, and the treatment requires him to wear specialized orthopedic shoes to bed. He recently outgrew his current shoes and needs a new pair. However, the health insurance that covers him comes through his father’s position as an assistant professor of systematic theology at General Theological Seminary, an Episcopal institution in New York City. And his father is among eight of the seminary’s ten full-time faculty who were dimissed on September 30. The seminary has stopped paying into Dr. Davis’s insurance policy. He’s not sure whether he can get a new pair without coverage.

The events that led to this situation are shocking to Dr. Davis and baffling to many outsiders. The sequence of documents from both the so-called “GTS 8” and the seminary’s trustees don’t especially help. The faculty members expressed grievances alleging racist, sexst and otherwise discriminatory behavior from the dean, the Rev. Kurt H. Dunkle. They also claim that he tried to prevent faculty members from meeting together without him.

When they deemed the trustees’ response inadequate, the eight signatories of the intial complaint announced a walkout in protest, demanding a meeting with the trustees. The walkout would take place on Friday, Sept. 26, when there weren’t classes anyway, and they expected that they’d be back to work on Monday without disrupting the academic schedule. They announced this action in the rhetorical and legal idiom of collective bargaining:

[W]e wish to advise the members of the Board of Trustees that we have exercised our lawful right to organize collectively by establishing The General Theological Seminary Faculty Union. We have ratiﬁed bylaws, elected ofﬁcers and have initiated the process of registering our Union with all necessary governmental authorities. We have also retained legal counsel. Any further negotiations of these matters will be through our Union and in consultation with our attorney.

The matter wasn’t resolved that weekend as they’d hoped. Instead, the following Tuesday, the trustees announced that, “after much prayer and deliberation,” they had “voted with great regret to accept the resignations of eight members of the Seminary faculty.” No resignations, of course, had been submitted. The walkout was a protest, an act of worker organizing that is supposed to be protected under the law and upheld by the Christian commitment to the dignity of workers.

The actions of GTS’s trustees could be mistaken for an isolated case of wilfull misunderstanding, but they are not. The current issue of The Catholic Worker includes a report by Manhattan College professor Joseph Fahey on the state of labor organizing in Catholic higher education, and he documents similarly eggregious tactics to prevent educators from organizing:

[A]djuncts at some Catholic universities (including Duquesne, Loyola Marymount, Manhattan, and Seattle) who seek to join unions are met with Trustee-filed objections to the National Labor Relations Board (NLRB) which allege that federally sponsored elections violate the “religious freedom” of these Catholic institutions. The Trustees insist that they are not anti-union but these objections amount to union busting because adjuncts have to wait years before a federal NLRB decision due to the filing of a great many amicus curiae briefs and other delaying tactics that result in justice delayed and, therefore, denied.

This is not the case everywhere. Adjuncts have successfully formed unions at Catholic schools like Georgetown, Le Moyne and St. Francis College in Brooklyn. But in other cases, the willful misuse of religious freedom — an area of law that Catholic leaders have lately sought to extend on matters of conscience — is very much akin to the behavior of GTS’s trustees. Union-busting is no more an exercise of religious freedom than a walkout is a resignation, and everyone knows it. Need we recall Economic Justice for All: “No one may deny the right to organize without attacking human dignity itself.”

At present, the immediate situation doesn’t look good for Dr. Davis and his colleagues. Higher-ups in their church have been lining up against them. In a statement to America, the GTS 8 say:

Even now, as we have lost our jobs for continuing to plead that these matters be addressed honorably, we cannot believe that our Presiding Bishop, the entire House of Bishops, and the good people who serve as trustees of GTS truly intend to punish those who have brought these issues to their attention. Nor do we think that they actually want to support and defend an environment of fear and anxiety that so many have told us they experience as humiliating. If they did intend to do these things, what message are they sending to Episcopal clergy and lay persons? What would this say about the church’s respect for the vulnerable all around our country? What would this say about the moral conscience of our church’s leaders?

This crisis is not GTS’s alone. It is a crisis for any community of faith in which cherished rights are being twisted into excuses for repression.

Show Comments (
6
)
Comments are automatically closed two weeks after an article's initial publication. See our comments policy for more.
June Butler
5 years 6 months ago
Excellent article. Thank you for noting the injustice of the actions of the Board of Trustees in terminating the faculty members and the example of real life consequences for at least one member the faculty.
Belle Mears
5 years 6 months ago
Prayers ascending for everyone involved who loves and cares for GTS, and especially the faculty and students whose lives have been affected by the current situation unfolding at the seminary. May there be a righteous outcome and a healing of those who have been stunned by the abruptness of their "dismissal" after years of faithful service as faculty, and a chance that they have a chance to be listened to in an environment that is not threatening or intimidating and their grievances carefully heard. Of ten faculty, when there are eight willing to step forward on behalf of what is right even as it might threaten their jobs, it raises the thought that they may very well have just grievances. And I pray for Bishop Katherine, Presiding Bishop, for her presence and voice and grace among her flock. The Church is made of people, and those faithful in Christ, in relationship and encouragement and support of each other and hierarchy are to serve those faithful not punish them. May the healing and listening with dignity in love begin. In the name of the Father, and of the Son, and the Holy Ghost. Amen. It is heartening to read this article in America This Week in support of our Episcopal Seminary. It is inclusive and very helpful at this time.
Mark Collins
5 years 6 months ago
Mr. Schneider's ire is misapplied. The GTS 8 weren't fired because they walked out or formed a union. They were fired because, in strongly worded ultimatums, they flatly refused to work with or for General's dean. The Board took those declarations as tantamount to resignation. Even the NY Times declared that the faculty's efforts were clearly directed at removing the dean. The Board merely called the faculty's 'the dean or us' bluff by choosing the dean, and taking the faculty at their word that they would not work with him. The Board has never invoked religious freedom arguments to explain its actions. That is wholly Mr. Schneider's innovation in this dispute. But nonetheless, the NLRB's website clearly states that teachers in church schools are not guaranteed the right to organize or strike under the National Labor Relations Act. GTS is a church school under the aegis of the Episcopal Church's highest governing body, a seminary for the formation of priests and lay ministers. In this, it far surpasses Georgetown and the other schools mentioned in being a church institution -- only theological degrees are offered. No one familiar with labor law would recommend the mostly tenured (not Adjunct) faculty to unionize or strike and expect the action to stand up under legal or other scrutiny. The strike/union issues are a smoke screen to garner sympathy and indignation from labor-friendly Episcopalians, seminarians, priests and alums. It's a travesty that these well-educated, well paid, very well accommodated in fashionable Chelsea, white faculty claim to be on a par with farm workers, service employees, undocumented workers, minimum wage workers, and all those who truly suffer in our nation's exploitive labor markets. This was a power play, pure and simple, not an uprising of exploited workers, using techniques and 'framing' arguments meant to elicit sympathy (like the opening paragraph of this article) rather than stand up in court. (And it is understood that healthcare coverage for the 8 faculty and their families has been continued by the Episcopal Church's pension group and more than $20,000 has been contributed to a GTS8 fund. Dr. Davis's son will get his new orthopedic shoes.) As far as the allegations made against the dean, they are under investigation. The Episcopal Church has strong canons that deal with accusations of harassment and related issues. The faculty could have used the church's procedures for dealing with these issues which would have brought about the dean's immediate suspension pending investigation. The fact that they threw so much more at the dean (a walkout, a boycott of worship) is leading more and more to speculate that the faculty's harassment case is too weak to stand on its own. The fact that the faculty not only demanded the dean's removal, but also demanded more power over appointments, curriculum and even authority over the school's chapel, show this entire action for what it truly is: an attempted take-over that backfired in the worst way for the students of the seminary, a group completely abandoned by these faculty, and not even mentioned above in Mr. Schneider's article.
Nathan Schneider
5 years 6 months ago

Thank you for your thorough response. I take your point that adjuncts and senior faculty are in a different position, and the priority in evaluating the right to organize should be with those who are most vulnerable. However, there are a number of instances where your comments misrepresent both the situation and my post:

Eugene Palumbo
5 years 6 months ago
Mark Collins: If you have a response to what Nathan Schneider has written here, please send it in. If you don't respond, we can conclude that what he says is accurate, right?
Joshua Davis
5 years 6 months ago
Nathan, a relevant update: I am pleased say that at 4pm yesterday we received some very good information about our insurance that came as a great relief to us. In the meantime, we will continue our struggle to be reinstated and return to our students. And we hope and pray that the Spirit of mercy, compassion, and reconciliation will prevail -- here and in all things. Peace, Josh
Advertisement