Watching ‘Spotlight’: what a priest who discerned his vocation during the Boston scandals learned 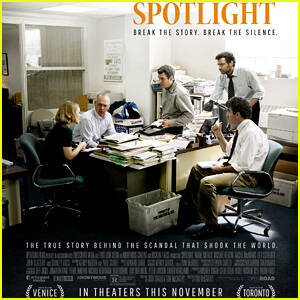 I dreaded the sight of satellite trucks as I drove to daily Mass. It was the winter of 2002; I was actively discerning a vocation to priesthood in the Jesuits, and most days, I went to daily Mass at St. Ignatius, just a stone’s throw down Commonwealth Avenue from the chancery and cardinal’s residence of the Archdiocese of Boston. Satellite trucks outside the archdiocesan offices meant more tragic news, more revelations of priests who had abused children, more damning evidence that the church had moved them around, covered them up and kept the victims quiet and out of sight rather than removing the abusers from ministry.

Many days, there were satellite trucks.

There were, after all, so many victims, so many years of cover-up all coming to light at once, following the Boston Globe’s breaking the story in January of 2002. The closing scene of “Spotlight,” in which calls start to pour into the Globe’s investigative team with even more stories of abuse than they found initially, was just the beginning of the story for the rest of us in Boston. The revelations, the disappointment, the scandals and the disgust kept coming for months and years, marked, for me, by satellite trucks outside the chancery. It spread beyond Boston, too; but that stretch of Commonwealth was the part of the scandal I could see, and had to see, just before Mass.

Knowing that I had seen “Spotlight” early at press screening, many fellow Jesuits in my community have asked what I thought of it; asked from one priest to another, the question carries inevitable subtext: How bad was it? Was it fair? Did it pile on, joining the collection of cheap jabs that call the whole church hypocritical and tar all priests as if we’re predators?

In order: not bad at all; yes, it was for the most part very fair; and no, it didn’t pile on.

It was all the more gut-wrenching for being so good a film and for telling its story so carefully and fairly.

As Tim Reidy pointed out in his review, the church is—surprisingly so, for a movie about its great scandal—mostly in the background of “Spotlight.” The film’s interest, to its credit, is not in figuring out how religion led to sex abuse, nor in blaming some evil clerical masterminds, but in unpacking the way that institutional self-protection combined with a willingness to look the other way allowed the stories of victims to go unheard and unheeded for decades.

But the film’s great accomplishment, and the reason you should see “Spotlight” soon, especially if you’re a Catholic invested in the life of the church, is that it allows us to identify with the process of paying attention to the victims, and it forces us to let go of the habit of looking the other way. What’s most alive and visceral in the excellent performances is the realization that “but we didn’t know” is so very, very close to “because we didn’t want to know,” and that both depend on a willingness to walk away from the victims’ pain.

That stomach-churning sight of satellite trucks had its subtext as well, one it shares with the question one priest might ask another about this film: Is it still not over yet? Must we keep watching?

It has been, after all, more than a decade since the revelations; the church has—imperfectly to be sure, but still thoroughly—reformed its processes for dealing with discovery of abuse; and society has begun to grapple with the shocking prevalence of sexual abuse of children in many areas. There is, no doubt, more work to be done, especially in accountability for bishops who have protected abusive priests, but aren’t we at least on the downward slope of this scandal? Is it still not over yet?

And that is the question I pray to be converted from.

Because at the heart of that question is a desire to walk away from the very real pain of the victims, which is so far from being over. The church will carry the marks of this scandal at least as long as there are victims living, still carrying the marks of the abuse from which we failed to protect them. This is not to deny the possibility of healing, nor to despair of reconciliation. But Christ resurrected still bore the wounds of the crucifixion.

As I discerned my vocation across the street from the satellite trucks covering the latest evolution in the scandal, I knew the church wasn’t perfect. When I entered the Jesuits two years later, I knew that we were by no means even close to done recovering from the damage that had been revealed. I knew then that I didn’t need the church to be perfect in order to know that I had a vocation within it.

Eleven years further on, we are still very far from done; the life of the church remains far from perfect, and I am learning to thank God for that. I don’t want to be a priest who wants the scandal to be “over,” because I don’t want the church to be able to walk away from the wounds the victims of abuse still bear. In fact, I want us to pray more fervently that we might bear them more deeply alongside them.

Because it avoided simply piling on and called for attention more than it demanded outrage, “Spotlight” helped me see where I need to pray for deeper conversion. And I’m grateful for that as well.

Sam Sawyer, S.J.
@SSawyerSJ
Show Comments (
2
)
Comments are automatically closed two weeks after an article's initial publication. See our comments policy for more.
Molly Roach
7 years 3 months ago
It is far from over because like a very dysfunctional family, the people of the Church have barely spoken with each other about this scandal. Most folks have been left to process it on their own, based on what's in the paper and the grape vine of their parish or diocese. There are still people who believe that the victims are "in it for the money" and that is the grape vine talking. There are still bishops fighting against creating a window in the statute of limitations which would allow for victims to bring charges. When I moved to the diocese of Wilmington Delaware three years ago, I was told by one parish minister that the window opened in the statute of limitations in the state of Delaware was only for priest abuse cases. This is not true at all (I looked up the legislation!) but this is the state of grape vine and this is recent. We owe the victims, we owe, we owe.We have not begun to reckon what is owed to these folks and to their families who were also torn apart by the violence and disregard visited on their dear ones. We owe and that is why wanting it to be over is a tempting shelter. I think the reckoning is upon us with the exit of so many people. But it's still not done.
Crystal Watson
7 years 3 months ago
I also don't think it's over. The bishops are spending tons of money trying to keep statutes of limitation from relaxing - "The California Catholic Bishops Fight Access to Justice for Child Sex Abuse Victims" ... https://verdict.justia.com/2013/08/08/the-california-catholic-bishops-fight-access-to-justice-for-child-sex-abuse-victims. And also the reasons why the Catholic church has such a high rate of sex abuse when compared to other Christian denominations are never explored ... http://www.abc.net.au/religion/articles/2012/11/15/3633611.htm