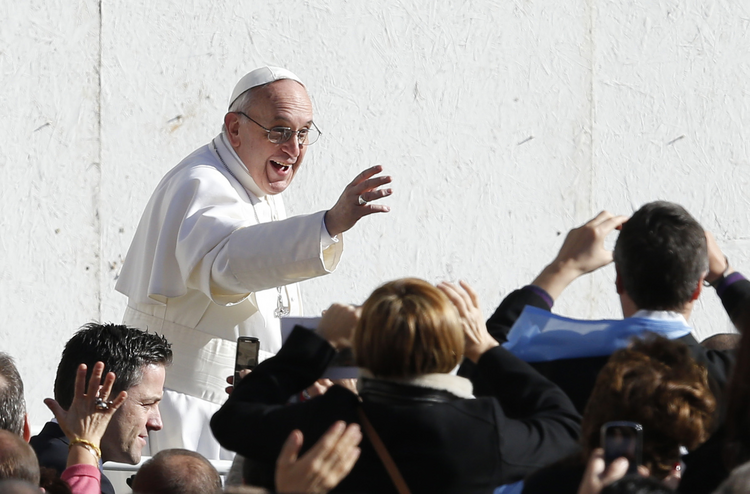 Pope Francis began his inaugural celebrations suitably with prayer at the Tomb of Saint Peter. But the prayer was also a symbol of church unity. Accompanying were the Catholic patriarchs and major archbishops of the Eastern Churches and Bartholomew, the Ecumenical Patriarch of Constantinople.

For the Eastern patriarchs, this was an auspicious development. Their presence was a solemn acknowledgement that the Catholic Church consists of eastern as well as western Catholic. The Second Vatican Council ceased to call them eastern rites, instead designating them as churches sui juris, churches in their own right. Not since the First Congress of the Patriarchs and Bishops of the East in Lebanon in 1999 has there been such a gesture of mutual respect shown them from Rome. It will be interesting to see whether Pope Francis will take further steps to integrate the patriarchs into the governance of the universal church. A first step would be granting them universal jurisdiction over members of their own churches outside the Middle East, something they have repeatedly requested.

The presence of Patriarch Bartholomew for the inaugural Mass and the prayer at the tomb was perhaps even more momentous, the first time since the Great Schism in 1053 that a Greek patriarch has honored a pope in this way. Pope John Paul II and Pope Benedict XVI both showed a great desire for unity with the Orthodox Church. In a way, Bartholomew’s attendance is a fruit of their work. But Francis has re-enforced that aspiration for church unity by inviting the patriarch to join him in the prayer at Peter’s Tomb. In addition, the proclamation of the gospel in Greek by a deacon of the Melkite (Greek Catholic) Church, was likewise a signal from the new pope that he intends to be a universal pastor who cares for all Christ’s flock.

Show Comments (
1
)
Comments are automatically closed two weeks after an article's initial publication. See our comments policy for more.
Bill Mazzella
7 years 10 months ago
Such a good time for the church. So much hope and promise. Francis and Ignatius. The church of the East Ut unum sint. How about the separated brethren? Are they represented?