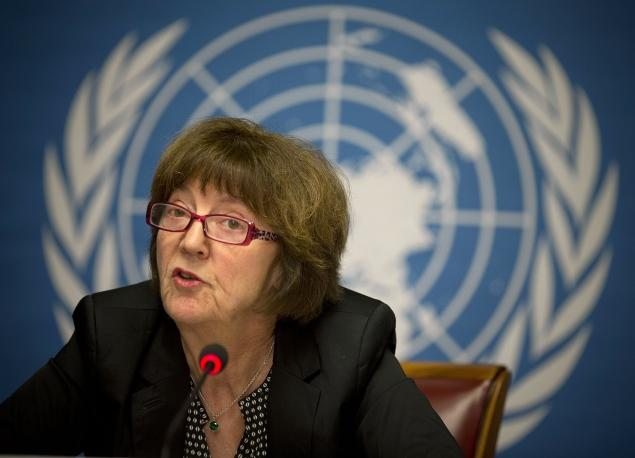 A report highly critical of the Holy See's response to the global crisis of clerical sexual abuse from the United Nations Committee on the Rights of the Child was perhaps not a complete surprise, giving the tone of the interrogation Vatican officials were treated to during their testimony in January. The church's response to the scandal of abuse in the past has been at times incoherent and cruel—and sporadic outbreaks of continuing institutional lapses indicate the problem is far from resolved—but critics of the report argue that the committee's findings seem oddly oblivious to structural reforms made by the church since 2002 and sound almost as if they were written to chastize the church of a decade and a half ago.

Some additional recommendations from the panel also raised eyebrows as they seemed to stray far afield from legitimate concerns about protecting children and deep into the religious perogatives of the Catholic church itself. The committee "welcomed" church efforts to see Vatican City State complies with the convention, but "regrets that the same approach has not been followed in relation to its internal laws, including Canon Law" and "recommends that the Holy See undertake a comprehensive review of its normative framework, in particular Canon Law, with a view to ensuring its full compliance with the Convention."

Not content with rewriting Canon Law, the committee also implores the Vatican to review textbooks in Catholic schools to rid them of gender stereotyping, part of a fairly lengthy laundry list of at times oddly specific recommendations. The committee, for instance, urges the Vatican to "make use of its authority to promote positive, non-violent and participatory forms of child-rearing, and ensure that an interpretation of Scripture as not condoning corporal punishment is reflected in Church teaching." The church got a good scolding because of its teaching on homosexuality and the report devotes a good number of paragraphs to various explicit recommendations that the church change its teaching on contraception and abortion.

The report drew a quick response from USCCB spokesperson Sister Mary Ann Walsh. "The Catholic Church has certainly done more than any other international organization to face the problem and it will continue to lead in doing so," she wrote. "In the United States, the number of cases of sexual abuse of minors by clergy has plummeted. This is in no small part due to the fact that millions of Catholic children have been instructed on safe environments and tens of thousands of adults who work with them in the church have gone through background checks and safe environment education. In 2012, for example, dioceses and religious institutes conducted background checks on 99 percent of clerics, 97 percent of educators, 95 percent of employees, and 96 percent of volunteers. Every diocese has a victim assistance coordinator who assists those who have been abused and a safe environment coordinator who works to prevent abuse from occurring again."

Sister Walsh adds, "The report is weakened by including objections to Catholic teaching on such issues as gay marriage, abortion and contraception. This seems to violate the U.N.’s obligation from its earliest days to defend religious freedom. In 1948, the organization adopted its Universal Declaration of Human Rights that declared that 'everyone has the right to freedom of thought, conscience and religion.'"

At Religion News Service, Mark Silk, a commentator who can hardly be accused of being a cheerleader for the Catholic hierarchy, was also dismayed by the committee smackdown (See "U.N. mishandles Vatican on its handling of sex abuse"). "There are so many problems with today’s response from the Committee that it must be considered a lost opportunity to encourage the Holy See to do the right thing," he said. Silk notes that some confusion over the Vatican's sometimes confounding presence among the nation-state signatories of the UN Convention on the Rights of the Child appears to be at the heart of the committee's "factual to the philosophical" muddle.

"Rather than try to get the Vatican to adapt longstanding and deeply held doctrines to the secular norms of the Convention," he writes, "the Committee should have focused exclusively on the need for church institutions to treat accusations of sexual abuse in precisely the same way as secular institutions are required to treat them. And to treat officials who fail to follow the rules in exactly the same way secular officials supposed to be treated."

But few commentators jumped in as robustly as the UK's Austen Ivereigh at Catholic Voice. Denouncing the committee as a "kangaroo court," he called its report "ignorant and misguided, peddling myths for which there is no foundation [and betraying] an extraordinary misunderstanding of the nature of the Church and the Holy See, while seeking to impose an ideology of gender and sexuality in violation of the UN’s own commitment to religious freedom."

Not everybody found fault, of course, with the UN committee's criticism of the Holy See. Barbara Dorris of the Survivors Network of Those Abused by Priests, or SNAP, told the New York Times that the report was “long overdue.”

“It is wonderful that the U.N. has spoken so clearly about what the Vatican has done—and what it has failed to do,” said Ms. Dorris, who is based in St. Louis, Mo. “To us, it is a call for the civil authorities to step in. Church officials have proved they cannot police themselves.”

And SNAP's David Clohessy shared this reaction to the Vatican's response to the report: "Vatican officials are essentially proving what a UN panel has concluded: that the Catholic hierarchy is not reforming its handling of clergy sex crimes and cover ups. For decades, when abuse and cover up reports surface, many church officials “shoot the messenger” and divert attention. Vatican staffers are doing that now....We are both repulsed by and grateful for these comments...they reveal a defensive, self-centered Vatican mindset that is one of the reasons kids remain vulnerable to child molesting clerics and victims keep being hurt by callous church officials."

He adds, "Finally, veteran papal spokesman Fr. Frederico Lombardi claims, as hundreds of his colleagues and supervisors have done for decades, that things will soon get better. We'll believe it when we see it happen. We'll believe it when we see Pope Francis clearly discipline—or even expose—just one Catholic official who is endangering kids or rebuffing police or deceiving parishioners."

Kevin Clarke
@clarkeatamericaclarke@americamagazine.org
Show Comments (
1
)
Comments are automatically closed two weeks after an article's initial publication. See our comments policy for more.
Carlos Orozco
7 years 4 months ago
Abuse of children is intolerable and one single abuse y one too many. The Church must keep working to end this great evil, always reflecting and taking concrete actions inspired from the Gospel. All the Church must participate. However, nothing good will come from organizations such as the UN. Barking from a committee "on the Rights of ahe Child", promoting sexual perversions that facilitate the abuse of children and abortion is just propaganda.