How should Mark Zuckerberg give away his $45 billion? 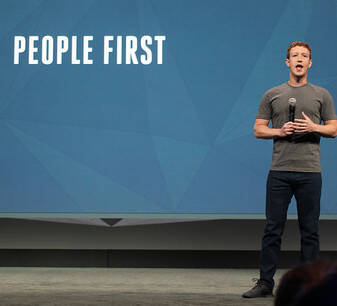 With Facebook founder Mark Zuckerberg's announcement that he will be giving away 99 percent of his Facebook stock, he is poised to join the legions of controversial moguls who have ensured that a legacy of generosity overshadows their earlier reputation for rapacity—Frick, Carnegie, Gates, Zuckerberg. It may be heartening to see, for instance, that he has joined elder billionaires like Michael Bloomberg and Bill Gates in funding green energy.

But there is also something unsettling about a world in which we seem to depend more and more heavily on billionaires to set national and global priorities. (The Gates Foundation, Jacobin recently reported, exerts what amounts to a veto power over the World Health Organization.) The irony mounts further when such gifts come in the name of, as Mr. Zuckerberg puts it, "advancing human potential and promoting equality." The potential doesn't seem very equally distributed.

I'm not sure if he's an America reader, but I have some ideas about how Mr. Zuckerberg's stock might better advance the mighty causes to which he seeks to dedicate them than the grants, investing and lobbying (via an LLC, not a conventional charity) he has thus far alluded to. See what you think:

First, the stock could go back to the Facebook users who made it valuable in the first place. As I have noted here before, Facebook's business model depends on gathering, mining and selling the personal information that its users post on the platform. That includes our networks of relationships, our photos, our worries, our milestones, our passions and our preferences. It's barely understood what exactly Facebook knows about us and how, except that it's a lot. This is part of what has made Mr. Zuckerberg so controversial, and rightly so; early on, he referred to his users as "dumb" (followed by a word even more insulting) for trusting him with such data. What if, rather than papering over that controversy, he could resolve it at the root?

Consider what it would mean if a substantial portion of Facebook stock were held in a trust that acts on behalf of the platform's users. (This is a model I'm borrowing from the employee-owned John Lewis Partnership in the United Kingdom, explained in Marjorie Kelly's extraordinary book Owning Our Future.) Users could then vote on what positions the trust should hold at shareholder meetings, and it could distribute dividends based on the stock's value back to users, or reinvest them by buying more ownership in the company. The trust, therefore, would have a dual incentive: to protect user interests and privacy in Facebook's business model, and to ensure that the company remains solvent.

Second, the stock could be placed in a fund for distributing an equal, universal income. Around Silicon Valley these days, there is a growing appetite for the idea of a regular, unconditional check for everyone, mostly due to anxieties about a coming wave of unemployment by automation. (I've argued that there are reasons in Catholic social teaching to support universal income as well.) What if Mr. Zuckerberg were to get this started for real? For the whole world?

Even his $45 billion worth of stock would amount to only one payment of just over $6 per human being. This would mean more in some parts of the world than in others—an automatic act of redistribution—but it still wouldn't be much. Mr. Zuckerberg's fund, rather, would have to pose a challenge to many more wealthy individuals and governments to dive in as well. The challenge would be an interesting one: "Do you really know better what to do with all that money than the collective wisdom of everyone on Earth combined?"

Even a little bit of income spread out across the whole planet might make more of a difference than we think. If most of the world's leaders are gathering in Paris right now over just a few degrees Celsius in average temperature, maybe just a few dollars in the hands of everyone could change the world, too.

Under either of these proposals, Mark Zuckerberg probably wouldn't be able to claim credit for specific miracles—curing diseases, perfecting cold fusion, whatever. But these kinds of choices, I think, could be more impactful in the long run. They would set a precedent for putting resources in the hands of millions or billions of people and empowering them to find solutions to the world's most pressing problems. If that isn't "advancing human potential and promoting equality," I don't know what is.

Nathan Schneider
@ntnsndr
Show Comments (
9
)
Comments are automatically closed two weeks after an article's initial publication. See our comments policy for more.
JR Cosgrove
6 years 8 months ago
A couple comments: I suggest that Mr. Zuckerberg consider building cleaner water facilities in those parts of the world that have a problem. Unfortunately, while this would save millions of lives, it would currently have to use carbon based energy sources. One of the outcomes of the small warming we have seen in the last 50 years is a huge reduction in poverty world wide as a result. It has also helped produced massive increases in food production for the world. Carbon dioxide is like a fertilizer for food as the world has been greening in recent years due to the increased carbon dioxide in the atmosphere. Now turn attention to clean water and we can really reap the benefits of modern technology for the poor parts of the world.

Do you really know better what to do with all that money than the collective wisdom of everyone on Earth combined?

That is an endorsement of free market capitalism which I also hardily endorse.
Nathan Schneider
6 years 8 months ago

I would think of it more as distributism.

People's definitions of capitalism vary, so it's hard to say. But, for instance, the first proposal works by taking shares of Facebook off the market so they can be managed democratically by participants. The second proposal assumes that the person in possession of capital should not be the one to decide how to use it. While both proposals would function within a capitalistic system, they each pose challenges to capitalist business-as-usual, in my view.

Joseph J Dunn
6 years 8 months ago
The Zuckerbergs' letter to their daughter, (link marked "announcement") sets forth their logic for doing what they are doing, which is admirable. Reading it, I believe their thinking was influenced by Angus Deaton, who recently received the Nobel Prize for his research in inequality, development, etc. Deaton's book, "The Great Escape: Health, Wealth, and the Origins of Inequality" is well worth reading, for anyone interested in those topics.
Vince Killoran
6 years 8 months ago
It's a indictment of an economic system that would allow a single human being to amass such a fortune. But here's something positive: while Zuckerberg isn't a great employer, unlike the Robber Barons of the late 19th century (and more recent philanthropists), at least he didn't engage in brutal suppression of labor activists.
Nathan Schneider
6 years 8 months ago

That's right. Facebook bus drivers, for instance, recently organized. But in some respects what Facebook represents may be even more challenging—the erosion of the distinction between worker and customer. Facebook users, after all, don't pay for the service (by and large), and the time they spend on it contributes value to the platform. Are they really just users, or aren't they workers, too? Should they receive insurance and pensions like some other workers?

I think sharing equity and governance is probably the best way to move forward on these questions—essentially, by letting Facebook users and developers decide this for themselves, together.

Vince Killoran
6 years 8 months ago
Good points Nathan. I do agree with you.
William Rydberg
6 years 8 months ago
Interesting way to save on taxes without actually donating to Charity according to the New York Times. Certainly legal, but is it moral? See article today: http://www.nytimes.com/2015/12/04/business/dealbook/how-mark-zuckerbergs-altruism-helps-himself.html I'd love for a competent Redemptorist Moral Theologian to comment on this global strategy in light of the 7th Commandment and in particular, the Catechism of the Catholic Church. CCC Item#2409 Even if it does not contradict the provisions of civil law, any form of unjustly taking and keeping the property of others is against the seventh commandment: thus, deliberate retention of goods lent or of objects lost; business fraud; paying unjust wages; forcing up prices by taking advantage of the ignorance or hardship of another. The following are also morally illicit: speculation in which one contrives to manipulate the price of goods artificially in order to gain an advantage to the detriment of others; corruption in which one influences the judgment of those who must make decisions according to law; appropriation and use for private purposes of the common goods of an enterprise; work poorly done; tax evasion; forgery of checks and invoices; excessive expenses and waste. Willfully damaging private or public property is contrary to the moral law and requires reparation.