Workers’ Memorial Day 2016: Pray for the dead, fight for the living 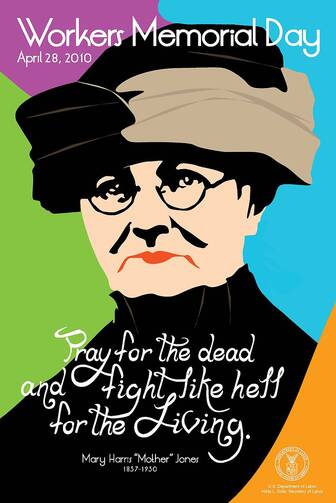 Since 2003 the International Labor Organization has marked April 28 as the World Day for Safety and Health at Work, but in the United States it has been marked for decades as Workers’ Memorial Day. It is the day when we remember the thousands of workers who die on the job every year in traumatic workplace accidents—almost all of them preventable. Most go largely unnoticed, but in recent months we have seen the conclusion of a spectacular saga from the world of West Virginia coal mines.

For more than a century, underground coal mining has been one of the most dangerous occupations in the United States—and some coal bosses, who skimp on safety to preserve profits, make it far more dangerous than it has to be. On April 5, 2010, an underground explosion rocked Massey Energy’s Upper Big Branch coal mine, killing 29 miners laboring there. The tragedy, we soon learned, was more than an “accident.” Investigators found that Massey C.E.O. Don Blankenship, a towering figure in West Virginia politics and business, had routinely exposed miners to great danger because he didn’t want to interrupt production—and he had conspired with his managers to thwart federal inspectors and escape discovery. Like the blood of Abel, that of the workers cried out from the earth for justice.

Justice finally arrived six years later—or did it? On April 6, a federal judge sentenced Mr. Blankenship to a year in prison for conspiring to violate mine safety standards. It was the maximum sentence available to the judge, but it hardly seems proportionate with the crime.

Yet it is rare for a C.E.O. or business owner whose negligence has led to the death of an employee to see even a day of prison time. According to the Bureau of Labor Statistics, 4,661 other workers died on the job in 2010. Their employers, if found at fault, generally paid a fine and went on with their lives.

This Workers Memorial Day we could do worse than to take the advice of Mother Jones, the (Catholic immigrant) labor organizer who organized among the miners a century before. “Pray for the dead…. And fight like hell for the living!”