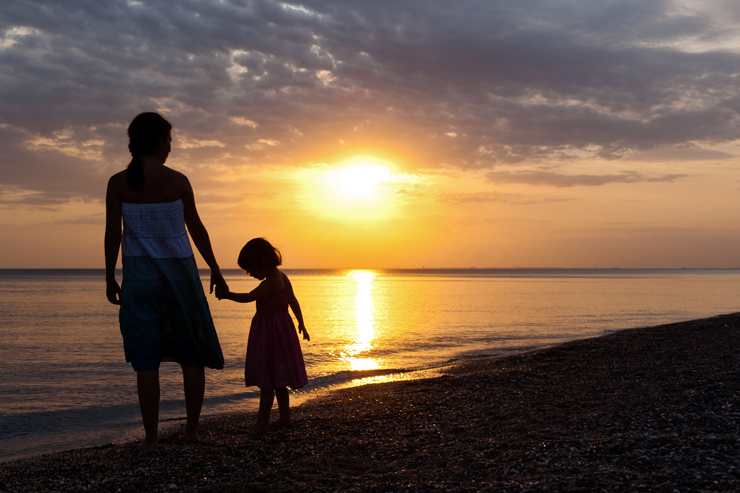 Three of my four daughters came home last weekend. They tried to make it look casual, like they had all just decided to pop in for a visit, but I saw what was really happening. The girls I’d raised to adulthood were coming home to take care of me.

I wasn’t ill. My husband, their dad, had gone to Texas to visit his parents for a week and a half, and I had been holding down our fort alone. Well, not exactly alone: for five days, the three dogs and I had been hanging out together from the time I got home from work and into the night. We were managing just fine. There had been no breakdown of major appliances, no car mishaps, no weather emergencies. I did suspect that I might have been alone for too long when I found myself asking the dogs their thoughts on the answer to Final Jeopardy.

Perhaps my youngest daughter sensed my isolation when she quietly organized the girls’ weekend home. I flew into action in anticipation of their arrival. I changed the sheets on the beds that were no longer used every night in the rooms that were now guest rooms. I spruced up the extra bathroom. I went shopping for a houseful: I bought ravioli and salad stuff, a bottle of wine and fancy coffee creamer, chips and salsa, eggs and good cheese, raspberries and the weird cucumber Gatorade that they all like, things I would not have provided for a weekend home alone. It was a lovely weekend. We ate full meals and drank the wine, talked deep into the night and then slept in, hugged and said grace together, caught up with local friends and went to the Christmas parade, took walks and watched football and movies in our sweats. The house hummed with the noise of life.

We mothers are used to being the caretakers of the family. From the moment my first daughter was born—really, from the moment my pregnancy was confirmed by a test—I was willing to sacrifice anything needed to protect and nurture my children. I have been the mother bear, the mama lion, for over three decades. I have been cheerleader and confessor, voice of reason and biggest fan. I have changed diapers on both my babies and my parents. As a caretaker I have lost sleep and gained wrinkles, prayed and cried and rejoiced. I have been a rock of dependability. On most days, I love this role. On all days, I accept this role.

So I felt oddly and uncharacteristically vulnerable when I realized that my daughters had given up a free weekend in their own lives, and had left behind husbands and boyfriends and more interesting recreational invitations, to check in on their mom, to make sure she wasn’t lonely or sad or at loose ends. It was almost difficult to accept the gift of their time, and when they were leaving, to thank them for watching out for me. But I did, profusely. Of course I—well the dogs and I—would have been fine alone. But it was both humbling and heartwarming to know that the beloved ones I have cared for were so very willing to take care of me.

Show Comments (
3
)
Comments are automatically closed two weeks after an article's initial publication. See our comments policy for more.
Rebecca Krier
4 years 2 months ago
Lovely! Thanks for writing this, Ashley.
Jessica Martyn
4 years 2 months ago
Awesome blog. I enjoyed reading your articles. This is truly a great read for me. I have bookmarked it and I am looking forward to reading new articles. Keep up the good work....Managing Diabetes
Winifred Holloway
4 years 2 months ago
Valerie, you of course know (I hope) that you modeled how to be a loving, compassionate person and your daughters got the message by that mysterious osmosis found in families. Loyalty, responsibility, and love can only be taught by example. Empathy too. People who are loved, nurtured and accepted - without conditions- for the most part, end up imitating what they experienced in their formative years. BTW, I always enjoy your down to earth and sensitive observations about life in the trenches. No lofty abstractions. Just the simple truth.
Advertisement