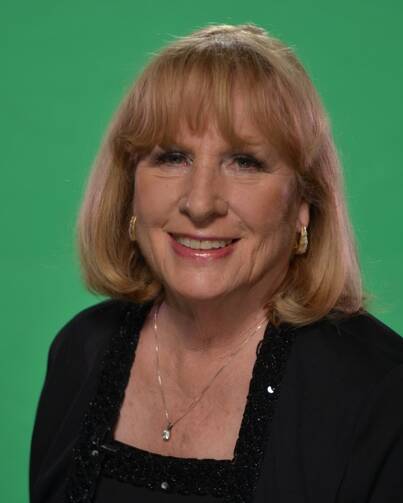 Christina Crawford is an American actress and author best known for “Mommie Dearest” (1978), an autobiographical account of her abuse-filled childhood as the adopted daughter of Hollywood star Joan Crawford, later adapted into a 1981 movie starring Faye Dunaway. In 2012, she wrote and starred in “Surviving Mommie Dearest,” a documentary film based on her own one-woman multimedia play. Ms. Crawford’s other books include “No Safe Place: The Legacy of Family Violence” (1994) and “Daughters of the Inquisition: Medieval Madness” (2003). Her acting credits include several Broadway productions, the Elvis Presley vehicle “Wild in the Country” (1961) and several television productions in the late 1960s and early 1970s.

Ms. Crawford holds an M.A. from the Annenberg School at U.S.C. She served as the first Childrens Services Commissioner for L.A. County and as the first woman county commissioner in Benewah, Idaho. She has also hosted a regional TV show which won three Telly awards for excellence, run her own businesses for 30 years and published her own books.

On Aug. 23, I interviewed Ms. Crawford by email about her work and about her personal recovery from an abusive family background.

As you recall in the recent documentary “Surviving Mommie Dearest,” movie star Joan Crawford adopted you from a baby broker after you were born to unwed teenage parents in 1939, but she turned out to be an alcoholic and abusive mother. From your perspective as the survivor of a dysfunctional home, what do American families need the most today?

It’s been 38 years since Joan Crawford died and 37 years since you published the memoir “Mommie Dearest” about your experiences of her as a parent. As you filmed “Surviving Mommie Dearest,” did you find that your perspective on your mother had changed at all over the past few decades?

Yes. As a mature adult I see her behavior as even more hurtful to others as well as herself. In addition to being an alcoholic, she probably was a sociopath. She refused all suggestions that she needed help.

Looking back, how do you feel about your adopted mother right now?

I am lucky to have survived physically and psychologically.

In her writings on childhood trauma, the late psychologist Alice Miller praised you for being honest in “Mommie Dearest” about your mother’s abusive behavior rather than ignoring it, rationalizing it or idealizing it. How did this emotional honesty help you to survive and recover from your childhood?

It is very difficult to get enough distance and perspective when you are in daily or regular contact with the abuser. So, in order to heal I had to leave the relationship, remembering that the only person you can change is yourself!

Miller has also argued that many adults who survive childhood abuse remain emotionally disconnected from themselves because empathy for their parents blocks them from feeling self-compassion and anger over what happened to them as children. In other words, many abuse survivors initially feel torn between blaming themselves and blaming their parents, but ultimately stuff down their valid emotions in order to take the side of their parents. How do you feel about this theory?

Alice Miller, whom I met and admire, was talking about herself personally in addition to being a psychologist. Part of what she was saying is now called "Stockholm syndrome" where the victim identifies with the abuser in order to survive. Today, people still have difficulty grasping the fact that sociopaths are also parents, do not play by the same "rules" as the rest of society, and only care about themselves. The average person is not equipped to cope.

Many psychologists believe that our emotional and physical memories of early childhood traumas stamp us for life, creating dysfunctional behavior patterns which become hard to break. Do you have any sense of how your mother’s abusive behavior impacted you and later affected your relationships as an adult?

When someone is abused as a child by a parent or authority figure, all ability to develop normal trust is violated. Energy is then spent avoiding danger instead of being able to learn the skills of childhood, which then puts that child at a serious disadvantage as they enter young adulthood and try to build relationships with others or at work.

What are some of the best things you remember from your childhood?

I was sent to boarding school at the age of 10 and never lived at home again for any length of time. So there was very little real childhood.

What are some of the worst things you remember from your childhood?

Your mother sent you to the Dominican nuns at Flintridge Sacred Heart Academy, a Catholic girls’ boarding school, to finish high school. Why did she do that?

As punishment and to isolate me from everyone else.

Your mother was born Catholic, didn’t practice her faith much and eventually became a Christian Scientist late in life. How would you describe your own religious beliefs today?

I am not involved in organized religion but have a very strong spiritual life.

Do you ever talk to God? If so, what do you say?

I practice gratitude every day.

Your recent documentary uses the word “surviving” in the title, but it seems like you’ve healed from your childhood traumas in addition to merely surviving them. What has helped your healing process the most?

The ability to connect with spirit after my life-threatening illness in 1981 and the 20 years I have just spent living in the rural Idaho foothills learning to confront fear and banish it from running my life.

How have you changed or grown as a person over the course of your life?

I accept who I am. At 76 years old, I am proud of the way I have lived my journey, with both the successes and mistakes, and grateful for the very hard lessons learned.

Other than “Mommie Dearest,” you’ve also written some fiction and feminist history. What inspires you to write?

Inspiration that if I could do it, they can do it too. Ideas of tenacity, persistence and a good sense of humor.

During his September 22-27 visit to the United States, Pope Francis will be participating in a World Meeting of Families in Philadelphia. If you could tell Francis one thing about family life in the United States today, what would it be?

If the worldview of men does not rapidly change—not only to oppose the vicious oppression of women, but also to work openly to ensure that 50 percent of the human population has equal status—then all the talk about war, poverty, etc., is irrelevant and there no hope for peace. Because men, by themselves without women, have never brought either peace or justice to the world.

Life is a precious journey that each of us are given. It is a test. And if every person really did their very best, we would not need to have this interview!

Sean Salai
Show Comments (
4
)
Comments are automatically closed two weeks after an article's initial publication. See our comments policy for more.
S Jones
6 years 8 months ago
(1) RE "I had to leave the relationship, remembering that the only person you can change is yourself": It's been documented that both Christina and Joan "left the relationship" a couple of years before Joan died. So why, then, was Christina so outraged when left out of her mother's will? Christina was "allowed" to "leave the relationship" but Joan wasn't? (2) Also RE "I had to leave the relationship...": But Christina has never, in fact, left the relationship. She's been going on and on and on and on about her "mean Mommie" since Joan Crawford's death. That's ALL she's been talking about for the past 36 years! Christina is now 76 years old -- is there ANYTHING else to her identity other than that of a "professional victim"? (A very lucrative profession for her, I might add.) I would have hoped that by the age of 76, Christina Crawford might have become a little more introspective, a little more aware of the gray shades in any relationship. Instead, she seems permanently stuck at a psychological age of about 15.
Laura V
5 years 9 months ago
The writer of this comment makes only one good point: that Christina did not leave the relationship with Joan in that she battled for money after Joan Crawford's death. Real victims move on no matter what, which is the case with my mother, who conned her Catholic mother into exercising her widow's share, thereby destroying the family business, and placing herself in a very lucrative position, while concurrently claiming to be the victim of her father from whom all of this money came. She was a neglectful and abusive parent, in that she destroyed my personal life through rumors about me being betrothed to other men to each successive men. I have no use for her or that blood money when she dies. I suspect that Christina is a narcissist, too, much like Joan. If you look at it, she has much the same relationship history as Joan: short marriages, punctuated with conflict. Narcissism does pass from generation to generation. Though adopted, her life story may very well indicate that she is the product of narcissistic parents: he was married and "may have been in the military", she was single (sleeping with a married man, promiscuity is a hallmark of narcissism as is infidelity). "You will know my disciples by their fruit." -Jesus
Maurice Daly
4 years 11 months ago

Since no one knows how truthful Christina's abuse charges against her mother are, I was shocked to see her interviewed by a Jesuit priest. I was born and raised Catholic. My parents were both proud of their Jesuitical educations. My father was a regular reader of America magazine.
Just for the record, Joan Crawford was not born Catholic. Her stepfather Cassin was Catholic, and she had some exposure to the Catholic faith, but never became Catholic herself.
Joan's two other adopted daughters both denied that their mother was abusive. To me, that is enough to reasonably doubt Christina's story completely. By interviewing Christina, America magazine accepts Christina's story as the truth. Very sad.

I FULLY believe Christina and Christopher. Being a mother of 4 in my late 40's, and having parents the same, we/I have totally different accounts of childhood. Christina and Christopher s experiences were VERY different than the newer twins, THEY HAD a father with a large bankroll...both sets of kids had VERY DIFFERENT LIVES. I very much believe Joan disinherited Christina for telling the truth, and shame on the last 2 kids for denying her reality.