Studying the Quran as a Catholic 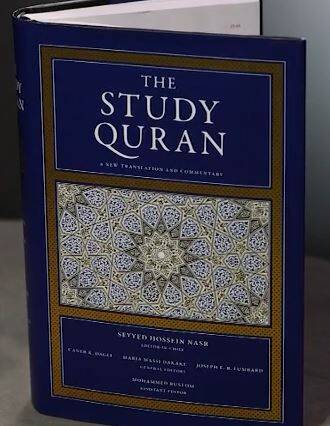 Cambridge, MA. If there was any doubt, it should be clear now that Donald Trump lacks the moral quality required of a politician who would become our president. He has offended both morality and practicality by his rants against Mexicans, his call to deport all illegal immigrants, his bullying and his disrespect for those who dare to argue with him. His new call to ban all Muslims from entering the United States is another, singular instance of his lack of the credentials, moral as well as intellectual, that would make a person a serious candidate for our highest office. His call to exclusion is not only deeply offensive to Muslims, it is an abomination to people of other faith traditions as well. Indeed, it is hard for me, a Catholic priest who knows the Bible reasonably well, to imagine how any Christian who respects the Word of God can in good conscience support or vote for Donald Trump, especially after his mean-spirited and dangerous call to ban Muslims who would enter the country.

But underlying his rant against Muslims seems to be a deep ignorance of Islam, and the loud pretense that such ignorance is not a problem. ISIS and similar violent organizations likewise seem to manifest ignorance regarding what Islam is really about, how to interpret—as one must—its original texts and its traditions. Ignorance and violence, verbal and physical, travel together.

And so, those of us who can need to make determined efforts to cut through the ignorance of this dangerous moment. As a professor—and as a priest—I suggest that one thing we can do is study Islam, and learn more of this religious tradition. (In another context, I might urge all people of religious faith to study each other’s scriptures; no religious community can imagine itself exempt, as if interreligious knowledge is optional or unimportant for its true believers.)

There are many ways to study Islam, of course, and reliable textbooks exist regarding Islam’s history, its theology, and its acculturation to new environs over the centuries. But some of us—particularly those of us, such as myself, who have no particular expertise regarding Islam—should seize the opportunity just now made available to us, of purchasing, or borrowing, from a friend or the library, The Study Quran: A New Translation and Commentary (HarperOne, 2015) and studying it carefully. To see this new volume as a timely resource today is hardly a novel idea, and many have already noted that in a time when ignorance is rampant and violent, this can be a book of great value. See the endorsements at Amazon.com, and also at many places on the web.

It is a very impressively put together volume. The fresh translation of each of the 114 suras (chapters) of the Quran is accompanied by copious notes, frequently more than half of the page, and sometimes even several full pages of commentary on some few verses. These notes are rich in necessary historical and linguistic information, and are rich in detail from the many commentaries on the Quran through the ages. The editors of this volume take very seriously the task of “study,” and want to give readers everything they require for this work.

A general introduction by Seyyed Hossain Nasr, chief editor, precedes the translation, along with some initial advice, “Approaching the Study Quran.” Fifteen essays by distinguished scholars conclude the nearly 2000 page volume, with themes such as: “How to Read the Quran” (Ingrid Mattson), “The Quran in Translation” (Joseph Lumbard), “The Islamic View of the Quran” (Muhammed Mustafa al-Azami), “Quranic Commentaries” (Walid Saleh), “Quranic Ethics, Human Rights, and Society” (Maria Massi Dakake) and “Conquest and Conversion, War and Peace in the Quran” (Caner K. Dagli).

This volume is, then, something like a combination of the Oxford Annotated Bible and the Jerome Biblical Commentary. Much to read, much to learn, all the more important when the ignorant are the loudest.

Of course, even I recognize that the media moves quickly, ideas and diatribes fly back and forth at great speed, and few of us (even busy academics at the end of the semester) actually have the time to sit down and read the 2,000 pages of this volume carefully. Trump and company will not care for such learning, but continue of their path of exaggeration, fear-mongering and violent rush to judgment. Politics trumps all. Terrorists, violent under the guise of Islam, will likewise have no time for the quiet reading of the text: wisdom is the most fearsome enemy of terror, after all. But we must sit down and we must read, and we must share what we learn, to push back the waves of ignorance about Islam by a good dose of knowledge. Of course, knowledge does not predictably serve a single purpose, and it may be that in our study we also come up against ideas or sentiments in the Quran that we do not agree with. But we will be much better off if our disagreements are grounded in close reading, and articulated with respect to specific points.

In the weeks to come, on and off as time permits, I will practice what I preach, by a series of brief reflections appropriate to this season of Advent, on Mary and Jesus in the Quran. While much has been written by scholars on them, and while I am certainly not the one to glean any new scholarly insights (Hinduism being my field), I will venture, between now and Christmas, to see what I can find in the Study Quran that opens my eyes and mind and heart about Jesus and Mary, and share it ever briefly with you. I may also point out a few things I disagree with, even as I learn from them. More in a few days.

Maybe Trump has provided a teaching moment about Islam. Is Islam a religion? There are certainly many religious elements within Islam but is it a much more encompassing ideology? Andrew McCarthy seemed to think so and has written about this in an article earlier this week. http://www.nationalreview.com/node/428201/print The article is titled "Trump’s Muslim Immigration Ban Should Touch Off a Badly Needed Discussion"Particularly pertinent is any Muslim that advocates sharia law when they come here.

The lack of separation between spiritual and civic life is not the only problem with Islam. Sharia is counter-constitutional in its most basic elements — beginning with the elementary belief that people do not have a right to govern themselves freely. Islam, instead, requires adherence to sharia and rejection of all law that contradicts it. So we start with fundamental incompatibility, before we ever get to other aspects of sharia: its systematic discrimination against non-Muslims and women; its denial of religious liberty, free speech, economic freedom, privacy rights, due process, and protection from cruel and unusual punishments; and its endorsement of violent jihad in furtherance of protecting and expanding the territory it governs.

If we continue mindlessly treating Islam as if it were merely a religion, if we continue ignoring the salient differences between constitutional and sharia principles — thoughtlessly assuming these antithetical systems are compatible — we will never have a sensible immigration policy.