So what if Pope Francis meets a transgender Catholic at the White House? 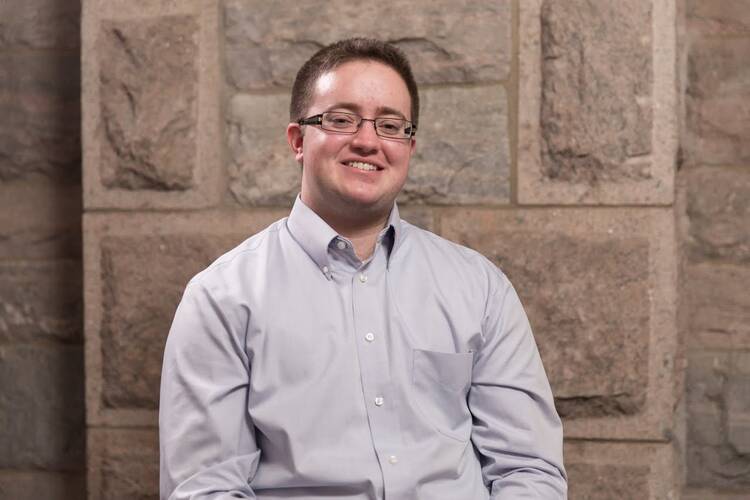 Some years ago, Mateo Williamson asked for a meeting with his local bishop, and he got one. He told the bishop that he was a transgender man. But mainly he’d come to talk about the problems of transgender youth in their community, who suffer homelessness and suicide at catastrophic rates. Williamson was frightened, but he made it through the meeting, and the bishop did, too. Afterward, Williamson said he felt compassion from the bishop—and for him.

“He understood what I was saying—especially my own story, what I had gone through, but also the stories of so many homeless youth,” Williamson later told me. “But I realized at the same time that he would have very little power, even as a bishop, to help any of us, even though we were Catholic and we were suffering because of the Catholic Church’s teaching and the things that were coming from the hierarchy.”

Now, Williamson is making headlines because he may soon meet another bishop; specifically, he is on the guest list for Pope Francis’ visit to the White House.

Someone at the Vatican, says the Wall Street Journal, has reportedly expressed concerns. Theologian Thomas Williams, writing from Rome in Breitbart, repeatedly mis-gendered Williamson, referring to him as “a cross-dressing woman” who “now thinks of herself as a man.” Evangelical heir-apparent Franklin Graham called the guest list—which includes around 15,000 people in addition to Williamson—"disgraceful and obviously inappropriate."

I first wrote about Williamson in an article for Al Jazeera America about a nun, who went by the pseudonym Sr. Monica, with a ministry to the transgender community that’s so controversial she has to keep her identity secret. Many of her trans friends are practicing Catholics, or want to be. Williamson was raised Catholic, drifted from the church as a teenager, but then returned around the time he came out as transgender. When I last referred to him in America, I cited an article he’d written about working with LGBT youth in a homeless shelter. He wondered how many of the shelter’s beds would be empty if religious teachings didn’t incline families to banish non-conforming children from their homes.

Included in Francis’ recent encyclical, “Laudato Si’”, are some passages that have been taken to address queer and transgender people. The pope writes, for instance:

Learning to accept our body, to care for it and to respect its fullest meaning, is an essential element of any genuine human ecology. Also, valuing one’s own body in its femininity or masculinity is necessary if I am going to be able to recognize myself in an encounter with someone who is different. In this way we can joyfully accept the specific gifts of another man or woman, the work of God the Creator, and find mutual enrichment. It is not a healthy attitude which would seek “to cancel out sexual difference because it no longer knows how to confront it.”

The common reading—and likely the intended meaning—of passages like this a moral denunciation of transgender discourse. However, when one spends enough time hearing trans people describe their journeys, this kind of language actually resonates with theirs. Such journeys come in many forms, but they often describe a process less of departure and escape than of homecoming. Trans people I’ve known, perhaps more than anyone else, understand the realities of sexual difference, because they’ve had to traverse that divide on their own.

“To transition is to move toward their own integrity as a person and not away from it, and therefore toward God, not away from God,” Sr. Monica reminded me in an email this week. She pointed out that only a small percentage of people have ever knowingly met a transgender person, so they’re forming opinions and making judgments with far too little experience.

Scientific research suggests, also, that a simple dualism between the sexes is an inadequate account of the real diversity of our bodies.  This mystery finds expression in our tradition, too—in cases like St. Joan of Arc’s cross-dressing and mystical visions of Jesus’ breast oozing milk.

Earlier this month, based on an inquiry about a trans Spaniard, the Congregation for the Doctrine of the Faith advised that trans Catholics cannot serve as godparents, marking what is perhaps the clearest and most public ruling on the matter to date. But another trans Spaniard, Diego Neria Lejárraga, wrote to Francis last December about his struggles, and was invited for a visit with the pope in Rome in January. He came away determined to counsel others in similar situations, to help them “overcome all those terrible negative feelings.”

“Today, my soul is in peace, thanks to Pope Francis,” Neria told People magazine. After a long week as a pawn in the culture wars, may Williamson have a similar experience at the White House.