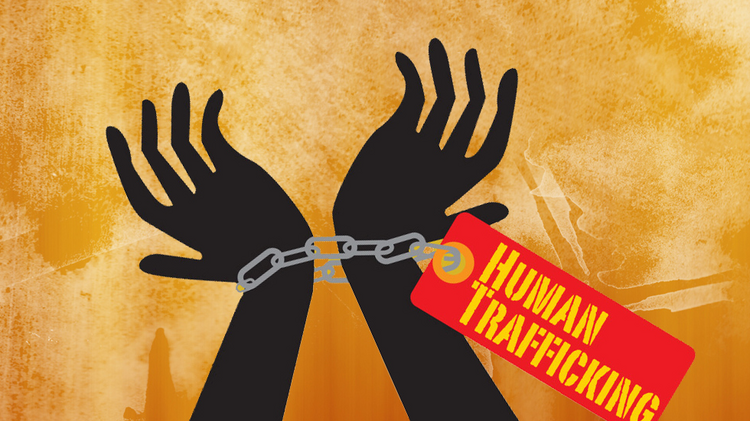 I’m very grateful to have the mother that I do. Among the many and varied reasons I have for my gratitude, certain news events have reminded me of yet another. When I was three years old, at a Peach Festival in Western New York, a man approached my mother and offered to buy me for $500 on the spot, no questions asked. The fact that this man had the gall to approach a young mother, in a public space, and attempt to put a price on her (then) only child, leaves me dumbstruck. My mother, thankfully, began to scream and yell at the man, calling for the police, but, unfortunately, he got away. I hope that there were other mothers who were just as caring and protective that day.

This all came to mind as news broke over the last week that Houston is now considered the largest hub of human trafficking and smuggling in the United States today. Just last Wednesday (3/19), 100 individuals were found in a 1500-square-foot house on Houston’s south side, all smuggled and detained there illegally. This is just one of hundreds of thousands of examples of human trafficking and smuggling that take place every year, but they’re crimes that seem to go generally unnoticed. Why?

According to Catholic Relief Services, at least 12.3 million people are trafficked annually on a global scale, creating what is estimated to be 32-billion-dollar industry. The U.N., in a fairly comprehensive report published in 2012 (which may be found here), reported that nearly 27 percent of all victims trafficked are children, two-thirds of which are young girls, and they are trafficked for a variety of reasons, the most common being sexual exploitation (comprising 58 percent of all trafficking victims). Other reasons include labor exploitation (36 percent), organ harvesting (present in over 16 countries), and begging (1.5 percent). The report also made note that, even though 134 countries have criminalized human trafficking, only 16 percent of those countries did not report a single conviction between 2007 and 2010 on human trafficking related crimes. Catholic Relief Services stated this fact a little more succinctly, reporting, “Only 1 person is convicted in every 800 trafficking cases worldwide.” That is a staggering piece of information.

Smuggling also quite frequently becomes trafficking. As people are put in more and more desperate situations, becoming more dependent on their smugglers, they are often exploited and forced into one of the aforementioned exploitations. Rey Koslowski, a professor of political science at New York State University Albany and author of the book “Global Human Smuggling” stated on NPR’s Talk of the Nation in April 2012 that: “we have had cases where people who might have been smuggled across, just simply smuggled across the border to the United States, but then hijacked and taken to work places where they didn't intend to go or held for ransom because oftentimes they [the smugglers] are being paid by relatives, for example. It costs roughly now, the fee to get into the United States across the southern border, you know, $2,500, roughly. And, you know, a lot of migrants don't have that kind of money. And so they have to finance it, and these are the ways in which this happens.” Of the hundreds of thousands estimated to be smuggled into the United States each year by U.S. Immigration and Customs Enforcement, we have little idea of how many are forced into labor as a result of their being smuggled. (For more information from I.C.E. about indicators and practices of trafficking, click here).

Yet trafficking and smuggling are crimes we rarely hear about. In a Congressional Field Hearing held just one day after the smuggling bust in Houston at Texas Southern University (news brief found here), Steven McGraw, Director of the Department of Public Safety for the State of Texas, stated, “Human trafficking is hidden under a veil of underreporting. I can tell you how many vehicles were stolen in the cities of Houston, Dallas and San Antonio, but no one can tell you how many times children were prostituted on the streets of these cities.” The reason for this is two-fold: Firstly, the victims themselves are often coerced and threatened not to talk to authorities or to report crimes inflicted upon them by their smugglers/traffickers. This is primarily out of fear of the consequences from either their captors or from authorities. Secondly, the lack of public education surrounding the topics of trafficking and smuggling leads to less discussion surrounding these issues and fewer actions being taken to stop this inhumane treatment of so many human beings. Congressman Al Green, who also sat on the Field Hearing, stated, “We must and we can solve the problem of human trafficking. We must recognize that human trafficking is a problem ‘hiding in plain sight’ that needs direct action. Too many of our major cities are being used by human traffickers to buy and sell humans as chattels.”

Ultimately, there is much to be done in order to forestall and, hopefully, end this grievous violation of human rights. In the United States, smuggling could decrease with humane immigration reform, greater penalties and further criminalization of smuggling and trafficking, clearer definitions regarding what constitutes each offense and creating and boosting support structures for victims of these crimes. It’s not as if this is outside the capabilities of the America government, it is simply a matter of priorities that need to be questioned. The fight on a global scale is one that still needs to be hard fought and won, but in our own backyard it appears that we are making it more difficult than it needs to be for us to find and impose a solution to protect some of the most vulnerable in our society. Whether they’re sold as child sex slaves, harvested for organs, or forced into farm labor, the denial of  the basic human right to freedom for millions is a sad reality that our society has to deal with today.

Note: There is a difference legally between Smuggling and Trafficking. The U.N. defines each as such:

Smuggling: "procurement, in order to obtain, directly or indirectly, a financial or other material benefit, of the illegal entry of a person into a State Party of which the person is not a national or a permanent resident. (Article 3, Smuggling of Migrants Protocol).

Trafficking: "the recruitment, transportation, transfer, harbouring or receipt of persons, by means of the threat or use of force or other forms of coercion, of abduction, of fraud, of deception, of the abuse of power or of a position of vulnerability or of the giving or receiving of payments or benefits to achieve the consent of a person having control over another person, for the purpose of exploitation. Exploitation shall include, at a minimum, the exploitation of the prostitution of others or other forms of sexual exploitation, forced labour or services, slavery or practices similar to slavery, servitude or the removal of organs" (Article 3, paragraph (a) of the Protocol to Prevent, Suppress and Punish Trafficking in Persons).

Nicholas D. Sawicki is an intern at America.

1
Do Pope Francis and Pope Benedict disagree about Vatican II and the traditional Latin Mass?
America Staff
2
Do not give religious exemptions for Covid vaccines, New York archdiocese tells its priests
Michael J. O’Loughlin
3
Explainer: Pope Francis doesn’t spend summer vacation at the papal summer castle. So what does he do to relax?
Colleen Dulle
4
Meet Sydney McLaughlin, a New Jersey Catholic School Alum who is favored to win the gold in Tokyo.
Catholic News Service
5
Why should the church reach out to L.G.B.T.Q. people? Some shocking statistics can answer that.
James Martin, S.J.