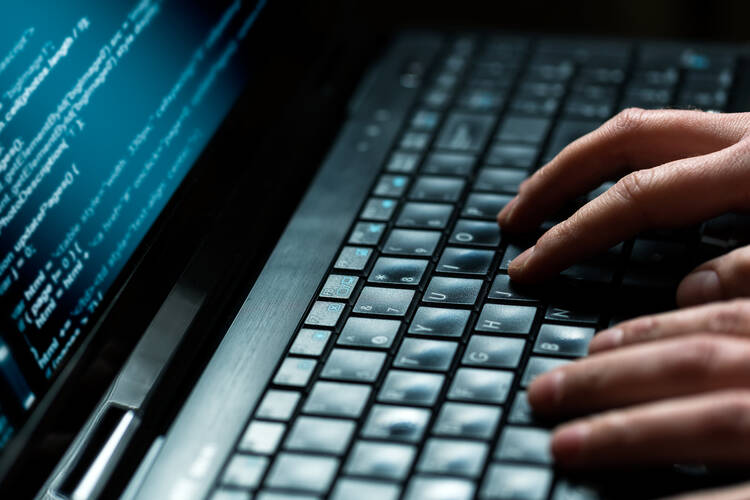 I still remember the excitement with which my friend Brother Benedict Simmonds, a Trappist monk at Holy Cross Abbey in Virginia, told me about the Electronic Scriptorium a decade and a half ago. It was a business model he’d helped to develop that would employ contemplative nuns and monks in digitization tasks—of library files, for instance—mirroring the ancient monastic work of hand-copying manuscripts. Wired and CNN ran profiles of it in the 1990s. Communities around the country joined in. But Br. Benedict’s fellow monks at Holy Cross ended up deciding that sitting at computers all day wasn’t the right fit for their calling. They doubled down on baking fruitcakes.

I wrote in my latest print column for America about some of the “new monasticisms” emerging today among young people—ways of doing religious life that are lay, in the world, and yet committed to community and spirituality. One line of questioning I didn’t bring up, though: What kinds of technology will they use? What will they embrace, and what will they shun?

The New York Catholic Worker houses, for instance, have taken a conservative approach. Internet use is discouraged; the famous Catholic Worker newspaper still has no online edition. Dorothy Day used the technologies available to her when she started the paper in 1933, but her successors opt for caution in the midst of a technological revolution that consumes our attention, our time and our personal data.

My preference is for another attitude. To me the important question is not whether to use technology or not, but which technologies to use, and how. Many of the brand-name gizmos that we associate with the Internet age—iPhones, Facebook, Twitter and Google—are indeed formidable tools for distraction, extraction and surveillance. But these are not, in fact, our only options. This month in The New Republic, I propose a different way: “Slow Computing.”

What I mean by this is making choices about using computers, and the networks they connect to, with more awareness of how they affect ourselves and others around us. Much as the Slow Food movement emphasizes local economies, traditional knowledge and ecology, Slow Computing means not merely opting for the most competitive, profit-driven hardware and software, but instead building a commons. It means cultivating digital lives that reflect our analog values.

I’m typing these words, for instance, on Emacs, a text-editing program first created in the 1970s. It’s in some respects simpler than Microsoft Word—no fonts, no annoying auto-correct—but in others its simplicity makes it far more adaptable. As a free, open-source program, it has benefitted from the collective wisdom of thousands of coders who have added features and fixed bugs over the years. It echews the new and alluring for the old and functional. I run Emacs in the text-only terminal on Ubuntu, a free, user-friendly operating sytem based on Linux.

Online, most of the cloud services I use—syncing contacts, calendars and files—come through ownCloud, which is also free and open-source. It stores my data not on some mysterious, corporate-owned server, but on the machines of May First/People Link, a member-run organization I belong to. Increasingly, I’m trying to spend less time on Facebook and Twitter and more on social networks like Diaspora and Friendica, which—since they don’t rely on the business model of surveillance—allow users to retain much more control over their personal data.

In some respects, Slow Computing is an act of piety for me. Who knows whether it really makes a difference in the world. But, like other kinds of piety, it makes a difference for me. Slow Computing changes my relationship to these machines, making me feel, in the hours I spend with them, connected to the communities people who build open-source software for the sake of desire more than profit. The tools themselves, and the ways in which they are made, depend on a culture of collaboration rather than competition, as well as a spirit of craftsmanship-for-its-own-sake that would make medieval monks proud. In fact, last year I spent a week with the unMonastery, an open-source hacker community in Italy that modeled itself on the Rule of St. Benedict.

I hope that as we Catholics discern our relationships with the machines around us, we consider Slow Computing as an ideal—though, as always, one to balance with practical realities. For instance:

Priorities like these resonate through our history, to old values of craft, community and the commons. If we can move beyond the yes-or-no question with technology, and toward the which-and-how, we can begin to imagine a Catholic tech culture worthy of the austerest of contemplatives and the most worldly ministries alike.