Six ways for parishes to enter the digital age.

Six ways for parishes to enter the digital age. 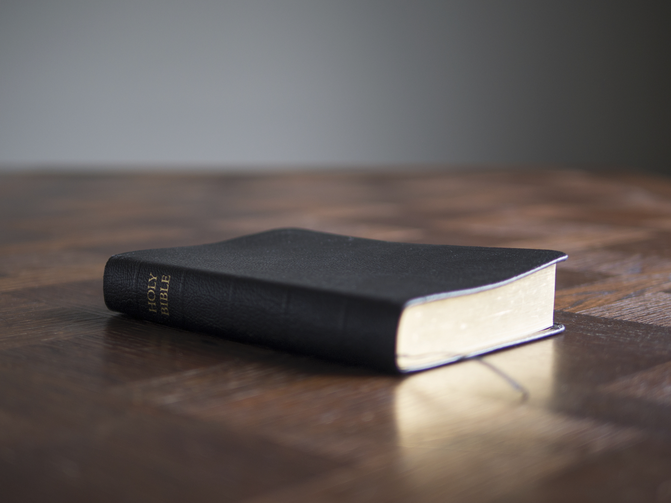 I’ve noticed that when concerned Catholics talk about “engaging” with the online universe, they usually restrict the discussion to

We’re stuck, therefore, on that first-step level of finally admitting that being religious doesn't entitle us to forgo basic religious responsibilities with regard to the internet. We furthermore tend to simplify the challenge of practicing faith online by regarding as fixed and static the nature, structure and economies of the internet. A non-moving target is easier to hit. “Engagement,” therefore, can be satisfied by ensuring that one’s parish has Facebook, Twitter and possibly Snapchat accounts, and that those who dare to operate these machines do so prayerfully, charitably and with ample opportunities for digital detox.

This strikes me as inadequate. Just as the offline economy forms us, the online one does too. It helps determine what kind of Christians and humans we become. It does so not only through our day-to-day behavior and that of others, but through its nature and structure. Concerns about the structure of the status quo economy, after all, have inclined many parishes to form credit unions, job boards, food pantries, thrift stores and other economic alternatives for their members and the surrounding communities. What if we did the same for the internet? Its structure has made corporate surveillance over our everyday lives and relationships a tolerable business model, while perpetuating gross inequalities of access that accentuate already existing inequalities of other kinds. The dominant internet culture encourages non-Christian values like planned obsolescence and idolatry of the new. Can parishes do better?

I think they can. I’ve been gathering some ideas about how parishes can create the credit unions and thrift stores of 21st-century connectivity. They’re only a start, and they require investments of work, expertise and other resources. But each is an attempt not merely to jump aboard the internet bandwagon but to steer where it’s going by the light of our common faith.

1. Community broadband. Networking starts with being on the network. Although U.S.-based companies do much to shape the internet and its future, we distribute that future very unequally. Broadband is expensive and not universally available, creating a high barrier to entry especially for low-income people who stand to benefit from it most. But a better-organized system is possible. For high-density communities, wireless mesh networking enables users to share connectivity across a neighborhood without each buying service individually. In Spain, Guifi.net has shown that this kind of grassroots networking can operate at large scales—in that case, serving tens of thousands of people. Churches in the United Kingdom have used their spires to improve access in underserved rural areas; in the United States, the FCC has a range of programs to support broadband expansion that parishes may be able to utilize. At the very least, a parish can provide wifi access for people in or near its buildings. Just as church bells once helped neighbors keep the time, now those same towers can help us connect to the wider world.

2. Tool library. Network access doesn’t help much without hardware to do the accessing, and not everyone has equal access to that. Parishes might keep a stock of aging but functional computers around—perhaps donated by those who can afford regular upgrades—that can be used or borrowed by those who need them. Such a program might also expand to include a variety of tools along the lines of a Fab Lab, a makerspace or a citizen science lab, depending on the needs of the community.

3. The parish cloud. Lots of us have gotten used to relying on distant corporations with questionable motives to manage our digital lives—from file storage to communication and social networking. But these things can also be done through local, trusted organizations thanks to free, open-source tools. Platforms like ownCloud and Sandstorm enable powerful cloud tools to be deployed easily, at the cost of only the hardware to run them and a bit of know-how. (I rely heavily on a membership organization for my personal cloud tools.) Marco Fioretti, who has written about the intersection of Catholic social teaching and open software, proposes a project called Percloud that would integrate existing free tools into an easier-to-deploy package.

Parishes can also host communication platforms that help members connect with each other, discuss matters of common concern and organize. Free, open-source software like Discourse (a sophisticated forum) and Rocket Chat (a Slack-like collaboration platform) are good examples of the kinds of user-friendly options out there. This way, parishioners can not only deliberate between Masses; they can rest assured that their interactions aren’t being managed and monitized by outside corporations.

4. Cross-class co-working. As more people find employment online, rather than through all-inclusive workplaces, co-working has become an obvious and necessary choice. It can also be a liberating one, full of opportunities for forming new communities and collaborations. But many co-working spaces cater to affluent professionals who can pay high fees, even though the need for such flexible workplaces is even more acute further down the economic ladder. Opportunities are lost to extend those communities and collaborations even further.

Churches often have rooms that are under-utilized during weekdays and that can be made available at a lower cost than the rent at a boutique co-working space, while still contributing revenue. St. Lydia’s, an Episcopal church in Brooklyn, has put its space to work in this way. Particular effort should be made to offer (and, when necessary, subsidize) spots for a diverse set of workers and professions, enabling kinds of connection that the conventional economy doesn’t usually allow.

5. Church innovation funds. Probably most of the co-working a church hosts will serve the secular. But what if it were easier for people to put their talents and networks to work for their faith? At the parish, diocesan or bishops' conference level, loan funds could be established specifically for encouraging young people to develop new church-related businesses and organizations. Redeemer Presbyterian Church in New York City, for instance, offers programs in faith-based innovation, ranging from business courses with prayer meetings to a startup pitch night with cash prizes. Such programs could support viable projects that might not attract the interest of conventional investors—like software for connecting people with service opportunities, platforms owned and governed by their users, or tools designed for low-income communities.

6. Integral networking. When we put technology in the service of our needs, our assemblies and our faith, “digital detox” starts to seem less necessary or even coherent. Instead, we can reflect and discern together about how to keep our relationships with technology healthy—non-toxic from the start. We can practice norms that prioritize the social and the spiritual over commercial gizmos. This will look different in different parishes and places. But as with every past wave of staggering technological change, from the printing press to the power loom, the questions we should be asking are not “yes or no” but “how” and “why.”

Such questions, of course, will cause us to question the very allure of a networked parish to begin with. What’s the point? Are we merely trying to keep up with the world, to attract attention to ourselves, to appear of the moment? Do we do it to trick young people into sticking around? Or do we do it because we want to invite God’s transfiguration more fully into every facet of our lives, to discern among the good things of the world how best we might serve one another?

Show Comments (
1
)
Comments are automatically closed two weeks after an article's initial publication. See our comments policy for more.
Lisa Weber
3 years 6 months ago
Good article! I am part of a Bible study group that has an online option for those who cannot attend one of the classes that meet during the week. The online option makes it possible to be part of a class even though I cannot attend some of the meetings. I keep track of America magazine primarily through Facebook. Being online is helpful for a religious organization, but I suspect that many parishes lack the funds and/or expertise to create a useful online presence.
Advertisement