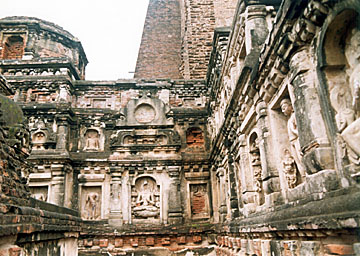 Cape Cod, MA. Some readers may have noticed in the October 30 New York Times the article by Tamar Lewin on the decline of the Humanities as a field of study at colleges and universities, even large private universities such as Stanford and Princeton. As she notes, “The future of the humanities has been a hot topic this year, both in academia and the high-culture media. Some commentators sounded the alarm based on federal data showing that nationally, the percentage of humanities majors hovers around 7 percent — half the 14 percent share in 1970. As others quickly pointed out, that decline occurred between 1970, the high point, and 1985, not in recent years. Still, the American Academy of Arts and Sciences issued a report this spring noting the decreased funding for humanities and calling for new initiatives to ensure that they are not neglected amid the growing money and attention devoted to science and technology.” One can add to the mix, of course, critiques of elitism, the de facto exclusion of women from the canon for centuries, and other issues of bias and privilege. There is no untainted canon to be appreciated in the Humanities. My own Harvard is no exception: “Harvard had a 20 percent decline in humanities majors over the last decade, a recent report found, and most students who say they intend to major in humanities end up in other fields.” Ms. Lewin points to various creative strategies to reverse the decline, such as drawing on new technological resources to help in teaching the classic texts, and reaching out to high school students so as to foster a community of students and faculty still committed to the Humanities. But as timely as the article is in reminding us yet again of what’s going on in higher education, there are several pieces missing.

For starters: Ms Lewin’s article refers to no Catholic universities or colleges, or even any church-related institution. This is odd, since it is on such campuses that we still find a stronger commitment to the Humanities, including philosophy, religious studies, and also theology (the latter largely absent from the state and secular universities). A fuller version of the Times report would have to address also what is going on at religiously-affiliated institutions, not because they are immune to the same pressures of technology and job training, but because they are still better at getting the deeper sense of the human that underlies the Humanities. Stanford and Harvard might learn from BC and Notre Dame and many a smaller institution on what you need to have in place for there to be a Humanities at all. If we do not understand the human, or believe that “the human” and “the true” (Harvard’s veritas) mean something universal and enduring, how can the Humanities stand?

More broadly: The problem of the Humanities today is also and more deeply grounded in the ever more robust and vital multiculturalism of our society. One reason we don’t study the classics anymore is that there is no longer a single set of classics or great literary texts that are the foundations for all of us. We no longer share a cultural narrative that makes it convincing to imagine that Homer and Vergil, Plato and Aristotle, Augustine and Aquinas, Shakespeare and Dostoevsky are the books that we all need to read because they are the key books of our past. Yes, the case can be made for reading such works as part of any serious education, and yes too, they have particular power given the history of the modern West. But no, they are not obviously more important or compelling or illuminating of the human than the classics of every other human culture. There are no convincing arguments today for studying and teaching only the classics of the West, from the Greeks to the French, Germans, and British. The human still needs to be studied and pondered, quite apart from what is technologically impressive or economically useful, but mono-cultural study will only fail, because there is no longer a mono-culture.

There are obvious classic literatures in other cultures too, written, oral, inscribed in art and performance, that should be part of American education in the future, if there is to be a Humanites still connected to the human. Thus, to draw on the cultures of India with which I am familiar (and to repeat what many scholars have said before), every American student would do well to read the epic tales of the Ramayana and Mahabharata, and the playwright Kalidasa, the philosophical texts of Yoga, Vedanta, and Nyaya logic, the Buddhist traditions, and the numerous more localized literatures of each part of India, such as the classical love and war poetry of Tamil South India. At least insofar as we are talking about our literary heritage, it makes no sense to read the Gospels and not the Bhagavad Gita.

More deeply: we have a lot of work to do if we are to conceive of classics for all of us, our shared great books, beyond outdated past conceptions of the West. That many of the books of world literature are taught on campus these days, in some institutions, is in itself not enough, since without a deeper conversation, the impression will be simply that there is no common ground or, rather, many "humans." The goal of the conversation is not a monolithic view of humanity, but an interlocking, interwoven shared ground that creates a new canon, such as helps us to recognize what in fact was there in the first place (and not merely our invention). We still haven’t had nearly enough of the needed, albeit tricky, cultural dialogue regarding what it means to be human today, when all of the great humane traditions are off balance, even as they are more available than ever before, and potentially potent in remedying what ails modern America. We still need to face up to all the campus and curricular issues the Times article mentions, but if we don’t do more to learn each other’s great traditions, the Humanities will surely be ever more marginalized, and then we all, off campus too, will be the losers.