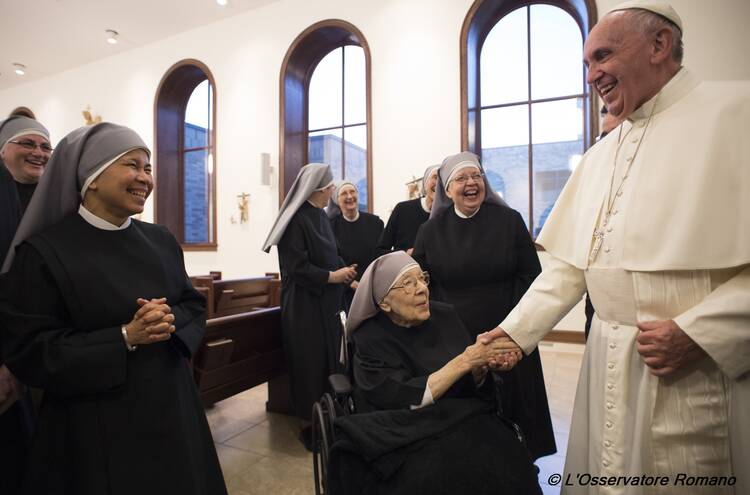 On his Apostolic Journey to the United States, Pope Francis brought a message of encouragement. He called us to press on, always forward, to meet the issues of our day with energy, imagination and determination. The Holy Father also urged us to look back. He persistently reminded us of our heritage and of our duty to protect it. The American tradition of religious freedom gives individuals and institutions, families and communities, the space to seek and live the truth.  Religious freedom is a “fundamental right,” a right belonging to all persons.  Pope Francis gave a heartfelt affirmation of this tradition, calling it “one of America’s most precious possessions.”

In his words and actions, the pope expressed solidarity with those working to protect our precious heritage. At the White House, he gave support to his brothers, the U.S. bishops, who “have reminded us, all are called to be vigilant, precisely as good citizens, to preserve and defend that freedom from everything that would threaten or compromise it.” Following the Mass of Canonization of Junipero Serra, he visited the Little Sisters of the Poor to encourage them in their efforts to fight for the conscience rights of all people of faith who seek to serve others. Religious institutions and communities, like the Little Sisters, as well as Catholic Charities, USCCB Migration and Refugee Services, and many others exemplify “self-sacrifice in the service of the common good and compassion for those in need.” We are so grateful for the pope’s encouragement, as we seek to continue living out our faith in public.

In Philadelphia, Pope Francis reminded Americans of an easily overlooked aspect of religious freedom: it guards against uniformity and tyranny. He noted that “modern tyranny seek to suppress religious freedom… to try to reduce it to a subculture without right to a voice in the public square.” When the state attempts to override consciences, eliminate traditions and force people to conform to a single way of life, human dignity is severely degraded. As Pope Francis reminds us, “a healthy pluralism…respects differences and values them as such” (Evangelii Gaudium, 255), and we know from our history that the United States can be a country where a healthy pluralism thrives.

The Holy Father’s words, and the efforts of the United States bishops to preserve and defend religious freedom, should not be mistaken as political. Instead, they are motivated by a desire to serve the dignity and the common good of all men and women.

We Americans enjoy a beautiful heritage of religious freedom. Claiming that heritage today requires encounter and engagement between people who hold different viewpoints, so that we can grow to respect the right and duty of every person to live in accordance with her or his conscience. As Pope Francis said, “it is imperative that the followers of the various religious traditions join their voices in calling for peace, tolerance and respect for the dignity and the rights of others.” I hope that the Holy Father’s affirming words inspire such a dialogue, that we might draw from our heritage and resolve to protect our first, most cherished liberty.

Most Rev. William E. Lori is archbishop of Baltimore. 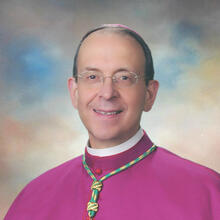 William E. Lori
Show Comments (
3
)
Comments are automatically closed two weeks after an article's initial publication. See our comments policy for more.
Raymond Glennon
6 years 8 months ago
Excellent post by Archbishop Lori uses the words of Pope Francis (and not the words of others) to clearly articulate the Pope's position on the fundamental importance of religious liberty as he stated it during his visit to the United States and on his return home. Archbishop Lori's conclusion encourages us to "draw from our heritage and resolve to protect our first, most cherished liberty." May we all unite to do just that. Twitter: @RayGlennon
Phil Tanny
6 years 8 months ago
Religious liberty means the state should not interfere in the practice of religion within churches. Religious liberty does not mean that all of us are free to ignore the law so long as we can state a religious reason for doing so. Being a member of a religion is not a "get out of jail free card" for those who object to a particular law. Religious liberty means, for example, the state should not compel any religion to perform gay marriages within their churches. The state can however compel businesses to not discriminate based on race, gender, religion, ethnicity, sexual preference etc. The Church itself does not allow for conscientious objection. If we get an abortion, we are automatically excommunicated, period. Such a decision is not overturned by us raising our hand to report an objection to that policy.
Michael Cawley
6 years 7 months ago
The first amendment of the U. S. Constitution reads, in part, "Congress shall make no law respecting an establishment of religion, or prohibiting the free exercise thereof;...". Historically, the first clause of the Constitution has been interpreted to mean there shall be no religion or Church or denomination which shall be enumerated as THE religion, Church, or denomination of the U. S. government (whether it be the Church of England, the catholic Church, or Judaism, etcetera). However, it is, in my opinion, the second aspect of this first clause, "...or prohibiting the free exercise thereof..." which has been called into question by the Health and Human Services mandate that the social service arms of the Church, religious orders which are Christian, religious institutes which are Christian, religious colleges which are Christian, or public businesses owned by practicing Christians which have become subject, illegally in my opinion, to the federal government or the state government's definition of what is "religious" enough. It is precisely as private worship alone, that communist Russia and national socialist Germany allowed Christian churches to maintain religious services. It was only in the public arena where they desired to silence the voice and witness of religious communities from raising a moral objection to the social policies of their totalitarian regimes. Americans have historically understood the necessity of a public witness that flows from its private worship which acts as a robust check on the usurpation of power by the state which encroaches on the private and public lives of its citizens. Congratulations to Bishop William Lori and to the ecumenical witness of the J. Reuben Clark Law Society and the International Center for Law & Religious Studies at Brigham Young University on conferring this award to him for his role as the USCCB's Chairman of the Ad Hoc Committee for Religious Liberty. Full disclosure: I am a proud parishioner of the archbishop of Baltimore at Our Lady of the Fields.