Pope Francis' 'Jubilee of Mercy' Must Start at Home 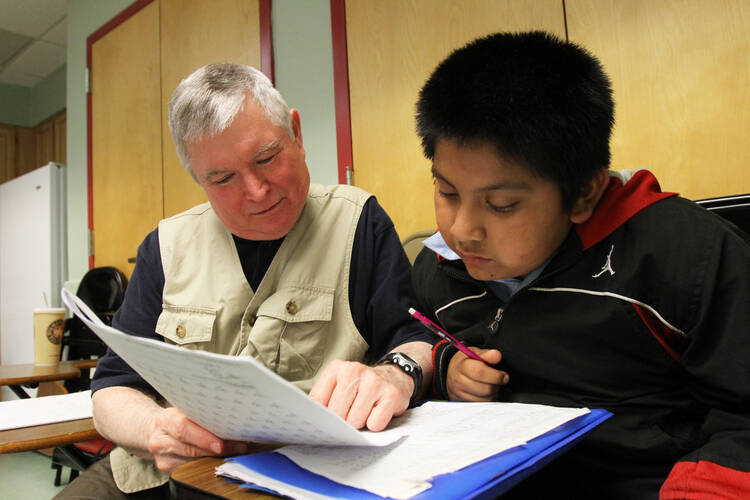 Pope Francis has called for an “extraordinary Holy Year,” a “Jubilee of Mercy,” Dec. 8, 2015, to Nov. 20, 2016. It offers an opportunity for the church to show the world God’s love. It starts in the home and moves outward around the world. The virtue of mercy is a hallmark of this papacy as Pope Francis seeks ways to ease pain and bring people together. We’ll see an opening of the Holy Door at St. Peter’s Basilica in Rome and special indulgences awarded for the event.

Looking on one with mercy invokes the image of God as the father of the prodigal son, His arm on the young man’s shoulder, acknowledging his failures but believing in him and loving him as his true son. Mercy is more than forgiveness. It is the love of a parent for a son or daughter.

Some years ago a woman told me of a Mother’s Day homily in which the priest told mothers who were estranged from their children to reach out to them. After Mass, she called her adult daughter and said “I want to see you.” The younger woman showed up with the Christmas card, Valentine, birthday card, St. Patrick’s Day card, birthday card and Mother’s Day card she had bought but never sent. She was that close to a reunion. The issue? Mom had sold the family home after Dad had died.

Acts of mercy do not have to be dramatic. Another friend noted how one day she realized how easy—and detrimental—it is to take another for granted and began to thank a relative for the little things he did—such as help her carry in the groceries, fill the tank with gas and help clear the table. She presumed he knew she was grateful. Expressions of gratitude were important because the relative accepted financial and other help in hard times. He felt uncomfortable being beholden to his sister. With his self-image plunging, the thanks built up his self-esteem. It was difficult to change their relationship given the family dynamic of presuming but not saying thanks but important given the circumstances with his financial circumstances in old age.

Being merciful starts in the home, at birth. Parents set the tone of what it means to be merciful with each other and with their children. When people lie, don’t keep promises, behave badly, parents can teach values and standards without being harsh; apply appropriate punishments when necessary but always with a willingness to forgive. They show mercy when they talk out differences rather than inflict the silent treatment or hold grudges, for example.

I remember sitting next to a woman coming home from burying her son who had died of AIDS. He had been alienated from the family due to his homosexuality and only she would go to him as he lay dying. That was mercy. Mercy can show at other moments, for example, when teens are applying to colleges, maybe not getting into the elite schools like their neighborhood friends, or nor making varsity despite multiple practices. Later on in life it shows when someone might not get a dreamed of promotion or desperately wanted job. It has an “I’ve walked in your shoes” quality.

A friend recalled a college pal from 50 years ago with whom she severed relations following some disagreements. They do not seem so important anymore. Relationships do. The coming call to a college class reunion looks like a time to reach out.

With the Jubilee we will hear much about mercy in the coming year but we need to start practicing it now in the home and neighborhood. Bigger opportunities await us.