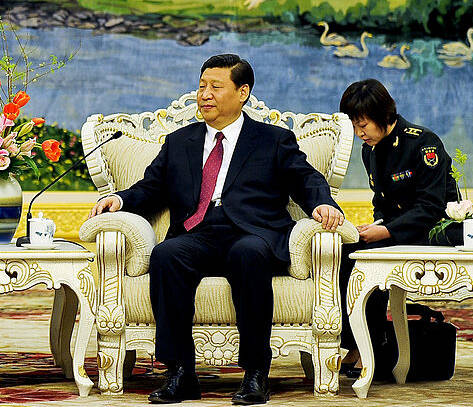 Pope Francis has invited the President of China, Xi Jinping, to meet him in the Vatican to discuss world peace, but he has also expressed his own willingness to travel “tomorrow” to Beijing for this same purpose if that were preferable.

He issued the invitation in a letter, which he signed and entrusted to Ricardo Romano, a leader of Argentina’s Justicialist Party (the largest Peronist party in Congress), accompanied by José Lujan, a representative to the Academy of Chinese Sciences to the Mercosur. Mr. Romano handed the letter to a Chinese diplomat that is understood to enjoy the full trust of President Xi Jinping.

The news was broken in Argentina on Sept. 16 by the online news website, Infobae. The Vatican’s Secretariat of State had no comment to make, but significantly did not deny it.

The decision of the pope to send the letter of invitation to the Chinese leader arose out of a 90-minute meeting held at Santa Marta, the Vatican guesthouse where Francis lives, on the evening of Sept. 3. The meeting focused on the geopolitical situation and the conditions for bringing about a lasting peace in the world, Infobae reported.

Besides the pope, those at the meeting included Ricardo Romano and José Lujan from Argentina, and two of the most senior Vatican officials: the Italian Cardinal Pietro Parolin, Secretary of State (a rank equivalent to that of Prime Minister), who knows the situation in China very well, having held that brief in the Secretariat of State for several years in the first decade of this century, and Archbishop Dominque Mamberti, the Moroccan born Secretary for Relations with States (the Vatican’s “Foreign Minister”).

Ricardo Romano, speaking to Infobae, recalled that one of the conclusions reached at the meeting was the importance for the Vatican to develop good relations with China and its leadership so as “to contribute to the taking of decisions of a multi-polar nature that would guarantee a greater degree of governability in the service of a more fraternal world society and with a greater level of social equity.”

They also concluded on “the need to consolidate a multi-polar world as an element to support a new governability that would reduce the conflicts, the violence and the suffering inflicted on peoples through this ‘piecemeal’ Third World War which the Pope has denounced.”

Mr. Romano recalled that during their discussion at Santa Marta the Jesuit pope repeated what he had said on the plane from Korea on Aug. 18: “Yes, I said I would like to go to China. Tomorrow!” He then added, “I am a general doctor but, on themes that relate to Asia, Monsignor Parolin is the surgeon!”

The pope then decided to write a letter to President Xi Jinping, in which he expressed his esteem for “this noble and wise people” and invited the Chinese leader to come to the Vatican to talk with him and to reflect together about world peace but, at the same time, he also expressed his own willingness to go to Beijing for this same purpose if that were preferable.

The Argentine news-site, Infobae, reported that three days after that meeting in the Vatican the Chinese Government in Beijing designated one of its diplomats with broad Latin American experience, who had organized the visits of the Chinese leader to Latin American countries and who is said to have the total confidence of President Xi Jinping, to receive the pope’s letter from José Lujan and Ricardo Romano.

After handing over the letter to the Chinese diplomat, Mr. Romano told Infobae that he had come to the conclusion that “in spite of the conflicts between Beijing and the Vatican the recognition that the stature of the Holy Father has reached (in the world) is such that, sooner or later, the President of China will visit Francis in the Vatican or receive him in Beijing.”

It remains to be seen how the Chinese president will respond.