Pope Francis to Be Dubbed 'Greener Pope' After Encyclical on the Environment? 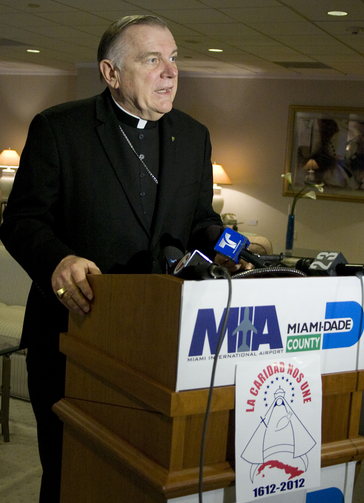 As the June 18 release of the pope's encyclical on the environment approaches, pre-emptive commentary either lauding or diminishing its so-far unseen contents continues apace. Asked to comment on the galloping punditry that has anticipated the encyclical, Miami Archbishop Thomas Wenski noted with some amazement the willingness of many folks "making these arguments without having even read the encyclical or engaged [its] arguments."

Speaking at the U.S. bishops' spring meeting in St. Louis, Wenski, chairman of the bishops' committee on Domestic Justice and Human Development, added, "The pope is not approaching [climate change] as a scientist or as a politician, but as a pastor and a teacher, so I think he will transcend some of the partisan categories [within which] this debate over climate change has taken place." Pope Francis will be a "new voice and perspective," Wenski said.

"The pope is not speaking out of a vacuum; the church has been concerned about this for a long time." Wenski pointed out that many aspects of the U.S. bishops' 2001 statement on climate change, in fact, remain relevant to the contemporary debate. Noting that the issue has been one taken up by previous popes, Wenski pointed out that such was Pope Benedict XVI's attention to the issue he was known as "the green pope."

Following the release of the encyclical next Thursday, Wenski said, "Pope Francis will probably now be known as the 'greener' pope."