The health care plan President Obama released yesterday is not the plan I would have written. Nor is it clear to me that releasing a plan in advance of the bipartisan health care summit on Thursday was the way to go: Better to have held the summit and then announced a plan that included significant Republican ideas. (The White House plan does include many GOP ideas and even has a web page dedicated to them!) But, whether this plan is the best plan, or whether it has a conceivable legislative path to enactment, or whether it will garner sufficient political support, important those these questions are, the most important question is this. Does the President’s plan improve upon the status quo? And, the answer to that question is yes.

The news that a large health care plan in California intends to raise premiums by almost fifty percent shows the problems with the status quo. Any individual whose employer does not provide health insurance coverage and must seek such coverage on their own can tell you all about other problems with the status quo. (When I first became a self-employed writer, I was offered health insurance through a writers’ guild at the cost of $825. per month. After I picked the phone up off the floor, I declined that coverage and did the only thing I could: I went without health insurance for three years.) Of course, those with a pre-existing condition have the most horrific tales, especially those people who have health insurance, but the company finds a technicality that permits them to dodge the coverage. Finally, there is the fact that the rising cost of health care is driving up Medicare and Medicaid expenses at such a fast rate that the long-term fiscal health of the country is endangered. That is the status quo and it is unacceptable.

Obama’s proposals also did away with some of the more ridiculous aspects of the Senate bill, such as the special Medicaid funding deal for Nebraska. The Obama proposal raises the amount of the stipends to help offset the costs of the now-mandated coverage, and that is a very important improvement over the previous Senate bill. And, it strikes a balance in terms of funding the plan, taking the Senate’s tax on so-called Cadillac plans and lowering it and the House’s idea of taxing zillionaires and re-configuring, and lowering, that. This is how compromise works and in these areas the President seems to have struck the right balance.

My principal problems with the President’s plan are that it did not embrace any of the kind of easy-to-grasp reforms we have previously advocated, such as allowing individuals to buy into the same coverage their congressman gets, nor does it appear to entail any measures likely to secure the votes of moderate Republicans like the five who voted for the jobs bill yesterday.

I know, I know. The President’s plan does not include the Stupak Amendment. I continue to prefer the Senate’s language that requires everyone using the exchanges to purchase health insurance – even those who do not get any federal subsidy – to write a separate check every month to cover the portion of their premium that goes to cover abortion. Whereas Stupak envisioned insurance companies offering riders, the Senate, and now the President’s version includes the riders within the legislation and applies not only to those getting subsidies but to everyone who purchases insurance through the exchange. As for the lack of an "opt-out" for those who do not want to pay for abortion coverage, there is no mandate because they have a choice of plans. Choose a plan that does not cover abortion and you will never have to pay for the procedure for anyone else. Indeed, one of the interesting things to watch will be how effectively Catholics can organize to insist on a variety of plans being offered that do not cover abortion. Most people do not even know if their health insurance covers abortion, but the reforms will certainly take care of that and I suspect most people will not want the coverage included in their plan.

Overall, the President’s plan is better than what we have and it is now his political task to either bring the Republicans on board or make sure that they own the status quo. I believe that over time, the deficiencies in the President’s plan, some foreseeable and some not, will be corrected, just as Social Security was improved over time to cover more people than those covered under the initial legislation. What will not be changed, however, is the idea that health care is a basic human right, an entitlement, just as the Church has taught repeatedly. That is a big and worthwhile change, something no one should walk away from lightly, and it warrants support for the President’s plan which largely achieves that heretofore elusive goal.

Show Comments (
3
)
Comments are automatically closed two weeks after an article's initial publication. See our comments policy for more.
James Lindsay
10 years 3 months ago
On Stupak, the USCCB disagrees with you, although you may be right that Nelson is better. Even then, this is not the death of health care that Catholics can support, since if those who voted for Stupak hang tough they can add the language back to the reconciliation bill. If this is the only difference the change will be voted on in the Senate with only a simple majority required for passage. I seem to recall that Stupak had 55 votes when it was debated there as an amendment to the Senate bill. Given that fact, there is no reason to oppose either the bill or the approach. Indeed, using reconciliation allows Stupak to become law.

For Catholics who believe that they must support pro-life legislation, support for reconciliation and the underlying bill is required, since healthcare is a seemless garment of life issue, given the fact that people who can't afford trips to the pediatrician and fall through the cracks on insurance coverage are more likely to abort than if you give them coverage.
10 years 3 months ago
One of the problems with the health care debate and the current approach to it being jammed down our throats is that no one will speak to the real basic issues.  There are two main issues


First, the main problem people have been experiencing in the last few years is the rapidly rising cost of healthcare.  To try and demogauge it by saying insurance companies keep raising prices and demonizing them is avoiding the real issue.  Namely,  that the system we have is so successful that everybody wants in on it and wants everything available.  Each year new and better treatments and better drugs and better diagnostic instruments are developed and each costs more.  And if it is available, then every individual wants it.  So there is an endless spiral of rising costs.  So we get politicians who demonize a system that has delivered the best health care in the world.  Who will say that I will be happy with what was available five or ten years ago.  No, like the popular song of 20 years ago by Brian May of Queen, ''I want it all.''  The trouble with this is that everyone can not have it all.  Which leads to the second main issue.


Second, health care will never be egalitarian and anybody with a sane mind will not want it that way because it will wreck it.  Those who push for equality are pushing for a lower level of what ever it is they are pushing for.  Whether it be health care, education, income or even life itself, equality will lower the level.  A doctor with exceptional surgical skills will want to be paid more than one of average skill and will not want his patients determined by some bureaucrat.  No the richest patients will get access to this doctor and his practice just as the richest always get access to the best that is offered.  To want it any other way is to ensure that we all exist at a lower level with no ambition or objectives to better ourselves.  Unfortunately this truth rubs a lot of people the wrong way but it shouldn't because a society which rewards the best is one that will thrive.  One that punishes achievement will see no achievement.


Till these two issues are ingrained in everyone's understanding we are not going to getter better health care for the poor.  What the current healthcare initiatives by the Democrats, like everything else they do, will dumb it down.
James Lindsay
10 years 3 months ago
Ultimately, the best health care would be what Congress, the President and the military have - in house doctors who are staff rather than independent contractors. Evolution to this, however, has nothing to do with insurance reform. Indeed, it could never happen as a matter of law. The AMA would object too strongly.

Ditto for an expansion of the Public Health Service, which does not have the most highly paid physicians but does have some of the best in the world. I am certainly happy with the care I got for a rare adrenal tumor just this past year. The hospital food was even good and the nursing staff was excellent with well manned wards (which is probably the key to the excellent care I received). Pay nurses more and doctors less and health care will improve. The AMA won't like that one either.

Barring mandating employer hiring of doctors and adequate nursing salaries, the extant bill is the best we can get right now. If prices continue to go up, we may yet see some of the innovations I have suggested - just not from government. Irregardless, what I said about the innevitability of Stupak being passed by the House and accepted by the Senate in Reconcilation or Conference, this is going to pass and with the blessings of Catholic Charities, Catholic Healthcare and the USCCB - with a congratualtory telegram from the Vatican for good measure.
Advertisement 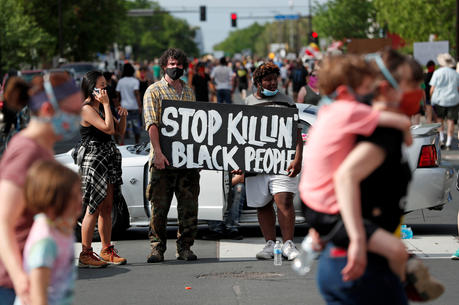