Notes on Love and the Islamic State 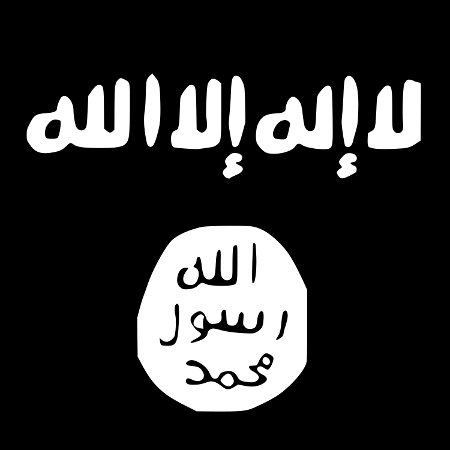 Jesus once said something about loving our enemies. That’s a hard thing to do, and it is especially hard with an enemy as vicious as the Islamic State. Yet there have been times, mostly late at night, when I think I’ve made some progress in doing so. Maybe I’m being tricked by the same demonic forces behind the firing squads and beheadings—or maybe this creepy late-night sympathy is a bit of grace.

Cardinal Sean O’Malley of Boston has spoken of the challenge I’m feeling: “Sometimes we have to engage in a just war, but if there’s not love for people, the recognition that we’re all one human family, then we’re going to destroy each other.”

I watch scenes of young people—some young enough to barely remember a time without war in their countries—declaring their caliphate established! in the back-ends of two failed states: a society that might truly be theirs, a totalitarianism that is at least honestly and transparently and piously so, as opposed to the Assads and Mubaraks and Saddams who mask their cruelty by sort of pretending to be Western-style presidents. The Islamic State is a stepchild of not just Al Qaeda’s anti-colonialism, but of the Arab Spring’s utopianism as well—with a dystopian turn. Some of its generals come from Saddam Hussein’s secular-socialist bureaucracy. This is more than “terrorist,” more than “fundamentalist.” It may be partly those, but it’s also more.

I would like to hear more from the women. Supposedly those who are not among the hundreds of thousands killed or made into refugees, are receiving, in some places, decent social services if they keep their burkas on. I’ve seen it said that the Islamic State makes payments to its employees’ families for having children, which if true is more than one can expect in New York City.

Maybe love should be blind and unconditional. Maybe I should be able to love my fellow human beings of the Islamic State without askng why. But to me the inklings of love come when I consider what conditions would make something like the Islamic State seem like hope.

I consider a decade of bombardment and invasion by a foreign power, and a ruthless civil war in which no foreign savior came to the rescue, except by saturating the land with weapons. I consider a century of fake borders drawn up by distant powers. Watching a band of fighters bulldoze away part of the border between Syria and Iraq, citing as they do the obscure (to us) Sykes-Picot Agreement that made it, I feel a bit of love for them. There are borders I’d like to bulldoze, too.

Papists like us should be the first to sympathize even a little with the urge toward a temporal theocracy. We recognize that spiritual power is not wholly separate from holding some turf in the geopolitical world. In a world of states, having a state of one’s own can mean a voice, a seat at the table, a place to call home.

When people dismiss the Islamic State’s aspiration to a caliphate a medieval throwback, we bite our tongues. There’s stuff about the Middle Ages that we continue learning from as well. And there’s stuff about the European-style nationalism imposed on the Middle East that we know to be idolatrous and demonic, though we usually keep that to ourselves and salute our flags. It’s eerie to notice that a brutal caliphate might seem more sensible to people than the occupied fiefdoms of the Levant. Arbitrary lines in the sand make the medieval model look quite appealing in comparison.

We Catholics have probably all gotten into arguments about the Crusades, on one side or another. And if we can find sympathy for those particular exercises in bloodlust, perhaps it’s because we remember that at the time Europe was under seige by a fearsome foreign power at its gates. That might be what it feels like to have U.S. military bases scattered across one’s region, U.S. soldiers kicking down families’ doors, a regime ousted every few years. If the Islamic State ever comes to get us here, it will be because we are there.

Pope Francis said with regard to the Islamic State, “Let no one consider themselves to be the ‘armor’ of God while planning and carrying out acts of violence and oppression.” This applies to us as well.

It applies to gruesome beheadings circulated on YouTube, but it also applies to our imprecise executions from on high by drone. It applies to the conquest of territory by black-clad militias or by well-trained Marines. We all have to watch out for the temptation to claim God’s blessing on our violence.

We’ll be hearing Catholics talk more about just war. Many will say this war on the Islamic State is just. But resistance to invasion, occupation and exploitation—that can be justified, too. Of course the worst horrors and evils cannot. But watch: We will be quick to excuse those we commit. The Jewish sages shuddered at the mix of righteousness and error that motivates violence. “The sword comes into the world for the delay of justice, and for the perversion of justice, and on account of the offence of those who interpret the Torah”—or the Qur’an or the Bible—“not according to its true sense,” they said.

Love asks that we treat our enemies as we’d treat ourselves, that we notice our own sin before denouncing theirs. Love means that we cannot deal with a problem by merely destroying what we perceive to be its source. It means noticing that the source is also within ourselves. Late at night I feel a melancholy for the thing we are trying to destroy, which we think is the Islamic State but is somehow really us.

Pope Francis put it well, too. “For all the victims of the mindless wars, in every age, humanity needs to weep,” he recently said. “And this is the time to weep.”