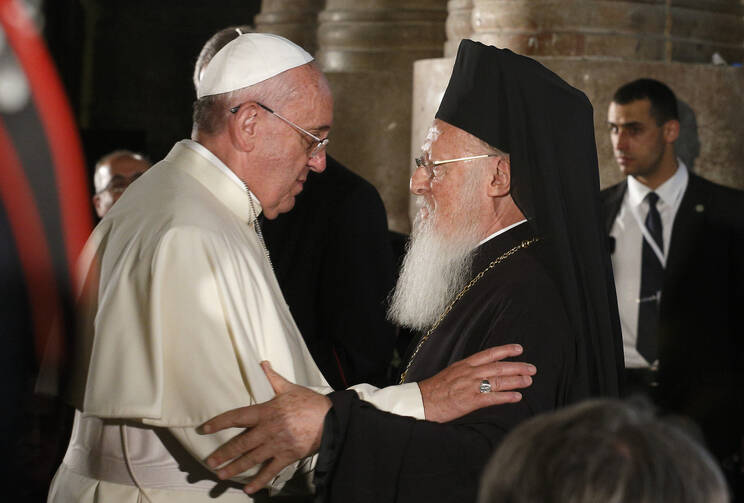 This is from our file on "news that is generating a lot of speculation, but we don't know what to make of it—yet." In an interview with AsiaNews, the Ecumenical Patriarch of Constantinople Bartholomew I nonchalantly noted that we, meaning himself and Pope Francis, "agreed to leave as a legacy to ourselves and our successors a gathering in Nicaea in 2025, to celebrate together, after 17 centuries, the first truly ecumenical synod, where the Creed was first promulgated."

Needless to say we will be attempting to understand precisely the nature of this meeting (is it a conference? Dare it be called a council?) in Nicea in the coming days.

Now 2025 is a long way off and Bartholomew indicated there will be many steps along the way. "The dialogue for unity between Catholics and Orthodox," the patriarch told AsiaNews, "will start again from Jerusalem. In this city, in the autumn, a meeting of the Catholic-Orthodox Joint Commission  will be held hosted by the Greek-Orthodox patriarch Theophilos III. It is a long journey in which we all must be committed without hypocrisy."