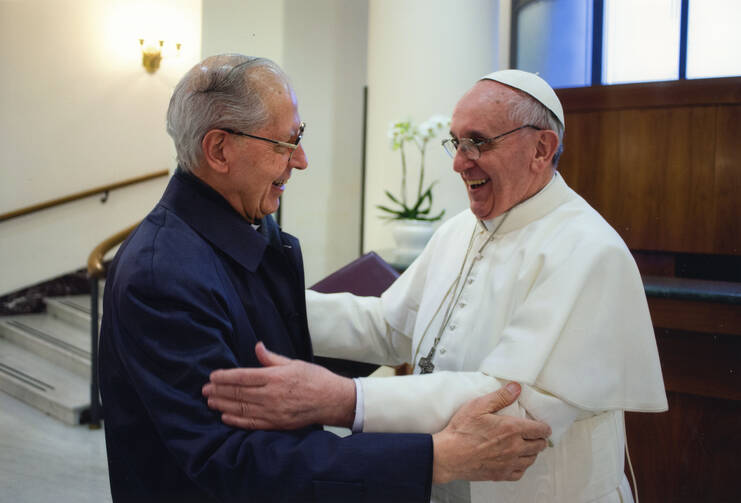 The Jesuit Curia has just released this great photo of Pope Francis greeting Adolfo Nicolas, SJ, Superior General of the Society of Jesus, at the Casa Santa Marta, on Sunday.  Father General came at the invitation of the Holy Father, and promised him all the resources of the Society of Jesus.  As Father General wrote (see post below): "At the personal invitation of the Pope Francis, I went to the Santa Marta House, which had been used for the Cardinals present at the Conclave, at 5:30 p.m. He was at the entrance and received me with the usual Jesuit embrace.  We had a few pictures taken, at his request, and at my apologies for not keeping protocol he insisted that I treat him like any other Jesuit, at the Tu level, so I did not have to worry about treatments, 'Holiness" or 'Holy Father.'"  (Photo credit: L'Osservatore Romano)