The Most Serious Challenge to Vocations Today: What the Visitation Report Missed 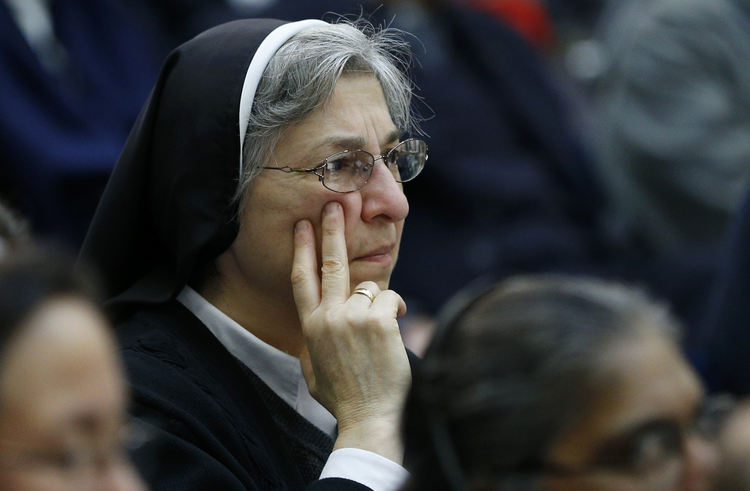 The Apostolic Visitation Final Report has been awaited, variously, with expectation, fear, or indifference by both American women religious and the larger church. In our currently polarized ideological climate, some looked forward to a document that would expose the sisters’ waywardness and demand specific reforms. Others viewed such an outcome with deep dread. Still others were so alienated from any initiative emanating from the hierarchy that they had already resolved to ignore it completely.

The Report itself challenges the preconceptions of all three groups. On the one hand, it is uniformly positive in its commendation of American sisters and their leadership. While naming the serious threats to the very existence of many congregations—rising median age, few or no vocations, scattered ministries requiring many to live singly, difficulties in surfacing and training a younger cohort of members for leadership, financial difficulties—the Report contains no trace of some critics’ facile and simplistic attribution of these problems to the sisters’ supposed “radical feminism,” or their recalcitrant refusal to follow the magisterium.

Those who had dreaded the Report, on the other hand, undoubtedly were pleasantly surprised both by its positive tone and by its frank acknowledgement (section 11, paragraph 3) of their fears. But the pressing problems of shrinking numbers, rising median ages, declining or non-existent leadership pools, and financial straits still remain and must be dealt with. The Report also contains observations regarding the desire of potential entrants to live communally and to be externally recognizable that will challenge many congregations. The Report advances six requests: that the sisters evaluate their initial and ongoing formation, their members’ actual practice of prayer, and the conformity of their spirituality and ministry to Catholic teaching; that they reflect on and strengthen their communal life; that they clearly define the difference between vowed and associate membership; and that they balance wise stewardship of their resources with a witness to poverty. It would be a serious mistake, I believe, for a congregation not to face fully the challenges which these requests require if they are to be taken seriously.

The most serious challenge to the future of religious life for women in the United States, however, was not addressed in this Report. This is the increasing alienation of American Catholic women in general from the church. As I have noted before (“A Lost Generation?” 2/20/12), the youngest generation of Catholic women in this country are less likely than their male age peers to go to Mass, less likely to agree with church teachings, and more likely to leave Catholicism altogether. This is the first generation for whom this is true—and it is true for Catholics only, not for Protestants. Obviously, if this alienation continues, few if any American Catholic women will be interested in entering religious life in the future. I was encouraged to read the Report’s recommendation that the Year of Consecrated be an opportunity to strengthen the bonds between the two conferences of women religious, and between the women religious and their bishops and pastors. The church has a vast treasury of spirituality and spiritual practices which many people today long for without knowing it.  Women, as the Report notes, make an “indispensable and unique contribution” to the life of the church which has not always been recognized in the past. Each will be impoverished without the other. It is my hope that the Report will contribute to the efforts of women religious in the United States to model the treasures of Catholicism to women, and the gifts and “indispensable contributions of women” to the Catholic Church.